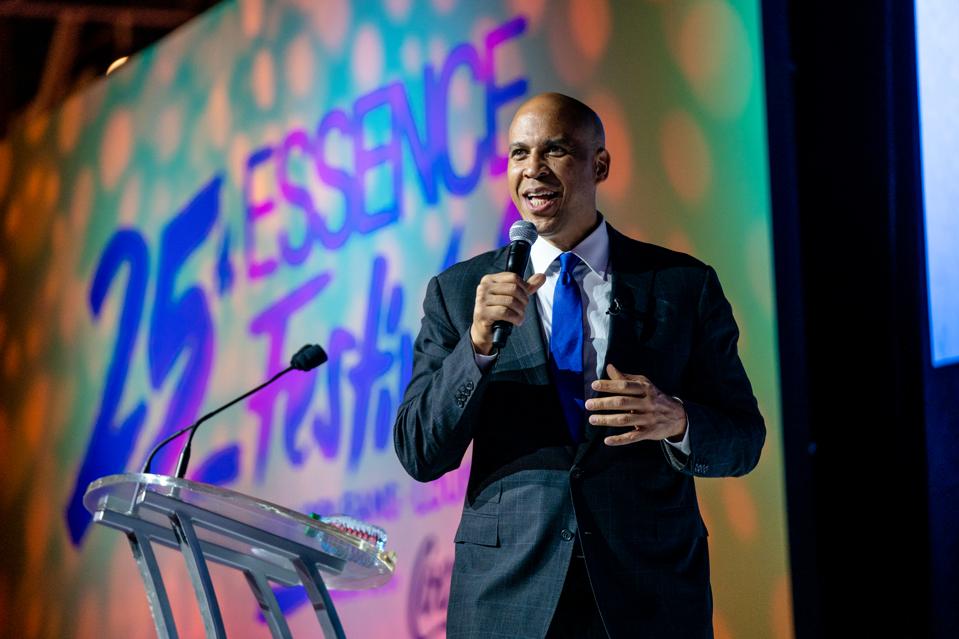 Democratic presidential candidates finally are beginning to talk about long-term care for older adults and younger people with disabilities. That’s good. Their ideas, not so much.

This week, New Jersey senator and presidential contender Cory Booker became the first Democrat in the race to propose a relatively detailed long-term care plan. He deserves credit for raising an issue that, until now, has mostly been ignored by the nearly two-dozen presidential hopefuls. His idea is based largely on a major expansion of Medicaid long-term services and supports (LTSS). It is ambitious, probably very expensive, and built around the wrong government program.

So far, the only other candidate who has addressed long-term care is Senator Bernie Sanders (I-VT). He’d include home-based care in Medicare for All but says little about either the benefit design or who would be eligible. Those living in nursing homes or other facilities would continue to receive Medicaid, assuming they were otherwise eligible. Booker, along with at least two other Democratic presidential hopefuls, has signed on to the Sanders plan as well.

But with his own proposal, Booker is much more specific. His idea: Make Medicaid LTSS available to millions more older adults and nearly all younger people with disabilities. He’d do it through a major expansion of Medicaid’s financial eligibility rules. He would not change eligibility standards for level of frailty or medical need.

While Medicaid’s financial rules vary by state, an unmarried older adult generally is not eligible for LTSS benefits if she has income of more than about $770-a-month and total financial assets of more than $2,000 (the rules for married couples are more generous). Booker would increase Medicaid’s income limit to 300 percent of the federal poverty line (about $36,000 for a single or $49,000 for a couple in 2019) and the boost the asset cap to $200,000. Those with higher income and assets could buy into Medicaid LTSS, with their out-of-pocket costs rising with their ability to pay.

A rough back-of-the envelope calculation: Booker’s Medicaid LTSS benefit would cover something like half of all older adults (assuming they also were sufficiently frail). For example, 80 year-olds—the age when many will need LTSS—have median household income of about $42,000 and net worth (including home equity) of about $245,000, pretty much in the neighborhood of Booker’s new requirements.

Booker also would require states to increase the availability of their home and community based services (HCBS) and increase wages and benefits for direct care workers. While the states and the federal government currently share the costs of Medicaid (the federal contribution varies by state), Booker wants the feds to pay the entire cost of his Medicaid LTSS expansion.

He does not say what the plan would cost but promises to finance it by increasing taxes on estates, capital gains, and some ordinary income. His plan raises several concerns.

The biggest is that he chose Medicaid as his chassis. Nearly every other developed country in the world has created a social insurance program with mandatory participation and near-universal eligibility. True, Booker’s new eligibility rules are very generous. But he still is sticking with Medicaid—a social welfare program where only some people will be eligible for benefits, while others pay the taxes to fund it.

For reasons of both political sustainability and fiscal prudence, I much prefer public social insurance. Booker could have made Medicare the framework for his new program, a step that also could better integrate LTSS with medical care. Yet, he wants to keep long-term care as primarily a social welfare program.

There are other problems as well:

Booker is absolutely right to update Medicaid’s financial eligibility rules. A $2,000 asset limit in 2019 is absurd. But Medicaid should be a backstop to a public insurance program, not the primary payer of long-term care in the US.