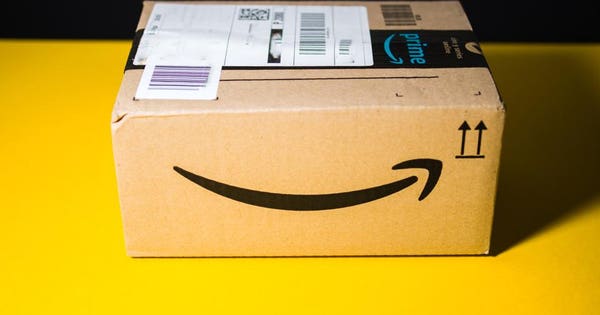 Let’s talk a minute about a service that there’s a fairly decent chance you already use: Amazon Prime.

Unless things have taken a drastic change for the worse since Amazon’s big admission last year, more than a hundred million people worldwide are currently subscribed to Amazon Prime.

I know there are a whole lot more people on planet Earth than a hundred million. But that’s still a pretty impressive market to have amassed nonetheless.

For that matter, even if you’re not among that number – and even if you have no intention of ever being wooed that way – you no doubt know about it. Amazon’s been pushing its Prime business for 14 years, and it’s been getting successively more aggressive about it too.

So you no doubt know that, when you pay the $99 annual fee to be part of this club… you get:

How can anyone compete with that?

The Future Is Online

That’s the short list of reasons why malls and the real estate investment trusts (REITs) that own them are currently struggling. Once a main place to get clothing, shoes, accessories, music, games, and an assortment of other items… malls are much more “meh” now, to quote the kids these days.

That means they’re not quite the place to see and be seen anymore. Who wants to go outside when you can just chat with your friends online anyway?

And, for adults, who has time to go outside anyway? It’s much easier to just click a button and buy what you need to buy that way instead.

That’s the kind of mentality brick-and-mortar stores are up against these days. With Amazon Prime no doubt adding new subscribers every day, what’s a mall REIT to do?

Worse yet, it’s not just Amazon Prime they have to contend with. There are plenty of other much smaller online companies popping up everywhere. They’re ready, willing and capable of eating into traditional retailers’ market share.

That’s why many people – investors and non-investors alike – think that mall REITs have one thing and only one thing left to do: collapse and die. Just give in to the inevitable already and give up altogether.

The future is online, they say, and there’s nothing anyone can do to stop it.

Don’t Count Brick and Mortar Out Quite Yet

To a certain degree, I’ll be the first person to admit that those critics are correct. Online sales are a big deal, and woe to the retailer or collection of retailers who don’t recognize that.

Yet, despite the best efforts of Amazon, brick and mortar stores aren’t going away so soon. Why do you think the online king bought up Whole Foods two years ago in the first place?

Because it recognizes the benefits of brick and mortar too.

Actually, scratch that. It recognizes the benefits of an omnichannel strategy, where businesses have both an online presence and in-store visibility.

That’s certainly how Whole Foods and so many other grocery stores are operating these days. They’ll have their physical buildings where customers can go to shop for themselves… and then their online order functioning, where people can either have their food delivered or pick them up curbside.

“Yes, but that’s different,” many might want to argue. “That’s good for groceries: for staples that malls don’t include.”

Even so, regular retailers are finding they can have their brick-and-mortar cake and eat it too through this same strategy. Believe it or not, the crowd that still wants to buy their clothes and such in-store remains sizable. So incentivizing them to come in and spend money is still worthwhile…

Just as long as they’re also making it easy for the more trendy crowd to buy their products online.

These Mall REITs Are Already Doing That

Recognizing that, the best and brightest mall REITs are being more selective in who they sign on.

Take Simon Property Group (SPG) for example, a gigantic ($75 billion enterprise value) mall REIT that has generated very steady earnings and dividend growth since the last recession. The company has increased the dividend at an impressive rate of 14% per year since 2011.

The health of Simon’s business model can be reflected in the company’s fortress balance sheet. Simon’s leverage ratio is 5.1, the lowest in the mall REIT sector, and its interest coverage ratio of 5.1, head and shoulders above the sector average of 3.4.

While the “Amazon effect” has forced a number of store closures, and Simon isn’t immune, the company has actually generated impressive results, such as sales per square foot rising 5.3%, to $661 in Q1-19. Also, over the past 16 years, Simon’s average occupancy has been 94.4% and its average lease spread 15.6%.

Taubman Centers (TCO), another mall REIT, has a portfolio of some of the highest quality retail properties ($919 per square foot). The company’s portfolio of assets average between A+ and A-quality, with roughly 80% of all mall asset value being held in A malls.

What makes Taubman a compelling investment is that the company is a landlord to luxury retailers and that has proven to be a competitive advantage since the landlord has pricing power. There are a limited number of A-rated malls in the U.S. and Taubman’s tenants can showcase their brand in the best markets possible.

Impressively Taubman has never once reduced its dividend since the IPO in 1992, and more remarkably is the fact that Taubman is the only mall REIT that did not reduce its dividend during the Great Recession… when it maintained an all-cash dividend throughout the year.

Finally, Tanger Outlets (SKT), the only pure play outlet center REIT, is seeing the widest margin of safety (discount), shares have been beaten down by 20% year-to-date. Recognizing that Tanger has no department stores in the portfolio, the company has managed to maintain impressive occupancy of 95% or higher (over the last 26 years).

Because Tanger has no department stores, it doesn’t have to worry about redevelopment costs and replacing failed departments stores like the other mall REITs. Tanger maintains cushion of free cash flow (after dividends) and the company enjoys the lowest payout ratio (of around 60%) in the mall REIT sector.

Furthermore, Tanger is the only mall REIT that has increased its dividend every single year, and that record makes this particular REIT a true outlier in terms of its stability and predictability.

I own shares in SPG, TCO, and SKT