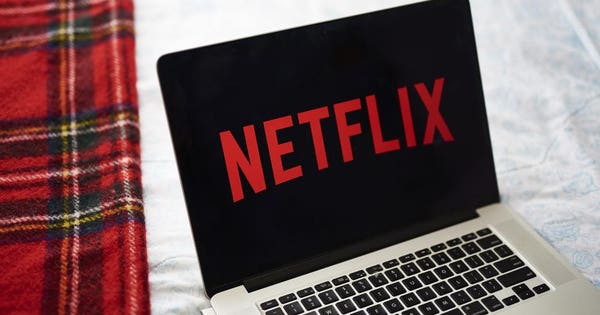 Netflix is the new Tesla. On Wall Street, that is.

That’s why the shares of both companies command high earnings multiples—see Table 1.

Apparently, investors focus on the news that reinforce the hype for the theme behind the two companies, rather than on their fundamentals.

That’s a strategy that has worked well for those investors who joined the party early on. Both stocks have been among the top performers on Wall Street over the last ten years, beating major market averages by a big margin—see Chart.

But the strategy hasn’t worked well for investors who joined the party last year. Both stocks have declined in the last twelve months, lagging the overall market, which moved in the other direction—see Chart.

Tesla’s and Netflix’s performance in the last 12-months

Then there’s the price behavior in the price of the two stocks in the last twelve months. It provides a good insight as to how hyped investors lose a great deal of money in hot stocks by constantly looking for good news to mitigate any bad news. Behavioral economists call it confirmation bias —a tendency for investors  to selectively look for, interpret, favor, and use information in a way that confirms their wishful thinking or convictions about a stock they have fallen in love with.

Confirmation bias is one of the many cognitive biases and systematic errors System 1 or emotional brain commits that can lead to big losses.

That’s what happened to investors who purchased Tesla’s shares last summer north of $350.

Apparently, they dashed away any news referring to company’s fundamentals, i.e., production bottlenecks, competition, and the scaling back of government incentives for electric cars. Instead, they focused on news coming out of the company regarding future models and future markets, which they believed would confirm their expectations for Tesla’s cars to take over the world.

Tesla’s twelve-month chart shows how much money these investors lost to this day.

Netflix’s investors who have been buying its shares at around $380 this year may be committing the same error, and end up losing a great deal of money, too.

Bullish investors keep on ignoring the fact that the company is losing blockbuster shows to competitors who are launching their own streaming services. They are also ignoring that Netflix’s market is reaching ever closer to the saturation point.

“Competitors are revving up their spending on content,” says Clement Thibault, Senior Analyst at Investing.com. “Now under AT&T’s umbrella, HBO is aiming to go more mainstream, stepping away from the high-quality niche to compete with Netflix. It has already grabbed Friends, one of the most popular shows on Netflix, from its own mainstream HBO Max service that will begin in 2020.”

Add Disney, Amazon, and Apple to the list. “Disney is expected to launch its streaming service in November, which will cost $7 (compared to Netflix’s $13), and will offer access to Disney-owned content, such as the Marvel and Star Wars universes,” adds Thibault. “Of course, Amazon is worth a mention even though it is an ‘old’ competitor, and it also pays to know that Apple has revealed that it will be soon launching its own Apple TV+ streaming service.”

Instead, bullish investors are focusing on news coming out from the same companies about the viewership of its own shows. Never mind the costly and uncertain proposition. “Legacy media companies have vast catalogs of movie and TV properties that have long been bought and paid for,” says Jeff Yastine is a senior equities analyst at Banyan Hill Publishing. “Netflix lacks that kind of depth, and therefore has to spend billions each year to come up with its own. Ultimately, Netflix will likely be compelled to buy one or several movie companies or other media operations in order to buy a content catalog of its own.”

Thibault agrees.  “Competition is pressuring Netflix on two fronts; the content side, and the cost side,” says Thibault.  “Netflix, as the first mainstream service of its kind, has enjoyed a dominant position in the streaming market. Netflix is dedicating billions of dollars to maintain this position, but doubt still creeps in regarding its ability to do so.”