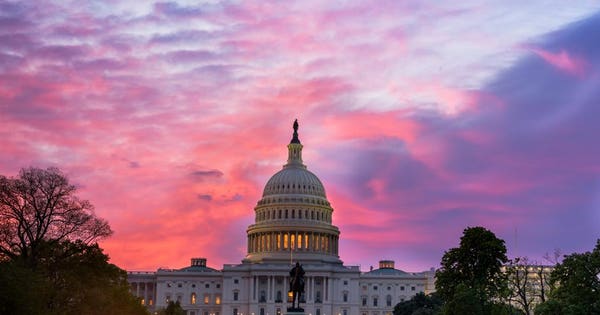 The SECURE Act (Setting Every Community Up For Retirement Enhancement, H.R. 1994)  is still working through the Senate after passing the House in May. It proposes a number of changes to retirement savings including changes to various nuts and bolts of IRAs and 401(k)s. It is not yet law. Nonetheless, it seems pretty likely to be pass in some form. A lot of the changes seem to be common sense such as broadening access to IRAs and 401(k)s  including updating the rules to reflect that retirement is now a longer period of life for many than previously. However, with these changes comes potential limitations around Stretch IRAs. It’s important to note and understand the likely impact here, though it’s really an estate planning topic more than an issue for retirement.

What Is A Stretch IRA?

First off, remember an IRA is a tax-wrapper for your investment. While investments are in the IRA they are sheltered from tax. Distributions can be tax-free too if you use a Roth IRA. Of course, that’s a good thing, if you have a choice between paying taxes on your investment income and not, then the IRA, which is essentially a tax-shield leaves with more money for the same investment performance as no tax is typically paid. Now, the SECURE act isn’t changing this fundamental process. However, the issue comes when you hold an IRA balance upon death.

Today the Stretch IRA can be a handy estate planning tool. You give the IRA to a young beneficiary in your family and the tax shield of the IRA is then stretched, potentially over decades, given the principle that an IRA is used over your life expectancy. This matters because the longer the IRA lasts, so the more investment gains and income can be shielded from taxes. An IRA that exists for a hundred years is better than one that works for just ten. That’s how the stretch IRA works today. The longer the lifetime of the beneficiary, the bigger the stretch and the bigger the tax shelter. Yet, the SECURE act could change the equation. Rather than IRA funds being spread over the lifetime of the beneficiary, they would be spread over a much shorter period, likely ten years. That’s a dramatic change for estate planning. The potential tax shield may be reduce by decades.

However, it’s also important to take a step back. For someone who uses their own IRA in retirement, and uses it for their retirement, or who passes it to their spouse as an inheritance, the SECURE Act changes virtually nothing. The primary impact is on the inherited wealth scenario, where you are looking to achieve intergenerational wealth transfer and shield those funds from tax. Make no mistake about it, in this scenario, limitations on the Stretch IRA mean more tax will likely be paid as a result.

However, it’s also important to note that for those looking to use their own IRA in retirement, if anything, IRAs are slightly improved due to the ability to still contribute after age 70 1/2 and other small improvements. As such, most typical IRA holders will be unaffected or benefit to some degree. For example, Fidelity finds that the average as of Q1 2019 the IRA balance is just over $100,000. Bear in mind that is the average and there are some IRA millionaires out there bringing the average up well above the typical savings level for most people. Nonetheless, for many people the bulk of IRA funds will be used in retirement and the intergenerational wealth scenario where the Stretch IRA helps is less relevant.

As such it’s important not to trivialize the impact of the Stretch IRA changes for those involved in intergenerational estate planning. Nonetheless, for most people it’s unlikely the Stretch IRA limitations will have a major impact. In fact, it may be some aspects of the the bill that have received less attention such as requiring plans to disclose illustrations of lifetime income and raising the cap on automatic enrollment contributions from 10% to 15% may have broader impact that help Americans get on track for a comfortable retirement.