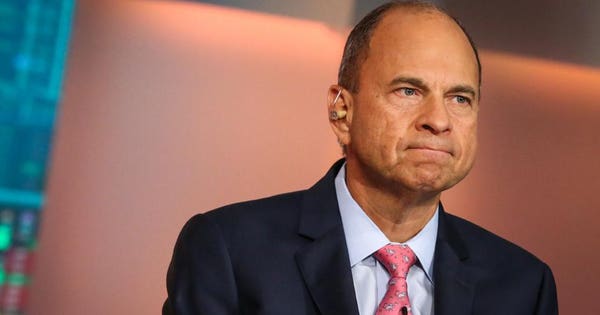 With the market hitting new all-time highs, it’s difficult to be anything other than bullish. But stocks are not as cheap as they were at the start of the year so there is more downside at this stage of the bull market. Wayne Himelsein has managed through both good times and bad, to nearly double the S&P 500’s return for more than 18 years. In good times, Wayne is buying stocks such as MSCI, Inc. that held up well during the bad times.

Ken Kam: It’s wild to watch the market on an explosive tear. I always tell clients not to make emotional investment decisions. What’s your take?

Wayne Himelsein: I could not agree with you more. Markets are fickle, and if we let them direct our emotions, we will ride the market roller coaster internally. Not healthy.

The reality of markets is that both good and bad times always end. We thus have to evaluate the enthusiasm at present with the pain we’ve recently seen.

The problem is that whatever the market felt good about (or bad about) during some period prior of time, or even yesterday, can switch directions at a moment’s notice on the heels of new information. To state the obvious, we can read the past, but we cannot know the future.

Kam: Given my experience with you, your method for managing the unknown information in the future is to stick with good stocks.

Himelsein: Picking good stocks is certainly at the core of surviving through good times and bad, but on top of that, and of equal importance, is the money management discipline. I’ve talked about this many times before; holding on to losers is a loser’s game, as is selling winners too soon.

And of note, “our” thing is usually that which peaks our passion and gets our mind turning. In other words, go with the style that aligns with you. I see so many people thinking that they should learn this method or that method because its “better”. But there is no better way to invest, as the best way is the way you can become good at, and you can only become good at something that stirs you on the inside.

Kam: Agreed. In fact, that’s why I built my Marketocracy platform. I know that each manager is an expert in their style based on their own experience and interests, and equally, that each will be ideal for some type of investor who shares those interests. Can you give an example of a stock that stands out to you as one that is worth buying even though it is no longer as cheap as it used to be?

Himelsein: I think MSCI is a good example. In line with what I mentioned above about discipline and style, my style of assessing crowd behavior through supply and demand characteristics reveals a few noteworthy aspects.

First and foremost, MSCI has been on a raging strong trend for many years. A giant plus. I like strong stocks, and have learned over the years, strength most often begets strength. Yes, there is a whole other side of the world who pursues value and cheapness, but as stated above, there is no better or worse, just what moves you!

Kam: I’ve noticed over recent discussions that you love seeing how stocks did during and post the market’s correction. This seems to be a big piece of your insight. Is this the case, and why so?

Himelsein: Yes, this is right. Feels like you’re getting to know me! I like that market tell because relative performance is a beautiful window into how the participants feel about one company versus the rest. In a past discussion, I analogized relative behavior to friends. There are those “fair-weather” friends who are there in the good times and show up for parties, and those who are there for you in thick and thin, what we’d call “real” friends.

Same with stocks. Real stocks are those that show their strength equally well in good times and bad. A stock that just goes up nicely when the market is in a good place is harder to distinguish as being a true outperformer.

With that thinking in mind, I loved the fact that MSCI fully recovered and made new highs in late February, a full two months before the broader market recovered and went on to new highs. Obviously, the demand to get into MSCI far exceeded the “general” demand levels of market participants. That says a lot.

Kam: I see that and tend to agree. Faster recovery can only mean people want to own that more than others! What else do you see?

Himelsein: The stock EXPLODED (in all caps!) after making a new high, running almost vertical, with new highs almost every day for the next few months, until late April. It then hung out almost flat through the market’s May correction, barely influenced by the falling companies around it.

This is another great reveal. So many S&P constituents are falling, and MSCI is just hanging out waiting for it to end. And when the mini correction ended, it once again leaped upward. It’s like it was just waiting, throughout the month of May, to make its new jump, but wouldn’t do so until the broader waters were calm.

Kam: Again, similar behavior of outperforming during broader market issues. In Q4 2018, it showed a quicker recovery, in May, it showed a complete brush off. But both share the quality you’re talking about. What else is there?

Himelsein: Then there’s the most recent behavior. After May, it proceeded to climb straight up yet again, pausing after its run up on around June 10th. We’re now approaching mid-July and MSCI is, roughly, where it was on June 10th. There’s been a bit of sideways movement over the prior month, albeit with higher lows, and no single breach of its level all through May.

It has not just been hanging out in over the course of late June and early July, it’s been consolidating, building up the necessary strength to leap, yet again, to new highs. It is abundantly clear that strength has consistently begotten strength, and at this very moment, is poised to continue.

My Take: Wayne started his Marketocracy fund at about the same time he started a hedge fund to manage money for high net worth investors and institutions like Millenium Partners and Hyundai Securities.

Wayne has an 18+ year track record delivering 11.79% a year while the S&P 500 returned just 5.93% for the same period. Few managers have outperformed the market for as long and by as wide a margin.

For more stocks Wayne has recently been buying, click here.

What is a ‘rolling recession’ and how does it affect consumers? Economic experts explain
Almost half of Americans think we’re already in a recession. Here’s how to prepare if they’re right
In The Famous Bird Streets Of Los Angeles, An Architectural Gem Hits The Market For $13.7 Million
Unspoilt Acreage In Montana’s Big Sky Country Hits The Market For $14 Million
Inflation Adjustments: 3 Tax Numbers All Employees Must Know In 2023