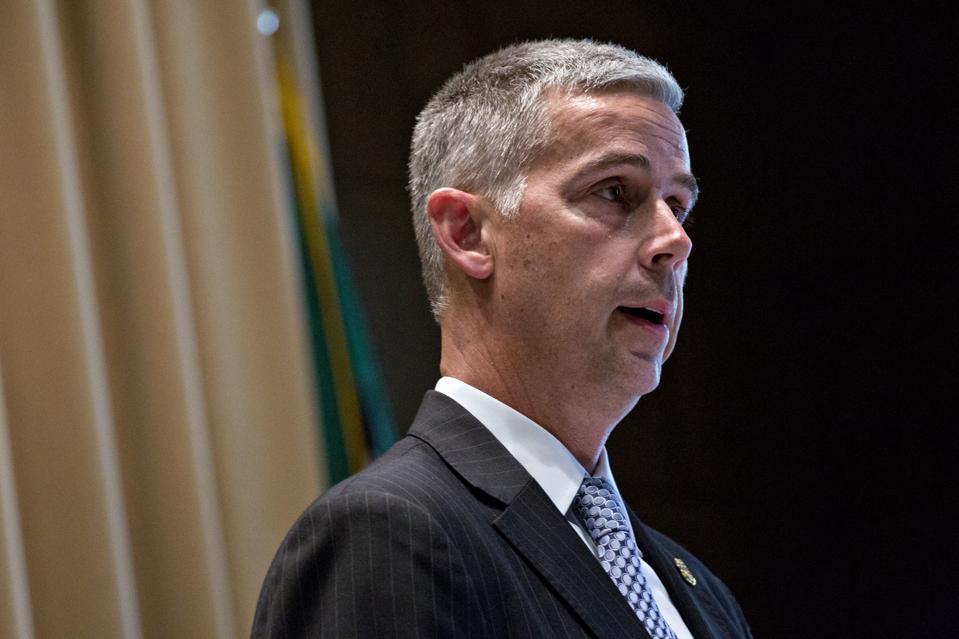 Before 1919, the Bureau of Internal Revenue did not have a criminal division. With the transfer of those six agents, that changed. Charged with pursuing tax crimes, one of those first agents, Elmer L. Irey, would lead the new crime fighting unit and change history.

At the height of Prohibition, Al “Scarface” Capone was frustrating law enforcement. The feds couldn’t make serious charges against Capone stick. So in 1928, the Secretary of the Treasury summoned Irey and told him to simply “get Capone.” Irey is said to have replied, “We’ll get right on it.” Irey and his T-men would eventually send Chicago gangster Johnny “The Fox” Torrio and Capone to jail – a feat that J. Edgar Hoover’s flashier G-Men hadn’t been able to do.

Their success in “following the money” meant that the IRS’ crime fighting unit was sought after. They not only investigated tax crimes in the early days, but were also instrumental in helping to solve the Lindbergh baby kidnapping, considered “the crime of the century.”

In July 1978, the division changed its name to IRS Criminal Investigation (IRS-CI) which is what it’s called today. According to IRS-CI Chief Don Fort, over the past 40 years, the division’s jurisdiction has expanded from exclusively tax crimes to the crimes of money laundering and violations of the Bank Secrecy Act. Fort says that this evolution occurred in the mid-80s to capitalize on the department’s unique ability to solve any type of financial crime and to aid the United States in the war on drugs and on other corrosive financial crimes. As a result, IRS-CI has been involved in bringing down some of the world’s most powerful drug kingpins – like Pablo Escobar – and white-collar fraudsters.

Today, IRS-CI is the only federal agency that devotes 100% of resources to investigating financial crimes. IRS-CI is also the only agency with jurisdiction over federal tax crimes.

According to Chief Fort, “100 years ago, false tax returns, claiming false deductions, evading payroll tax obligations were common crimes under investigation, today these crimes still continue to challenge our agents and employees, but the manner and means that the crimes are perpetrated have changed.”

Over the past century, IRS-CI has worked high profile cases including those involving Huey Long, Leona Helmsley, Whitey Bulger, Michael “The Situation” Sorrentino, Fédération Internationale de Football Association (FIFA), and the Silk Road. But, Chief Fort says, “Not every case has grabbed national attention, most every agent and employee that works or has worked for CI has never risen to prominence because of their job with IRS-CI and the cases they worked. In fact, we usually stay behind the scenes doing what we do best – work hard and work every day to protect the integrity of the US financial system.”

Today, IRS-CI is made up of nearly 3,500 employees worldwide. Nearly 2,000 of those are special agents whose investigative jurisdiction includes tax, money laundering and Bank Secrecy Act laws. Last year, the department helped identify nearly $10 billion in tax fraud and more than $10 billion in other financial crimes. Not only is IRS-CI involved in investigating crime, they’re instrumental in stopping it: since its inception in 1919, the conviction rate for IRS-CI federal tax prosecutions has never fallen below 90% (it was 91.7% in 2018).

(You can read the 2018 IRS-CI Annual Report, which downloads as a PDF, here.)