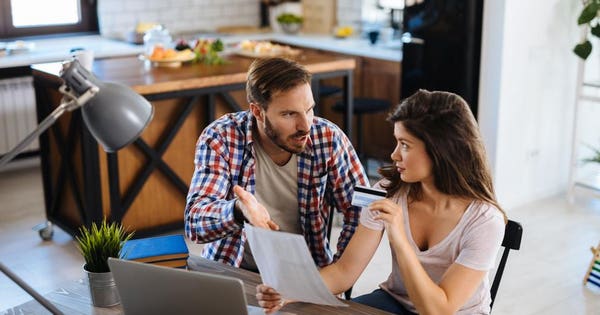 Families are getting crushed by debt again. After the mortgage crisis ended, families desperate to pay their bills, move to a new job and pay for their and their kids’ education took on ever more consumer loans. Consumer credit – student loans, auto loans and credit card debt have soared to ever new highs. This is especially true for families in the bottom half of the wealth distribution — those who had the hardest time finding new and jobs with decent wages and good benefits over the last decade since the Great Recession ended. These families are at risk of losing everything when the next recession comes. They will still have to repay that debt. They will then quickly fall behind in paying their bills when jobs disappear. This could lead to another wave of delinquencies, foreclosures and bankruptcies that will not only hurt millions of families, but also worsen the next recession and make an economic recovery harder.

People borrow money not because they want to, but because they have to. Typically families take on more debt to buy a house, a car and pay for an education. They also borrow to pay their bills when things go wrong such as a layoff, a divorce and medical emergencies.

The need to borrow has been particularly high in the past two decades. Working-class families often had a hard time finding a job, never mind a job that pays well and has good benefits, since the recession of 2001. At the same time, families faced ever higher costs for health care and education. To get out of the squeeze of low incomes and high costs, they borrowed against their houses before the Great Recession since banks offered them ever easier and riskier ways to use their most valuable asset as ATMs. We all know how that ended.

The financial crisis of 2007 to 2009 shuttered this escape hatch. But families, especially those with low and moderate incomes, still needed to find a way to get by as jobs disappeared and costs reined high. With mortgages no longer available, other debt gained in importance. Student and auto loans in particular grew to record high levels . By late 2013, total non-revolving consumer debt – mainly student and auto loans – reached a new record high of 17.6% of after-tax income, dating back to 1968. And since then, families kept on borrowing more to get ahead as this ratio soared to almost 19% of after-tax income by 2018 (see figured below). Even as families saw their incomes rise again, they went ever deeper into debt, especially by taking out student and auto loans.

Calculations Based on Federal Reserve. Release Z.1 Financial Accounts of the United States

Working-class families have especially high consumer debt levels. Families in the bottom half of the wealth distribution owed an average inflation-adjusted amount of $33,693 by March 2019, an increase of $6,136 since June 2009, when the Great Recession officially ended (see figure below).

Consumer debt tends to be more prevalent and more costly among non-white borrowers. For example, student debt burdens especially Black families. Black students are more likely to have outstanding debt when they graduated and their average loan amounts were also higher than for any other group. In 2016, they owed an average of $34,010 when they graduated with a bachelor’s degree and $22,303 when they graduated with an associate degree. Black families tend to end up with more student loans because their families have fewer resources to start with and they thus need to borrow more. They also earn less than whites after graduating, making it harder to repay their higher student loans.

Similarly, non-white families face greater burdens from auto loans. This is often a result of discriminatory lending practices, whereby Black borrowers, for example, receive worse borrowing terms than less qualified white borrowers. They then end up with higher debt payments due to higher interest rates and fees. Debt worsens long-term financial security for non-whites more than it does for whites, although all working-class families struggle with high, costly and risky consumer credit.

Consumer credit puts working-class families’ financial security at risk, even during good times. Many loans carry high interest rates. Student loans can be especially burdensome when college graduates and graduate students have a hard time finding a job that pays well enough to manage the loan repayment. Families may also end up owing more on a car loan than the car is worth. This can make it difficult to sell a car, for example, when somebody loses a job in a recession. And credit cards carry punitive interest rates and fees when families fall behind on their payments.

Families can quickly find themselves in even more financially precarious situations when they owe student, auto and credit card debt and the economy turns south. They then still owe that money, but can’t make their payments. This creates a vicious financial cycle. They become delinquent on their payments, which worsens their credit ratings, leading to higher interest rates and fees. The increase in their debt burdens ends up in more delinquencies and ultimately bankruptcies. The already-high debt levels for working-class families right now could thus worsen a recession and ultimately hold back an economic recovery as families struggle to repay their debt in a weaker labor market.

As talk about a looming recession increases, policymakers will need to tackle the threat of high consumer credit among working-class families sooner rather than later. This could mean boosting incomes through higher minimum wages, more ways for people to join a union and better overtime protections. This could also mean stricter financial regulation to reduce excessive fees for all borrowers and eliminate credit market discrimination for non-white borrowers. Waiting until the recession actually hits puts families’ and the country’s financial health at risk.