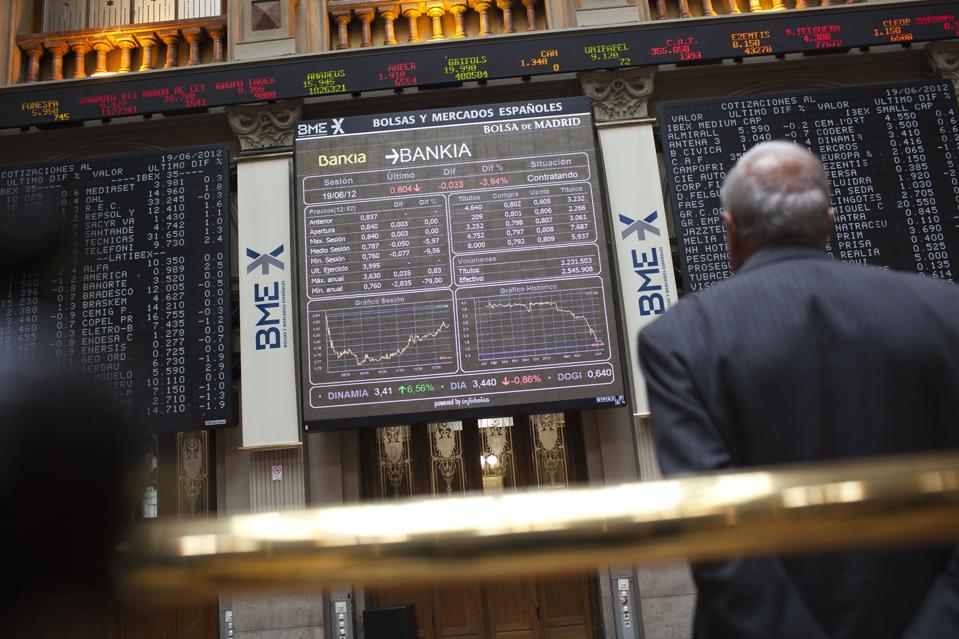 If you’re retired or a conservative investor who cannot afford to lose money, your bank certificate of deposits are about to become worthless. Or close to worthless. For sure, as the Fed cuts rates this year, and maybe in two weeks, things like bank CDs and Treasury holdings will be worth much less than they were a year ago.

You can’t go to Europe to make money in fixed income. You can’t go to Japan. If a retiree wants to make money on cash without putting it into the stock market, they have one option in the conservative fixed-income space: non-U.S. debt. If they don’t mind risk, they can buy U.S. and European junk bonds.

Investors don’t have to be highly sophisticated to buy things like Ecuador dollar denominated debt. In 2015, for example, investors bought new issue Ecuador debt and were paid 8.5% interest on it annually.

Buying individual country bonds can be a costly endeavor. It often requires large upfront investments. In the case of Ecuador bonds, some require a minimum $200,000 up front. Ecuador is not investment-grade.

The decisively dovish turn in global monetary policy this year has helped drive bond yields lower. BlackRock fixed-income strategists led by Scott Thiel said in a note published on Monday that they expect low rates to go even lower now that the Fed is poised to deliver an “insurance” policy interest rate cut as early as July 31.

Then there is the European Central Bank, which has signaled its willingness to provide bond-buying stimulus at some point in the third quarter, opening the door for more QE and other countries to follow suit, like China, whose bond market yields around 3%.

Bond traders might not mind buying a 0% yielding bond priced at around 110 if they know they can sell it later at 120. But no one holding that bond is seeing much from that trade, unless they’re selling it, too.

Sellers today are getting less yield from their bonds the next time they buy, assuming central banks keep talking about rate cuts. Thiel says investors should expect a “lower-for-longer” environment. That was not the case at the start of January, but it is now.

Against this backdrop, BlackRock upgraded their emerging-market bond positions to overweight in their 2019 midyear investment outlook report, released last week.

“Everyone who sold emerging market bonds instead of buying them last year during the short-lived dollar rally made a serious mistake,” says Jan Dehn, head of research at the London-based Ashmore Group, an $85 billion asset management firm specializing in emerging markets.

“Right now, it’s all about the Fed,” says James Barrineau, co-head of emerging market debt for Schroders in New York.

Both types of emerging-market fixed income have rallied on Fed and ECB moves to lower rates.

BlackRock thinks the rally in U.S. Treasury bond prices pre-Independence Day went a little too far. On Friday, the 10-year bond price fell and yields were back to 2.12% after hitting a low of 1.96% on July 3. Six months ago, retail investors were probably being told by their financial advisors to wait and buy Treasury bonds when the Fed “returns to normal” and interest is around 4%.

BlackRock strategists said there are still reasons to buy in on some foreign country bonds.

“We believe the rally still has room to run,” Thiel and company wrote today in reference to their favorite emerging-market fixed-income markets, like Brazil.

Fed cuts are only bullish for retail fixed-income investors looking abroad if the Fed is perceived to be ahead of the curve, says Viktor Hjort, global head of credit strategy at BNP Paribas.

But the prospects are good that this is the fifth. Why? Because they are starting early.

If the Fed doesn’t follow through with cuts, then market volatility will push emerging-market bond prices lower. That’s a potential great entry point for anyone who believes the U.S., Europe and Japan are going to keep rates low.

Some borrowers may qualify for a student loan interest deduction, despite payment pause
Democrats renew push for national paid family and medical leave program
Ticketmaster braces for Beyoncé’s ‘Renaissance’ tour amid fears of Taylor Swift-level demand
Stocks making the biggest moves before the bell: Apple, Alphabet, Amazon, Starbucks and more
Wait until age 70 to claim Social Security: ‘The return on being patient is huge,’ says economist