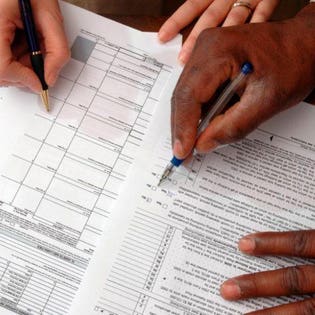 According to the second law of thermodynamics, a natural process always progresses to entropy or chaos. For the sake of argument, let’s look at the increasingly complex U.S. tax code.

Even with laws aimed to simplify the system, such as the Tax Cuts and Jobs Act (TCJA), simplification in one area — such as the standard deduction — often causes complications in other areas. This is something I’ve noticed working in a specialty tax and consulting firm. Since passage of the TCJA, the IRS has issued multiple regulations and clarifications on everything from opportunity zones to bonus depreciation to new restrictions on business interest deductibility.

Complexity in the tax code is nothing new. The tax code has evolved over the years, not only increasing in size, but also further complicating certain areas. Taxpayers and certified public accountant (CPA) firms are increasingly challenged to keep up with the changes, especially since some of the most valuable areas in the tax code have also been temporary.

For example, the 179D tax deduction, which offers a deduction of up to $1.80 per square foot for the installation of energy-efficient improvements to buildings, was a temporary measure of the tax code from 2006 until it expired in 2017. The temporary nature of the deduction compounded its complexity, as it required taxpayers to submit detailed engineering analysis and certification.

The 179D and other tax code areas now require specialists who spend their time diving into the complexities of these provisions. In the past few years alone, regulations and laws related to cost segregation have included the tangible property regulations, the Protecting Americans from Tax Hikes Act of 2015 and the TCJA. On top of these changes, court cases such as AmeriSouth XXXII, Ltd. v. Commissioner and chief counsel advice notifications such as CCA 201805001 all deal with how cost segregation studies are prepared.

Such complexities have resulted in the creation of specialty tax and advisory firms. These firms specialize in one or more of the most complicated areas of the U.S. tax code, such as cost segregation, research tax credits, transfer pricing and others. Sometimes, as in the case of transfer pricing, the extensive knowledge of international tax law is beyond the expertise that a regional firm might hold in house. In other cases, such as with opportunity zones, these are new areas of tax law that require significant time studying regulations. In both cases, outside expertise can prove useful for traditional CPA firms.

The industry’s growth has led to vastly different code interpretations. The IRS sought to address some of these discrepancies by raising the research tax credit to a Tier 1 issue. On the cost segregation side, there have been multiple court decisions, including the aforementioned AmeriSouth XXXII, Ltd. v. Commissioner and Peco Foods, Inc. & Subsidiaries v. Commissioner of the IRS.

In addition, the IRS’s chief counsel responded to overly aggressive specialty tax advisors with penalties and interest for taxpayers taking aggressive positions, such as taking parking garages as land improvements. And in 2018, the IRS issued a chief counsel memorandum clarifying that designers, not installers, are eligible to take the 179D deduction, in direct response to attempts by some firms to get deductions for clients who may not deserve them. (Note, the IRS issued this notice in 2018, nearly 11 months after the deduction expired on Dec. 31, 2017. )

In this chaotic environment, it is more important than ever for specialty tax firms to stay on top of regulations. Cost segregation, opportunity zones and other analyses require specialty knowledge and a commitment to following the constant changes in the tax code. For example, a cost segregation professional must be aware of changes to bonus depreciation and interest deduction limitations, as well as to other areas of the tax code.

That is not to say that all taxpayers need the services offered by a specialty tax firm. For many taxpayers, their day-to-day operations are not affected by these complex areas. However, for companies getting involved in complex international transactions, heavily investing in real estate or involved in manufacturing, these are areas they may want to look into to reduce their tax liability.

The good news for taxpayers is that many specialty firms work on a project basis and not an hourly basis. In my experience, most of these firms will spend time scoping and discussing the situation with the taxpayer free of charge. If a business thinks some of these areas may apply to them, there is no risk in calling a provider and discussing their situation.

Given that the complexity of the tax code is likely to continue, specialty tax and advisory firms must remain diligent about keeping up with changes as they arise. Doing so will benefit firms and taxpayers alike.

Increasing Retirement Funds By Integrating Existing Retirement Fund Sources (And By Increasing Saving For Retirement)
Your Quick Guide To Tax Refunds In 2023
Alec Baldwin charged in ‘Rust’ shooting, prosecutors say he was ‘distracted’ during training
How The IRS Might Spend Its Billions To Improve Taxpayer Services
Some of Wall Street’s biggest names are exposed to the Adani Enterprises plunge