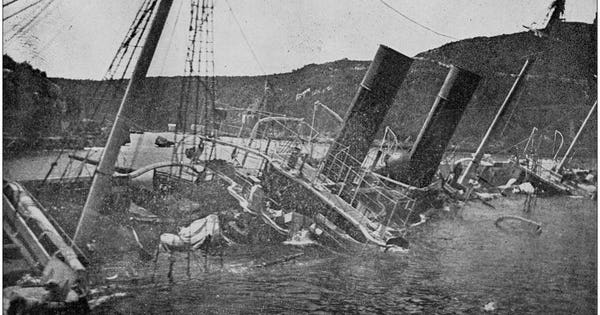 The IRS was looking for $5,167,000 in Code Section 6701 penalties (Aiding and abetting understatement of tax liability) from Martin A Kapp CPA EA.  Special Trial Judge Peter Panuthos of the Tax Court in his decision knocked it down to $3,218,000.

I don’t know if Mr.Kapp set some sort of record here.  Code Section 6701 penalties are a thousand bucks a pop.  The  5,167 assessments being disputed in the decision were from the years 2002-2006.  They relate to a tax position that was more or less beaten to death by 2000 in Tax Court but ended up with a stake driven through its heart by the Ninth Circuit in 2009.

The fundamental position is not that complicated, although it does have a poetic element to it.  Remember the song Brandy You’re A Final Girl  that was such an important element of Guardians of the Galaxy

The implication is that the real home of a sailor is on the sea.  The IRS had made a similar argument . You see when your job takes you “away from home”, you are entitled, within limits, to deduct meals, lodging and incidentals.  In order to simplify things the IRS allows you to use a per diem rate rather than keeping track of all the details. (It is an itemized deduction if you are an employee, so you can forget about it for the next few years, but that is neither here nor there as far as the case goes.)

The “home” in “away from home” has a special meaning.  For most people, it is not their principal residence or their domicile.  It is their business home – the office, the factory, the store. Or in the case of a sailor – the sea or maybe the ship is what the IRS argued.  To tell you the truth, that is not exactly what they argued.  Their position was that a sailor did not have a tax home.  I just don’t think that is poetic enough.

The Tax Court in looking at a couple of Mr Kapp’s clients concluded otherwise.  The key decision was the case of Marin Johnson in 2000.

If an individual does not have a principal place of employment, we generally deem the situs of the individual’s permanent residence to be his or her tax home.

It may well be that this decision would not have been of help to the absent love of Brandy’s life, but that is neither here nor there.

We consider a person who has neither a permanent residence nor a principal place of employment to be an itinerant without a tax home.

Here I have to take my hat off to Mr Kapp.  He built a substantial (and I would guess profitable) niche practice around this victory.  He spoke and wrote and both he and his tax views became well known among merchant seamen.  My impression is that they are a kind of a close-knit word of mouth community and having identified a common issue, Mr. Kapp was able to establish himself as the go-to guy sailor tax expert.

John Konrad of gCaptain alluded to Kapp’s reach when he wrote about it all starting to come apart in 2007 and titled his piece Merchant Mariner Deduction “Kapp-sized” By IRS.

This is a difficult pill to swallow and a source of much debate within the maritime community. I have yet to sign aboard a ship, attend a training class or participate in any gathering of U.S. mariners where this topic was not discussed… or debated.

All those sailors sitting around talking about their tax deductions.  And I thought they just sang sea shanties when they got together.

The problem with the position that Kapp was recommending and using in preparing returns and schedules for returns not prepared by him, is that he was using the rate specified for meals and incidentals, which is about ten times the rate for just incidentals.  You see Johnson was just a partial victory.  A nonitinerant sailor is “away from home” when onboard, but only entitled to the much lower incidental per-diem, because the owners of ships have an apparently universal practice of feeding their sailors.

It is not that you cannot find allowed double dipping in tax law.  “Ministers of the gospel” can deduct residence mortgage interest that is funded with tax-free housing allowances. You can deduct the appreciation on securities that you donate to charity even though you never recognized the gain.

Sailors getting to deduct the cost of going to phantom restaurants on the high seas after chowing down on the ships rations just did not get the same sort of blessing that goes to ministers of the gospel.

The decision is pretty long, but it is mainly about rules of evidence and other lawyerly matters.  What boiled down the penalties by almost $2 million was duplication in the lists that Mr Kapp had provided and a few hundred returns where the additional deduction did not reduce tax (I would think that was due to AMT).

Petitioner argues that respondent has not met his burden because respondent has not determined a specific dollar amount of understatement for each tax return or document in evidence. We conclude that the plain text of section 6701 does not create the burden of proving a specific understated amount. The statute merely requires that respondent prove petitioner knew that the tax documents he produced would result in understatements. Respondent has provided clear and convincing evidence that petitioner consistently and deliberately acted to create tax documents that he knew would deprive the Government of tax. Petitioner systematically claimed meal expenses on tax documents for mariners who had not incurred them, ignoring numerous revenue procedures, the decisions in Johnson and Westling, and the advice of his own counsel.

Lew Taishoff has The Rouges – March Part Deux, which I think includes a Kipling reference.

Today we have two more candidates for the “’ollow square” treatment.

And his summary includes a biblical reference.

STJ Panuthos quotes at length from Martin’s websites, wherein he promised the jolly tars mighty refunds. Martin apparently was unaware that, while it pays to advertise, a short glance at 2 Samuel 1:20 would counsel a lower profile.

You probably know the reference but for the benefit of the other readers, it is:

I swear you can get an almost complete liberal arts education from Mr Taishoff’s tax blog.

Erik Kroh has something behind the Law360 paywall.

Not long ago listening again to Brandy, it dawned on me that that song was greatly in need of a feminist critique.  It was a relief to me to find a blogger who goes by spiralwoman had taken care of it with “Your Loss Sailorman” OR You Don’t Need a Man to Tell You How Kickass You Are, Girl – a Hindsight Analysis of the Song Brandy. Spiralwoman conceives of a different version of the song, which is actually about Brandy rather than the nameless sailor.

In her version of the song, Brandy thinks, “Your loss, sailor man.” And in that version, she is sad for awhile. Then she paints a few erotically charged paintings of her seafaring ex-lover, pulls weeds in her garden and plants a rose bush in his honor, and releases him in a fire ceremony with some of her closest women friends who also, funnily enough, say, “Your loss, sailor man.”

Is Social Security Going To Go Bankrupt?
Millionaire Renters Have Tripled Since 2015
Ask Larry: Is There A Good Reason For My Wife To Wait Till Her FRA To Take Social Security?
Peloton CEO doesn’t care that its equipment is losing money, sees path forward in the app
Not a fan of cruising? The hack that could change your mind