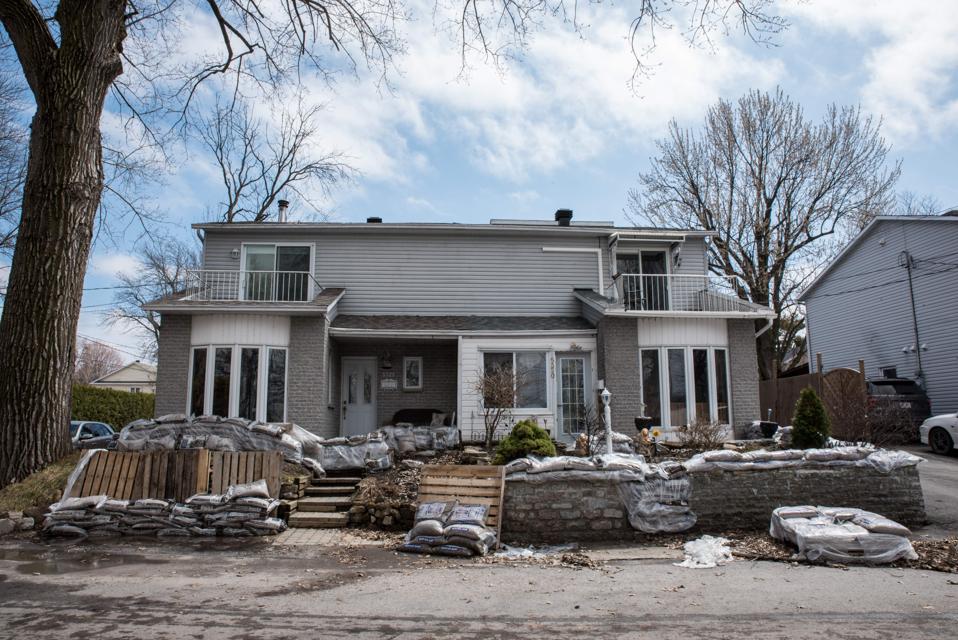 As Tropical Storm Barry closes in on the Gulf Coast, possibly as a hurricane, the window of opportunity is shrinking for residents who don’t have a comprehensive disaster preparedness plan in place.

In fact, a survey in June by the Private Risk Management Association (PRMA) of nearly 100 insurance agents revealed that homeowners continue to be overly optimistic about their safety and property in the event of a natural disaster.

Seventy percent of agents stated that fewer than 50% of their clients evacuate when a category 3 hurricane or greater is forecast to significantly affect their region. Sixty-five percent say less than 10% of their clients take proactive measures, or risk mitigation plans, to protect their property such as installing inflatable barriers to prevent flood waters from entering the homes or moving collections and valuables to a secure off-site location.

Eighty-six percent of the survey respondents believe that fewer than 50% of their clients have a comprehensive hurricane preparedness plan, and 50% state that their clients only update their disaster plans after being affected by a weather event.

“With this tropical storm brewing, the availability to get or change insurance will dramatically change,” said Lisa Lindsay, executive director of PRMA, a nonprofit educational organization that aims to educate insurance agents so they can better advise homeowners.

“What will happen is insurance companies will stop binding coverages,” she said, explaining that homeowners would be prevented from getting new coverage put in place.

“You won’t be able to go out and get a flood policy because there is a 30-day waiting period,” said Lindsay. “Whenever there is a pending storm or hurricane, it dramatically changes the ability to change or get new insurance, which is why we recommend disaster preparedness planning.”

In 2018, there were 11 weather disaster events in the United States that had losses exceeding $1 billion, according to the National Oceanic and Atmospheric Administration.

“Homeowners tend to adopt the mindset that it’s not going to happen to me because, one, it’s never happened, or I just don’t want to think about it,” said Lindsay. “We’re not seeing people proactively putting together comprehensive preparedness plans. In fact, our survey suggests that a majority of our agents believe that less than 50% of their clients have a comprehensive preparedness plan.”

PRMA aims to change that mindset and complacency through education and working with its members.

The organization’s survey focused on hurricanes, but Lindsay said the research is applicable to any natural disaster, whether it is the recent earthquakes and aftershocks that have rocked California or twisters in Tornado Alley.

“We’ve heard on the news that since California hasn’t been hit with earthquakes in recent years that people have become complacent,” said Lindsay. “They didn’t have their go bags. They didn’t have the necessary things they should have in their home or office should an earthquake hit. So we believe that through education and talking about these things that we can help people be better prepared for whatever emergency lies ahead.”

Lindsay says the effects of natural disasters are less severe for residents who finalize their evacuation plans to think about what they are going to take with them and safeguard as many items as possible that they will be leaving behind.

“People have to take action,” she said. “They shouldn’t just be sitting there waiting for things to progress.”

A family may not be together if a disaster strikes, so it is important to know which types of disasters could affect your area.

“If you’re in a hurricane area, you might identify a hurricane, wind storm and flooding as likely to happen,” said Lindsay. “Then you’re going to work on creating an action plan, and that action plan entails who’s going to be responsible for what, whether it’s being in charge of pets, family medications, family contacts, your disaster kit, and then coming up with a detailed communication plan. And by that, we mean ensuring that all family members are accounted for or safely have access to necessary resources. All of those plans take into account personal safety and protection of property.”

Ready.gov, the official website of the Department of Homeland Security, offers a guide for creating an emergency plan before a disaster strikes.

Lindsay said all homeowners should have some type of flood insurance policy in place, pointing out the recent flash flood emergency in Washington, D.C. as an example of a weather-related threat that could happen anywhere.

“All  50 states have experienced flood disasters, and everyone lives in a flood zone regardless of whether they live near a body of water,” she explained.

“If you think about the way people think of flooding historically through the National Flood Insurance Program, there are high-risk areas, and there are lower-risk areas,” said Lindsay. “So every area ends up being mapped out in a flood zone. Our theory is that FEMA (Federal Emergency Management Agency) and the way they have mapped out flood zones is antiquated because they are not taking into account a lot of the other parameters like the effect of storm surge. They are not taking into account the parameters on the changes in soil density and runoffs. There are firms that can do a more comprehensive flood risk mapping, and that’s a more realistic indication of their flood risk than relying on the National Flood Insurance Program.”

“I liken this whole preparedness discussion to an estate planning discussion,” she said. “We all know we should have an up-to-date estate plan. We all know we should have a will and health care directives and all that. But the last time I spoke to an estate attorney, she told me that on average 64% of people don’t have an up-to-date estate plan or will. And it’s because it’s not something they are comfortable doing. And I believe that’s the reason some people just don’t jump on putting together a preparedness plan. That’s why we as an association with our members want to lead the charge and help them step by step put this together. Because it’s the same scenario.”