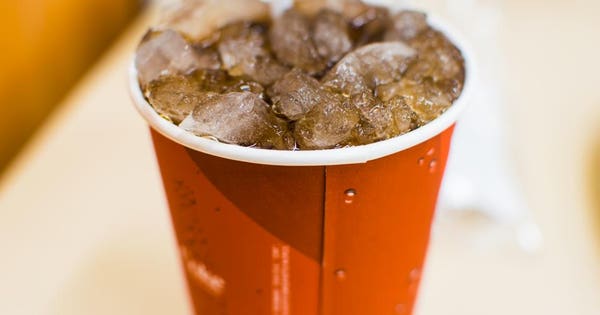 PepsiCo, Inc. is beating the Coca-Cola Company on Wall Street.

But both companies have underperformed the overall market—see table 1.

That’s the third year in a row PepsiCo has outperformed Coke on Wall Street—see table 2.

Pepsi’s superior performance on Wall Street may surprise followers and fans of the two brands. Coca-Cola has a stronger brand than PepsiCo. It ranks number 6 on Forbes World’s Most Valuable brands compared to a ranking of 29 for Pepsi—see table 4.

PepsiCo is twice the size of Coca-Cola in terms of revenues—see Table 5. And that gives it an efficiency advantage over Coke.  PepsiCo’s Return on Assets, which is higher than those of Coca-Cola—see first table 6.

Then there’s PepsiCo’s scope–diversification beyond carbonated drinks to snacks, which have been seen strong growth in recent years – has helped.

And things look up in the near future, according to Haris Anwar, Senior Analyst at global financial markets platform Investing.com. “Pepsi stock is in a much better position to outperform Coke in the short-to-medium-term. Pepsi has many positive catalysts helping the beverage company to achieve earnings momentum,” says Anwar.

He sees the company’s diversification into snack business as a source of competitive advantage over Coke. “For example, its success with snacks is something that Coke hasn’t been able to match, says Anwar. “Its Frito-Lay business, which owns Doritos, Cheetos and Sun Chips, has been showing stronger growth in sales and operating profit  over the past few years. This competitive advantage, coupled with the company’s success from its water business, will continue to help Pepsi stock and keep its momentum going.”

Meanwhile, Coke is trying to create its own competitive advantage by diversifying into the coffee business. “Coke, on the other hand, will need quickly to diversify its revenue away from sugary soda drinks amid fast changing consumer preferences,” adds Anwar. “Coke’s $5-billion deal to buy UK-based Costa Coffee is one great opportunity for the company to accelerate growth via the most robust segment of the non-alcoholic beverage marketplace. With 3,800 stores, Costa affords Coke a global retail presence and a hedge against slowing soda sales. But it depends how quickly Coke starts to show the benefit of this deal to investors.”

We’ll know a year from now.

Silvergate Capital shares jump after BlackRock reports increased stake in the crypto bank
Bill Gates says Elon Musk’s ambition to colonize Mars is not a good use of money
Before you enroll in Medicare, what to know about new rules that eliminate coverage gaps
Real Estate Buyers Are Not Liars, Agents Just Need To Listen
How The IRS Might Spend Its Billions To Improve Taxpayer Services