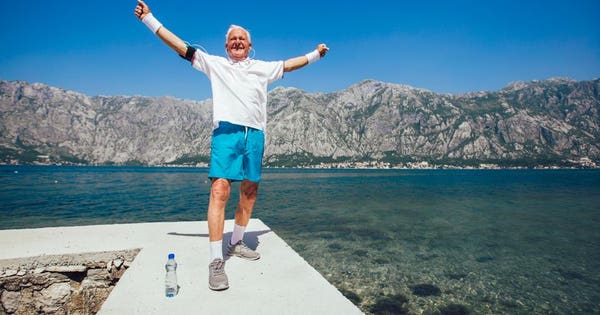 Once again, stories are circulating on the Internet that working longer can cause you to die sooner, while retiring early might enable you to extend your lifespan by many years. This post quotes an urban legend study that just won’t die: Supposedly Boeing and Lockheed Martin employees who retired at age 65 only lived for 18 months on average after they retired, while those who retired in their early to mid-50s lived until their early to mid-80s.

Moments after I read the above post, a friend asked for my opinion about another post that cited the same study with the same conclusion. If the proverbial “they” did a study and you read it on the Internet, it must be right? Wrong!

I had first-hand experience with Lockheed Martin’s pension plans, serving on the team of actuaries that prepared actuarial valuations of the company’s pension plans from 1981 to 2002. Every few years, we’d conduct rigorous experience studies that used several years of the aerospace giant’s participant census data to determine the ages at death of their retirees. Based on these studies, there is absolutely no evidence that supports the conclusion that employees who delayed retirement until age 65 lived on average just 18 more months.

Based on my real-life experience with Lockheed Martin, I suspected that the evidence from Boeing might have revealed similar results. I found supporting evidence on Snopes.com, the Internet’s fact-checking resource that investigates urban legends, hoaxes, and folklore. Here’s a link to a 2002 post on Snopes.com that quotes a Boeing representative:

“According to Julie Curtis, Boeing’s director of actuarial services, this graph has no basis in fact. It, and charts like it, have circulated for at least 20 years and, ‘although completely untrue, have become an urban legend.’ Curtis states flatly, ‘Just as important, our data show that the life expectancy of a Boeing retiree does not depend on the age at retirement.’ ”

The graph mentioned in the above quote “shows” that late retirees live shorter lives.

To gain more insights into the relationship between working, retirement, and longevity, I contacted a former colleague of mine at the Stanford Center on Longevity — Dawn Carr, who’s now an associate professor at Florida State University and a faculty associate of the Pepper Institute on Aging and Public Policy. Carr’s research focuses on the way in which engaging in paid work, volunteering, and caregiving shapes cognitive, psychological, and functional health. Carr states, “There is no credible evidence that supports the conclusion that retirement — at any age — is a causal factor in a person’s longevity. How long you will live generally results from a number of factors, including your overall health, socio-economic status, and education.”

In fact, Carr recently published a paper that finds correlations between working longer with increased health and longevity. Similarly, several years ago, I wrote about research showing that older workers have lower death rates than retirees of the same age.

When interpreting these types of statistical studies, it’s easy to draw misleading conclusions by confusing correlation with causation. For example, suppose you read a study that people who retire very early live longer than people who retire late in life. Does early retirement cause them to live longer? Or do they live longer because people who can afford to retire very early have more money and more education than the population at large, two factors which have been shown to contribute to living longer.

On the other hand, suppose you find another study that shows early retirees die sooner than those who retire later. Did early retirement cause them to die sooner? Another possibility, however, is that some people retire early because they’re in poor health, and they die sooner than the population at large (which would happen whether they were working or not).

The fact is, working longer is a reasonable response to the longer lives that we’re all living and the modest levels of savings that many older workers have accumulated. You can significantly increase your ultimate retirement income by delaying retirement, even for a few years. And several surveys confirm that many older workers want to work into their late 60s and early 70s. We don’t want frighten these older workers with misleading stories claiming that you’ll die sooner if you work longer.

Want to live a long time? The longevity research confirms the common sense advice you may have heard from your Grandma:

Adopting these steps will increase the odds that you’ll live long and prosper!