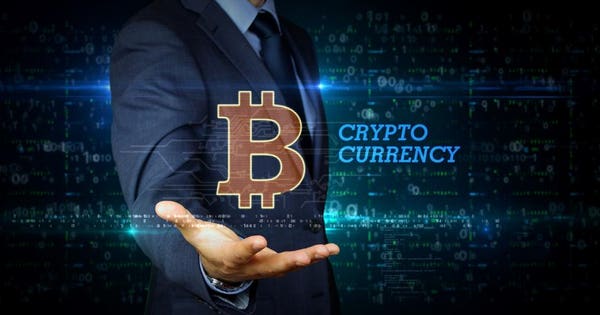 Trade wars and easy money are turning major cryptocurrencies into the new “safe havens.” And that could send their prices to new highs.

There was a time when gold and US Treasuries serve as “safe havens,” the assets investors parked their cash in during times global uncertainties, fueled by trade wars and other negative events. But nowadays, gold is beginning to lose its luster as a safe haven, due to the strong dollar and the high “carry” cost.

US Treasuries continue to serve as a safe haven, but they are at risk of a China sell-off. China is holding over one-trillion dollars of them, and it could crash the market should it decide to use it as a weapon in the on-going US-China trade war.

That leaves major cryptocurrencies as a good alternative to gold and US Treasuries. Sort of, as the market risks and the exchange risks are enormous.

Still, some experts think that major cryptocurrencies have gotten a boost from the trade war, which has magnified global risks and uncertainties.

Nisa Amoils, a venture capitalist with New York Angels, is one of them.

“While infrastructure build-out and Facebook’s Libra have validated the space in recent months, this continues to be a macro story,” says Amoils. “The largest catalyst continues to be the deteriorating global macro backdrop, which continues to support digital assets, especially Bitcoin and to a lesser extent the innovative ‘decentralized finance’ movement occurring on top of the Ethereum protocol.”

Amoils sees Bitcoin taking the place of gold as a safe haven.

“With fears of the end of the equity bull market in the US, China and Europe currency manipulations, and banking problems in Europe, it appears that Bitcoin in real time has taken on safe haven characteristics of “digital gold” (in fact similar price patterns in both gold and bitcoin this week),” she says.

Not everyone agrees that Bitcoin is the new gold.  Deric Scott, Vice President of Metals.com, is one of those who demurs. “Gold is universally accepted as currency around the world and has been for nearly 6,000 years,” says Scott. “It’s tangibility and anonymity make it very appealing for people looking to retain what little shred of privacy we as a collective society still have.”

Besides, gold doesn’t rely on the Internet to change owners. “With gold increasing in dollar value approximately 450% since the year 2000 it’s a nice way to store wealth that is still accessible even when the power or Wifi is out,” adds Scott. “You won’t be accessing your digital currency wallet when you’re taken off the grid.”

At any rate, both Bitcoin and gold could get a further boost, as trade wars persist.

Meanwhile, there’s easy money. Central banks are getting ready for another round of easing, and that could be positive for speculative assets, including major cryptocurrencies– and push their prices to new highs, given their limited supply.

[Ed. note: Investing in cryptocoins or tokens is highly speculative and the market is largely unregulated. Anyone considering it should be prepared to lose their entire investment. Disclosure: I don’t own any Bitcoin.]

Gallery: The World’s Most Influential CMOs 2019

Stocks making the biggest moves after hours: Intel, Visa, Hasbro and more
How ‘Skinamarink’ made $1.5 million on a $15,000 budget
Stocks making the biggest moves midday: Wayfair, Meta, Apple, Spotify, Qualcomm and more
Ask Larry: Will Filing Early Lower My Wife’s Social Security Spousal Benefit?
Oscar-nominated ‘Everything Everywhere All At Once’ features an IRS ordeal, but here’s what really happens in an audit, according to tax pros