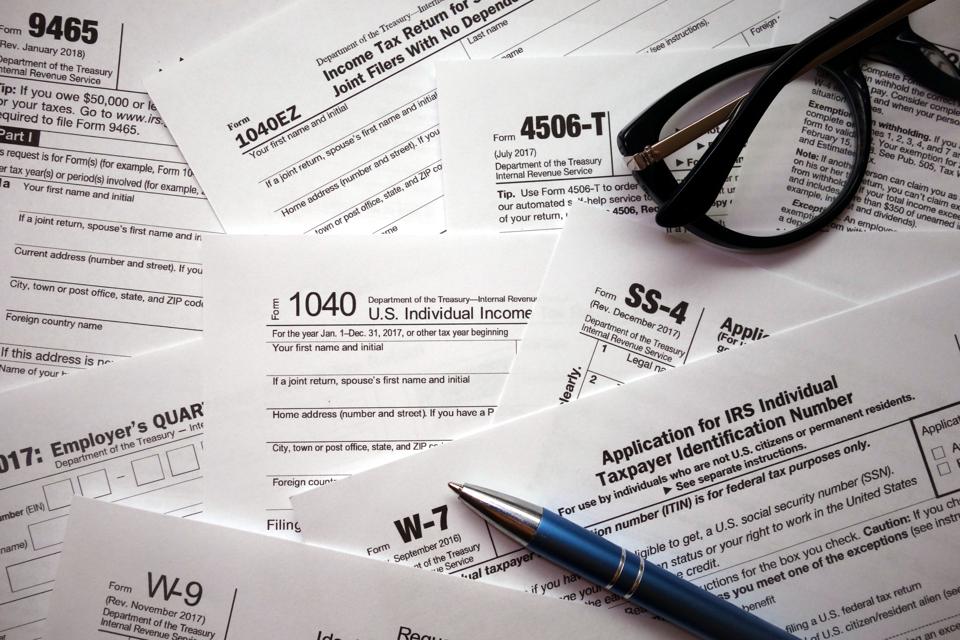 One day soon, the IRS will release its near-final version of the 2020 Form W-4 that workers are supposed to use to calculate their federal income tax withholding. The new form is intended to fully reflect the big changes in the 2017 Tax Cuts and Jobs Act (TCJA) and, says the IRS, make it easier for employees to accurately figure how much income tax they should have set aside with each paycheck.

Unlike last year’s politically-motivated effort to squeeze the Form 1040 on a supposed postcard (it still didn’t fit), this appears to be a sincere attempt to make withholding more accurate.

But the proposed new form seems no easier, and for some taxpayers it will be more complicated. It surely will not encourage more people to bother to fill it out. And it attempts to solve a largely non-existent problem.

Much ado about nothing

The IRS released a first draft of the 2020 W-4 this spring. It promises a second version later this month and the final form by December. The new W-4 surely will get outsized attention because of last spring’s kerfuffle over tax refunds.

You remember the story: During the first few weeks of the 2019 filing season, tax refunds were down compared to 2018. While Democrats indignantly argued that this was because middle-income taxpayers got no benefit from the TCJA, it really meant that early filers had, accidently or not, actually done a better job matching their withholding to their income tax liability.

Those taxpayers may have been unhappy that they didn’t get an expected refund. But that’s because their withholding more accurately reflected their tax liability, including the   changes in the TCJA.

Of course, the breathless debate during those first few weeks of refunds turned out to be much ado about nothing at all. By the time filing season came to an end (except for those 15 million taxpayers who requested extensions), the number and amount of refunds were almost identical to prior years. In 2019, 79% of filers got refunds averaging $2,879. In 2018, 80% got refunds averaging $2,908.

It isn’t as if tens of millions of taxpayers carefully recalibrated their refunds so they’d get the same big check they got in 2017. Indeed, nearly all of us did nothing.

The IRS tried to encourage people to rework their withholding. It created a post-TCJA online calculator to help people predict their 2018 tax liability. TPC has one too. The IRS also tried to redo its Form W-4 last year, though that became its own challenge. But in the end, few taxpayers appear to have bothered with either the calculations or the paperwork.

Most happily played the hand they were dealt. And it turned out to be a pretty good one.

Credit goes to IRS and Treasury staff who updated the withholding tables used by payroll processing firms. Without updated W-4s, they used a bit of rough justice: To reflect the TCJA’s changes, they adjusted tax rates and its big increase in the standard deduction, but did little else. And for the vast majority of filers, that worked just fine. One reason: Thanks to the TCJA, fewer than 10 percent of taxpayers itemize deductions. Getting the standard deduction right was good enough.

For many of these higher income filers, this likely was the result of non-wage income, such as investment or business income. Some probably tried to true up their tax liability through quarterly estimated tax payments rather than adjusted withholding. Some relied on their old W-4s. And some just got it wrong.

Could a new W-4 increase the number of taxpayers who would neither have to write a big check nor await a large refund each April? Probably. But only if taxpayers take the trouble to use it.

Truth is, the vast majority of filers love their refunds and were happy to get them this year. And there is nothing in the 2020 version of the W-4 that will encourage them to fiddle with what’s working pretty well.

Glacier-Surrounded Hunting Lodge Carries On A 100-Year Tradition In New Zealand
The Fair Tax Act, explained: What to know about the Republican plan for a national sales tax, decentralized IRS
Survey Finds That Service Members, Veterans Are Optimistic About Home Buying In 2023
How ‘Skinamarink’ made $1.5 million on a $15,000 budget
Sam Bankman-Fried tried to influence witness through Signal, DOJ alleges