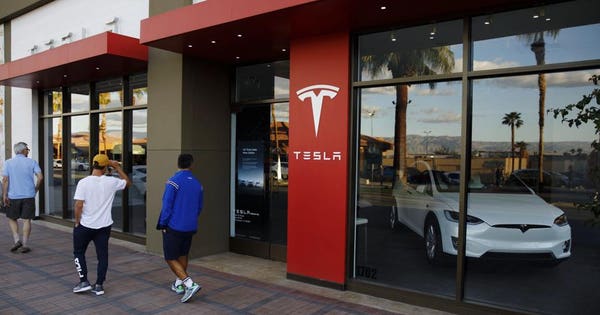 Tesla has cut prices of the Model 3 and its other vehicles several times this year to offset lower tax incentives.

I hear talk again that Tesla reducing prices is a sign of weak demand and thus bearish. Yet for more than three years, Elon Musk has said that his goal is to reach the mass market with a $35,000 Model 3. Are lower Model 3 prices a sign of weak demand, or the key to increased volume and higher profitability? Although both arguments can sound convincing, I find it best to side with those who have made judgment calls like this better than everyone else in the past, and thus have better track records.

One reason the market is not always right is that people often don’t agree on whether any given fact is positive or negative. Sometimes the people with the most money are not right. When this occurs, there is an opportunity for knowledgeable investors to make money because the wealthier investors’ volume of trades can move the price significantly in the wrong direction.

In this case, the firm that has stated the bear case best is Fishtown Capital writing for Seeking Alpha. I think they present a logical argument so I suggest that you click on the link to read it in their words. What prevents me from agreeing with them is that I have no idea of their track record.

A great many perfectly logical arguments turn out to be wrong. Just two months ago, a lot of people argued that Tesla’s Q2 deliveries were going to fall short of expectations. Their arguments were so persuasive that Tesla’s stock fell to $179 on June 3. When Tesla announced, on July 2, that they delivered 95,200 cars in Q2 — exceeding expectations — the stock hit $225. It might have run much higher if not for the resurgence of the argument that lower Model 3 prices are needed because demand is flagging.

One manager who was right not to sell during the avalanche of bearish articles is Gorden Lam. Gorden first bought Tesla at $196 in March 2016 when Goldman Sachs and UBS said to sell. Since he bought the stock, this was the first time he has been down in his position. Even though his position is only somewhat profitable now, Gorden’s portfolio returned 11.08% for the past 12 years, almost 3% a year more than the S&P 500’s 8.09%. Over the last 10 years, he has outperformed 75% of U.S. equity mutual funds. That’s why I find it easy to be on his side of the argument.

To see why Gorden is a Marketocracy manager and sign up to be notified when he has something to say, click here.