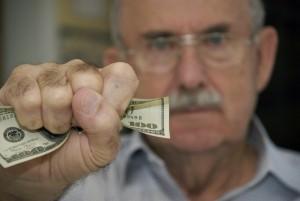 How did the adult son of a wealthy but secretive 85 year old father get his dad to finally reveal important information about his assets? It wasn’t easy. Many adult children have an elder who thinks he’s fine and doesn’t need any help. Even if the patriarch or matriarch is fine, there is no guarantee they’ll stay that way. In this case at AgingParents.com, the son, Alex, was increasingly worried about his father, whose mind was ok but his management skills had fallen apart.

Alex sought help because his father had extensive real estate investment properties, but they were being sorely neglected. There were seven rental properties. Alex discovered that not just one, but all of the properties were vacant and none were being maintained. He was horrified. He and his brother, Brody were to inherit them, but Alex was overwhelmed with the idea of taking on a mess and having to spend a load of cash to fix all of the properties up just to preserve their value. When he asked his father about the properties, Dad brushed him off and told him “Everything is fine. Don’t worry about it”.  Dad refused to say how much anything was worth or how long any of the real estate had been vacant.  He only said he didn’t want the hassle of getting tenants. Communication halted.

Alex sought advice about how to break the impasse he had with his father. His father had never been transparent about money nor had he ever discussed anything about the long held real estate. He pushed back on any question Alex or Brody brought up. Alex knew where the properties were located, which was in a high rent section of an urban area, and each could be easily rented if they were in good condition. Alex did his own survey. With a study of comparable values in the area he calculated the approximate potential rental income that could have been generated if all properties were fully rented. The figure was $750,000 a year. This was being lost because of Dad’s failure and unwillingness to accept management help.  Alex was frustrated and increasingly anxious about talking finance with his resistant father.

He got direction at AgingParents.com about how to approach the conversation. He was advised to point out that Alex and Brody would be left with an enormous burden at the time their father passed, and they felt it was unfair to them. In talking with their father, they pointed out that they were given very  little information about any of the real estate and if Dad wanted them to get the full benefit from his legacy he needed to reduce the stress it would put on them. They talked to him about how hard it would be to start from scratch and try to figure out what to do with all the rentals when it would be far easier if Dad would just educate them and let them help with management and maintenance now. Their father was very resistant at first. He didn’t seem to care about losing potential rental income of such a large amount each year. But he did respond to the plea that he not burden his children unnecessarily.  That seemed to get to him more than anything else. We do find with advising adult children about aging parents, that most aging parents do not want to burden their kids. In this particular case the strategy of using guilt to get Dad to part with crucial information did work. He said he would feel bad to put too much on them and he hadn’t thought about that before.

In a series of meetings with his sons, their father did pull out paperwork and told them about each piece of property. From there, Alex and Brody got estimates for repairs and hired maintenance people to get things back in shape and rent-ready. It took months to accomplish this. Although their father had been reluctant to share financial information, Alex reported that he did seem relieved that the real estate responsibility was no longer fully on his shoulders. Alex and Brody were respectful and careful to keep Dad informed of what they were doing and sought his approval and advice along the way. Dad was able to feel a sense of control, even though decisions were being made by his sons. Another positive outcome was that the family sought the advice of an estate attorney who was also a CPA and he found excellent ways to save on taxes, which made Dad very happy.

For some, a divorce has a positive effect on their work, study finds
This Is How To Save Social Security And Medicare
Peloton CEO doesn’t care that its equipment is losing money, sees path forward in the app
Replacing Discontinued Interest Rates Does Not Trigger Taxable Gain Or Loss
Rivian to lay off 6% of its workforce as EV price war concerns grow