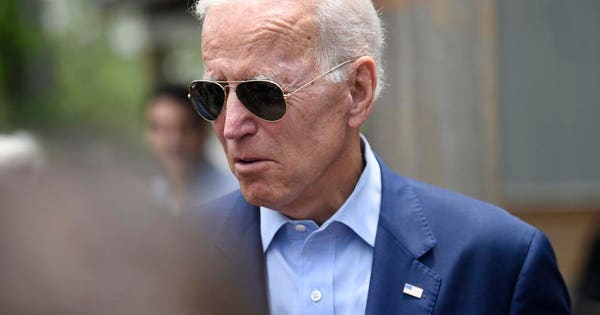 Richard Rubin of the Wall Street Journal had some commentary on Joe Biden’s recently released tax returns that struck me as just a little bit off. In a piece titled Joe Biden Used Tax-Code Loopholes Obama Tried To Plug, he wrote:

I don’t know about you but Rubin seems to me to be implying that Biden did a bad thing or a less than good thing.  For me it triggers what was kind of the anthem of my generation of tax planners.  It is the words of Learned Hand from his 1947 decision Commissioner v Newman.

Over and over again courts have said that there is nothing  sinister in so arranging one’s affairs as to keep taxes as low as possible. Everybody does so, rich or poor; and all do right, for nobody owes any public duty to pay more than the law demands : taxes are enforced exactions, not voluntary contributions. To demand more in the name of morals is mere cant.

The “loophole” is running speaking fees and royalties through an S Corporation and taking a salary that while substantial is low relative to the profits.

The Bidens’ S corporations—CelticCapri Corp. and Giacoppa Corp.—reported more than $13 million in combined profits in 2017 and 2018 that weren’t subject to the self-employment tax, while those companies paid them less than $800,000 in salary.

If the entire amount were considered compensation, the Bidens could owe about $500,000. An IRS inquiry might reach a conclusion somewhat short of that.

You will find case law about taxpayers having income recharacterized because of low S corporation salaries, but I do not think that there are any such cases where the taxpayers were taking six-figure salaries.  The reason for this is probably that there are a lot of C corporation cases where taxpayers are hit for taking salaries that are too high. A recent example was Dr. Afzal Ahmed, who wiped out $2.78 million in profit by taking a bonus.  The IRS disallowed a million of the bonus.

As Rubin notes in his article Newt Gingrich was also criticized for using this technique, and I stood up for him too.

There was not much else on the Biden returns that I found interesting except for one thing.  Both the 2018 return and 2017 return were amended.  The 2018 return was amended because it was determined that one of the charitable deductions did not qualify.  The amendment of the 2017 return was really weird though.

The taxpayer was an employee of the federal government during the first three weeks of 2017. After which time he left office and changed residence.  It does not appear that the taxpayer received a W-2 reflecting the income earned during those three weeks.

That federal job he had was being Vice-President.  Somebody in some federal office might be feeling embarrassed now.

It is interesting to note that Biden did not take a 199A deduction in 2018.  Presumably, they determined that the businesses were of the sort that don’t qualify.  I could see that on the speaking fees but earnings on the book should qualify.   Of course, some of the salary would have to be allocable to the writing business in order for that to work.