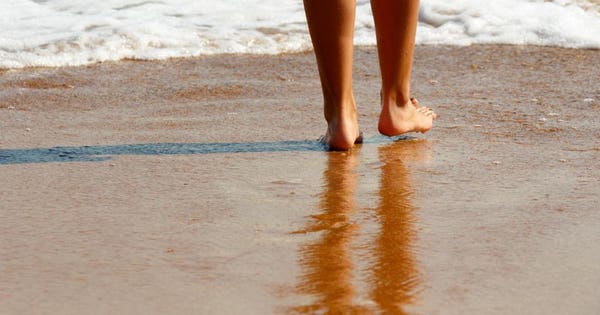 Remember that commercial where everyone walking around had a big, huge, seven- or eight-digit number hovering over their head? That was their retirement number. They needed to save that much money to retire in comfort.

How many saw that million dollar plus target and instantly gave up?

It’s like when you first set out on that cross-country road trip you’ve always planned. You’re fully fueled, a little excited, but the long road ahead of you seems intimidating. To make the mileage less onerous, you break up the trip into much smaller segments. Instead of lamenting the ocean far ahead of you, you focus on the next landmark only an hour or two away.

Tiny steps make the long journey bearable. And not as “long.”

What if you treat retirement saving the same way? Wouldn’t that make the journey more enjoyable, or at least more bearable? Wouldn’t it give young adults more confidence they can actually attain those lofty numbers needed to retire in comfort?

This is how you do it.

And yet, hitting the million-dollar threshold isn’t as rare as you may believe. The website DQYDJ.com estimates one out of every eight households in America qualify as millionaires. And the numbers are growing every year.

Clearly, the 401(k) plan offers perhaps the most effortless path to becoming a millionaire. And who doesn’t want to become a millionaire?

Well, here’s the problem: while everyone might want to become a millionaire, it’s a struggle to believe you’ll ever get there when you’re just starting out on the road to retirement.

How do you overcome this challenge?

Simple. Use a trick well known to behavioral finance experts. It’s called “reframing.” It means to take something difficult to grasp and restate it in a different way—one that’s much easier to digest—all without changing the original meaning and intent.

Here’s an example. A 28-year-old who earns $62,500 a year would generally need to have saved a million dollars to retire in comfort. The company offers matches up to 3% of the salary as a 401(k) contribution. That means the young adult, who contributes only enough to receive the full match, elects to defer $1,875 a year. With the company match, that’s an annual 401(k) contribution of $3,750.

After a few years of making regular contributions, by age 28 this worker has saved $19,000 (given the vagaries of the market). It’s a far cry from $1,000,000. Even if you add in those annual contributions (including the company match), that employee will have only added another $157,500 at the retirement age of 70. Still well short of the million-dollar goal.

But, wait! You haven’t accounted for investment growth. What annual return does it take to reach that $1,000,000 objective?

Most people who know anything about long-term equity returns can see 6% is well below the average. They’ll agree that’s a more than reasonable, if not extremely likely, target.

Suppose Social Security remains as it is today. Based on current calculations, Social Security would provide for a little more than half of this worker’s retirement need. That means the 6% annual return target is cut in half.

If you thought 6% was rationally achievable, imagine how confident you’d be in attaining a 3% annual return.

As Joe Friday might have said had he not worked for the LA Police Department on Dragnet and instead been a retirement adviser, “All the facts (and numbers) have remained the same, only the frame has changed to protect the psyche.”

If you want to coax a young adult to avoid viewing retirement saving as an impossible dream, don’t talk about those seven-digit numbers required at the end of the journey. Talk instead of those short-term milestones reflected in the annual return needed to successfully reach the journey’s objective.

A comfortable retirement is best achieved one step at a time.