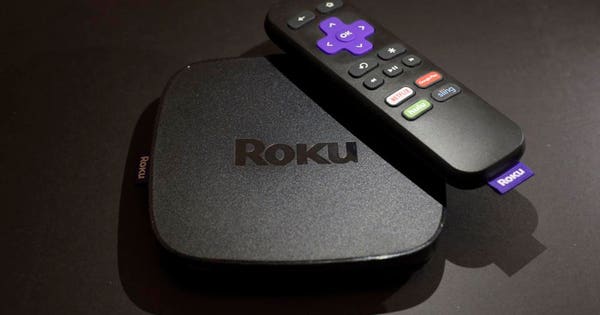 Back in 4Q18, the big story with Apple was lagging iPhone sales. The stock lost 1/3 of its value over the quarter, and at the time, investors were worried that the days of iPhone sales blowing away Wall Street expectations were in the past.

Fortunately for Apple, the company is evolving into much more than just a hardware manufacturer. During 1Q19, management introduced a slew of diversified product offerings, including Apple Card, Apple News+ and Apple TV+.

And these aren’t mere superficial rollouts – Apple is aiming to disrupt each of the industries it is expanding into. For example, the Apple Card allows users to make purchases through an app on their iPhone. That means no more credit card numbers, which essentially makes credit card theft meaningless.

The other reason we went long on Apple this year was our belief that 4Q18’s lagging iPhone sales were a blip, not the start of a new normal.

Foldable phones and 5G are both on the horizon, and each represents a much steeper technology upgrade than the mere introduction of a larger screen and higher-quality camera. And it’s not like Apple has been hemorrhaging market share to competitors, either.

The company still owns 16% of the North American mobile phone market, operates at at 40% gross margin and 30% EBITDA margin, and maintains an enormous stockpile of cash which keeps growing ($250 billion at the end of 4Q18.)

With the fundamentals securely in place and management exploring diversified revenue streams, a slight drop in iPhone sales shouldn’t be enough to turn Apple bulls into bears. Plus, the company is doing a fabulous job of monetizing its installed user base (1.5 billion active devices, 900 million of which are iPhones).

iTunes, iCloud, The App Store, AppleCare and other Service offerings have quadrupled in revenue over the last seven years to $37 billion. Apple’s Services business makes up 15% of
revenue, and maintains 60% gross margins.

That’s double the average gross margin for Apple’s product lines, which means Services is disproportionately contributing to the bottom line. Management set a goal of $48 billion of Services revenue in 2020, and is currently on track to exceed that goal.

So expect broader company margins to increase, and gross profits to stabilize (as opposed to being dependent on iPhone sales). Services already makes up ¼ of Apple’s 2019 gross profits. That number will continue to grow.

Those who sold Apple during 4Q18 succumbed to broader market panic, or mistakenly perceived this company as a one-hit wonder. While the iPhone remains the core product, it is far from the only one.

We believe in management’s ability to penetrate ancillary markets by leveraging the company’s formidable brand loyalty, and are confident Apple will top $1 trillion in market cap in the not-too-distant future.

Twilio (TWLO) dominates the Cloud Communications Service market. Its innovative service and meteoric growth rate (80% YoY last quarter) are so impressive that unlike most midcap tech stocks, Twilio was actually in the black through 4Q18 (up 16%). With a total addressable market that continues to expand, we were (and still are) confident those gains will continue throughout 2019.

Twilio already corners that market with big names like
,
and WhatsApp as customers. And the fact that the company’s top-10 clients now make up 20% of total revenue (down from 30% since the company’s 2016 IPO) illustrates customer diversification, and implies continued market share capture.

And the best news is, the company hasn’t
begun to penetrate the small business market. As more and more businesses offer mobile and cloud-based platforms, they will need to communicate with customers seamlessly and efficiently.

Building your own Application Programming Interface (API) takes time and costs money, so Twilio adds a ton of value for growth-stage firms looking to communicate via the cloud.

The Sendgrid acquisition adds a powerhouse mass-emailing platform to Twilio’s already impressive roster of product offerings (Twilio
for call centers is an example of a recent product innovation).

Sendgrid also adds $150 million in annual revenue, and the company’s 75% gross margin lifts Twilio’s lower 54% gross margin to a healthier 60% level. And Sendgrid’s functionality fits like a glove into Twilio’s platform — the two are API-based, and Twilio was in desperate need of mass-email capabilities. We expect Sendgrid to greatly enhance Twilio’s attractiveness vis-à-vis competitors moving forward.

The bear case for Twilio is that with a high PE ratio, the stock is too expensive. Well, the stock is expensive, but it’s expensive for a reason! Twilio has posted four straight quarters of revenue growth acceleration, and that’s from a starting point of 50% growth.

Last quarter saw 80% growth, which the bears say can’t hold – but this quarter is tracking for the same number. With Total Addressable Market (
) expansion, even if growth rates dip (to be expected), they will still remain robust enough to warrant a steep valuation. Another positive forward-looking indicator is EPS growth, which is projected to break 150% YoY in 2020.

This is significant, because the market is looking 12-24 months out when analyzing Twilio’s business. The TAM will grow rapidly over that time as more small and medium-sized businesses adopt cloud-based communications. Twilio is one of only a handful of companies with over $1 billion in market cap that is expected to grow earnings by at least 150% in 2020.

The stock is up 56% YTD, and we believe there is more to come. Twilio’s business model adds immense value, and the company continues to innovate – a true market leader. Revenue growth will continue apace as the TAM expands and more businesses are brought into the cloud. We’re long Twilio throughout 2019 and beyond.

After Roku’s rough 4Q18, where the stock shed over 50% of its value, investors would be forgiven for bailing on the growing, mid-cap Tech stock. After all, if the broader economy did implode, a discretionary service provider like Roku would be among the first to feel the pain.

That said, the economy didn’t implode, the recession that doomsday prognosticators have been harping over for years now has yet to materialize, and Roku continues to grow its user base at a lightning-fast pace.

The stock is up over 180% YTD, and we’re expecting the company to maintain its pattern of breaking through all-time highs. But be careful, this stock is volatile and not for the faint of heart.

With the user base continuing to expand – 1Q19 saw the company add an additional 3 million subscribers (now 27 million total), for a 13% increase over a single quarter — Roku is growing on all fronts: user base, customer monetization, and top-line.

Even though the company forecasted decelerating revenue growth for 2019 (35%, to over $1 billion), that still represents astronomical growth. Plus, we believed management was being conservative, as has been their habit.

All of the macro-indicators are on Roku’s side as well. The company is the #1 licensed TV operating system in the United States, streaming 24 billion hours of content last year – a 60% YoY improvement. If Roku were a cable provider, it would be the third largest in the country behind
and
.

Part of the company’s value proposition is that its platform distributes multiple streaming services such as
,
, the Roku channel and others. That’s a powerful sales pitch to customers as the streaming industry grows ever-more diversified.

And with Millennials driving the cord-cutting revolution, 15% of all U.S. households are expected to be streaming-only by 2030. That’s a 50% increase from today’s numbers.

Roku is also well-positioned to capture increased market share as consumers shift to smart TVs with 4K displays at faster and faster rates. The company is riding some pretty powerful tailwinds.

That, plus the superb financials made going long on Roku a no-brainer. The stock keeps setting all-time highs, even though it’s often a bumpy ride. Given how nascent of an industry streaming is, we foresee more pitfalls ahead – but those will only be temporary. Consider any short-term blip a buying opportunity as Roku continues its market penetration and strong revenue growth rates.

Here’s What You Need To Know About Toxic Furniture
Nordstrom stock surges after activist investor Ryan Cohen buys stake in retailer
Ask Larry: Is There A Good Reason For My Wife To Wait Till Her FRA To Take Social Security?
The current job market is a ‘juggernaut,’ economist says. Here are 6 things to know as a job seeker
Oil giant Shell posts highest-ever annual profit of $40 billion