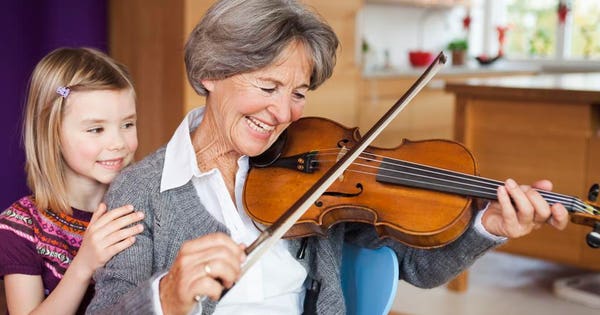 It’s become a cliché in so many ways. It’s called “The Honeymoon Period.”

As the name implies, it derives from that short phase of marital bliss that extends from the nuptial blessing through to some undefined time following the end of the couple’s honeymoon. It’s the exuberance of experiencing something fresh, something new, something exciting. It seems like it will last forever, but you know it won’t.

The phase isn’t limited to marriage. Newly elected politicians generally have a honeymoon period immediately after first being elected. For a few short months, they can do no wrong.

It’s an all too human frailty.

Don’t believe me? Just take a look at all those toys collecting dust mere weeks after a child opened them with unconstrained excitement on Christmas morning. At first it seems as if the child and the toy are inseparable. Soon, sometimes very quickly, another toy captivates the child. For the original toy, its honeymoon period is over. It’s consigned forever to the purgatory of the toy chest.

Such is the life of toys. For lifetime epochs, however, you’ll mark the end of the honeymoon period with a series of questions: “What happened?” “Is that all?” “What’s next?”

We usually answer these questions by entering a new phase. It’s sort of like finding a new toy, but it’s more like finding a new aspect in the original toy. For example, you don’t quit your job when the honeymoon period is over. You do begin to view it differently, from a new and hopefully more fulfilling perspective.

Overcoming this googly-eyed stage signals the beginning of a beautiful long-term relationship. You don’t expect to dump your spouse when the honeymoon phase is over. You expect to enjoy a marriage that lasts “’til death do you part.”

Retirement represents one such lifetime epoch vulnerable to the downside effects of the honeymoon period. It doesn’t have to be. And you don’t need to have a PhD. in behavioral psychology to avoid it. There’s an easy preventive cure to inoculate yourself from the ravages of the retirement honeymoon. It can be summed up in one word:

Yes, you can practice your retirement. A lot of people do. It’s one of those obvious solutions that, upon hearing of it, people slap their forehead with the palm of their hand and yell “D’oh!”

Best yet, this isn’t like violin practice. No one is forcing you to play non-stop boring etudes “to become a virtuoso.” Rather, this kind of practice has you doing things that aren’t too different from what you do during the course of your working life.

Here are a few examples:

Do you like to travel? Do you imagine taking extended tours during your retirement years? There are a lot of unknowns associated with travel. Can you afford it? Is it somewhere you really want to go and stay for a while? These are reasonable questions. The reasonable answer is to practice. Before retirement. Use a week’s worth of vacation to get a taste of where you might want to travel during retirement. If that experience has you wanting more, put it on your retirement bucket list.

Do you see yourself living in a different place during retirement? Again, this raises questions. You don’t want to make an uninformed decision based solely on what you currently perceive as the grass being greener on the other side. This is where practice can help. Before buying into a new community, spend some time there in advance of retirement. Use your vacation days to rent a place. Get a feel for the area. This way, by the time you’re ready to retire, you’ll be an old hand when it comes to living there.

Do you want to devote a significant portion of your retirement to a volunteer activity? This is a perennial favorite. Yet, for all its attractiveness, it remains more theory than practice. Pre-retirees see this as a goal, but they have no idea which organization they want to volunteer for. Granted, in this case, there’s nothing wrong with “job hopping” volunteer gigs during retirement. Constant change like this can invigorate the soul, if not the mind. If, on the other hand, you want to settle in on a single volunteer experience, in effect treating it as your next career, you’ll need to have candidates scoped out before retirement. Once more, practice by donating your time to prospective organizations in advance of retirement.

You get the picture? Do you see how this works? Now, here’s the secret to make sure it works as advertised:

Don’t treat “retirement” as an event singularity. Approach it as a transition, a years-long process rather than the single climax of a retirement party.

Transitioning into retirement can start as early as ten years (but no later than five years) prior to retirement. You want to be near enough to retirement so you can see it on the horizon. You don’t want to be so close that you feel you must artificially rush your decisions and the analysis inherent in them.

In fact, if you are really proactive, you might devote your entire life to practicing for retirement. In doing so, you might just discover you never really have to retire.

If you do find yourself collecting that golden watch, practicing for retirement can lead to a more satisfying and less stressful retirement. After all, you’ll be in a relationship with retirement “’til death do you part.”

Biden administration rolls out a blueprint for a ‘renters bill of rights’ – Here’s what it includes
Egg prices rose 60% in 2022. One farm group claims it’s a ‘collusive scheme’ by suppliers
$11 Million Condo In NYC’s Historic NoMad Area Stays True To Its Glory Days
Ask Larry: Will Filing Early Lower My Wife’s Social Security Spousal Benefit?
5 Questions To Ask Yourself About Your Retirement Finances