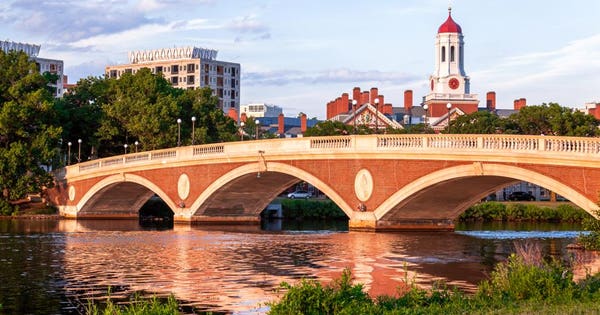 Major universities have big endowments in the tens of billions. These funds, often a result of donations, support financial aid, teaching and improved resources for the universities. Perhaps more importantly, with billions of dollars to invest you can afford some of the best investors to manage your money. So, what can investors learn from Harvard and Yale’s approach to investing?

Both Harvard and Yale look to stocks for about half of their investment allocation. This is not surprising. Stocks have a great long-term track record as delivering some of the best returns anywhere and endowments have a long-term investment focus, so should be able to tolerate the ups and downs that are often part of stock investing.

However, both universities use hedge funds or absolute return strategies as a key part of their approach. This means that they aren’t just taking a buy and hold approach to investing, but instead looking to exploit certain market inefficiencies through the specific stocks they hold.

Both Harvard and Yale, also use private equity quite heavily, which essentially owns entire companies directly, rather than holding them through the stock market. These investments can be less liquid, since it’s harder to sell an entire company than just some shares in a company. Yet private equity may offer the prospect of superior returns than with public stocks depending on the skill of the manager. Yale also invests heavily in venture capital, which focuses on new companies with strong growth prospects.

Still whether it’s done via public, private equity or venture capital it’s clear that both Harvard and Yale have the a significant portion of their endowments tied to corporate profits.

The other clear implication from both Harvard and Yale’s investment strategies is the importance of diversification. They typically hold real estate, natural resources and bonds in addition to stocks. These can all offer a degree of protection to a portfolio during a bad event for stocks such as a recession or rising inflation. Harvard is perhaps slightly more conservatively positioned here with about a third of its assets in bonds, property, commodities and cash. For Yale it’s closer to a fifth of the endowment. In both cases, property is the largest asset class across the diversifying group, which is perhaps unsurprising as it has offered some of the best returns historically.

Diversification appears in other ways too, such as within asset classes. For example, the vast majority of Yale’s public equity investments are overseas. Harvard owns a range of bonds, both private, public and inflation-protected. In every case, though the bias towards stocks is evident, the endowments spread their bets so that they can offer reasonable returns across different economic environments.

The Harvard endowment particularly has a focus on sustainable investing. They were the first U.S. endowment to be a signatory to the United Nations-sponsored Principles for Responsible Investment (PRI). The endowment uses Environment Social and Governance (ESG) criteria in all aspect of selecting investments and takes an active stance as an owner to define best practices. This is also particularly important for the land that the Harvard endowment owns where they make sure they are a good steward of those resources.

So, while it may not be possible to follow every aspect of Yale and Harvard’s investment approach there are some obvious lessons. The first is a fundamental belief in stocks as the engine of long-term return. This may play out in different ways from venture capital to private equity. Still, the fundamental belief that holding a share of a company’s profits is an attractive asset is core to both endowment’s investing philosophy’s. Second, diversification is evident. Here real estate is used primarily, though natural resources and bonds are used to a lesser degree.