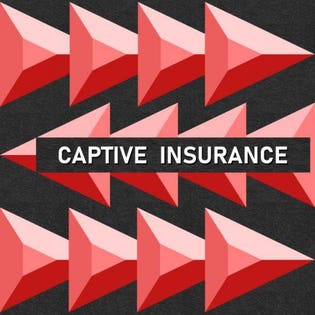 A second class-action lawsuit has now hit the embattled risk-pooled 831(b) captive insurance sector, still reeling for its third and latest loss to the IRS in the Syzygy case.

This new class-action lawsuit arises from the industry’s first loss to the IRS in the Avrahami case, which involved the owner of some jewelry stores in the Phoenix area quite unbelievably paying hundreds of thousands of dollars to the owner’s insurance company for, among other things, coverage against a biological weapons attack by terrorists. Very shortly after that particular Tax Court disaster, the person who largely designed and implemented the arrangement, and one of the most prolific of the promoters of risk-pooled 831(b) captives, being New York attorney Celia Clark, sent out a letter to her remaining clients calling it quits.

The named plaintiffs in the new class-action lawsuit are the Avrahamis, Bejamin and Orna, and their captive insurance company, called Feedback Insurance Company, along with some of their underlying companies and a couple of other parties.

Celia Clark is the first-named defendant in the class-action, along with her law firm, Clark & Gentry, PLLC, the Estate of Craig McEntee, who was the CPA involved in the case, the late McEntee’s accounting firm, Neil Hiller, the estate planner who sold the Avrahamis into the deal, and Hiller’s law firm, Fennemore Craig, PC from which Hiller has apparently now “retired”, Alan Rosenbach, who was the actuary whose pie-in-the-sky numbers were rejected by the U.S. Tax Court, ACR Solutions Group, which was Rosenbach’s company, RMS Solutions, Inc., which is alleged to have provided actuarial reports and set premium prices for Clark, Heritor Management, Ltd., a captive manager based in St. Kitts who facilitated Clark’s arrangement, and Pan American Reinsurance Company, Ltd., which acted as Celia Clark’s risk pool for some of her clients, including the Avrahamis.

The defendants are accused of, sometimes individually and sometimes collectively, making material misstatements to the Avrahamis about the tax treatment of their captive arrangement and misrepresenting that the Avrahamis’ captive and Clark’s Pan American “were bona fide insurers offering bona fide insurance policies”, along with a litany of other wrongs. The Complaint seeks the formation of a class of plaintiffs, alleging basically that Clark and the other defendants were putting together cookie-cutter-type deals where every client’s captive looked more-or-less the same as every other client’s captive, such that there is substantial commonality between all the clients of Clark and the other defendants.

The Complaint also alleges Civil RICO against the defendants, essentially claiming that together they operated as a criminal conspiracy to both cheat the U.S. government out of taxes and their clients out of their money by way of fees. To this end, the Complaint alleges that:

175. There is no question that the Defendants intended to commit wire and/or mail fraud in connection with the promotion and operation of the Captive Insurance Strategies because the IRS has made it clear that any deductions for money put into such plans as premiums would be disallowed. It is also clear that Defendants’ racketeering activity in creating, designing, establishing, promoting, and vouching for the Captive Insurance Strategies involved numerous false and misleading misrepresentations and omissions that amount to a scheme or artifice to defraud.

The Civil RICO claims, both federal and state, constitute the first four counts of the Complaint. The following accounts variously allege claims against the defendants for breach of fiduciary duty, negligence/professional malpractice, negligent misrepresentation, disgorgement of illegal profits, rescission of the Avrahami’s contracts with Clark and others, breach of contract and breach of the duty of good faith and fair dealing, fraud, aiding and abetting, and civil conspiracy. For these claims, the Complaint seeks actual, punitive, and trebled damages, in addition to some other stuff.

The first risk-pooled 831(b) captive class action lawsuit, was against Arthur J. Gallagher & Co., its subsidiary Artex Risk Solutions, Inc., and others, and is at this point in time at least a more iffy proposition insofar as (to my knowledge at least) no Artex client has yet to lose a case before the U.S. Tax Court, although apparently some have had their deductions denied and been assessed taxes. This class action against Clark, et al., comes almost ready-made right out of the box, insofar as Avrahamis could recite Judge Holmes’ lengthy findings in their own U.S. Tax Court case in justification for their lawsuit.

In stark contrast, the defendants here cannot claim that Clark’s planning was sound, for the simple reason that the Clark’s planning utterly failed and the results were akin to a warehouse full of fireworks struck by lightning. To quote Big Jim McBob and Billy Sol Hurok, “It blowed up real good.” Assuming the class is certified, perhaps the only issue worth betting on here is how much the defendants will end up having to fork over in settlement, the issue of liability not seeming to itself create much drama.

As I’ve predicted for years, this is the fate that likely awaits all the risk-pooled 831(b) captive promoters to whom the IRS has latched: The imposition by the IRS of large promoter penalties, years in litigation defending against class-actions, and then very likely bankruptcy for all but the deepest-pocketed or (ironically) best-insured defendants.

The crazy thing is that even in the face of the IRS promoter audits, the disallowance of deductions and assessment of penalties against captive owners, the reported 600+ cases involving risk-pooled 831(b) captives that are now docketed before the U.S. Tax Court, and the increasing proliferation of class-action lawsuits such as this one (trust me, many more are on the way), some if not most of the risk-pooled 831(b) captive promoters continue even to this day to aggressively market this failed strategy to folks who don’t know better but are looking for a tax break.

Which is to say that one should not be surprised if the U.S. Department of Justice’s Tax Division doesn’t pick out a promoter who is still marketing risk-pooled 831(b) captives and whang them with a promoter injunction to make them stop, and as an example to all the rest, similar to what DOJ-TAX did with certain promoters of syndicated conservation easements who refused to acknowledge that it was time to turn out the light, because the party was over, and instead went on blissfully (and misleadingly) selling to new clients to make a fast buck while they still could.

Anyway, the Complaint against Clark, et al., is well worth reading and there is a link to it below. Standard disclaimer applies that a Complaint is not a Judgment, but merely somebody’s allegations, and any idiot with $500 and change can file a Complaint with the U.S. District Court.

But stay tuned; as with the class action against Gallagher’s subsidiary, Artex, this should be quite interesting to watch (assuming you are not one of the named defendants).