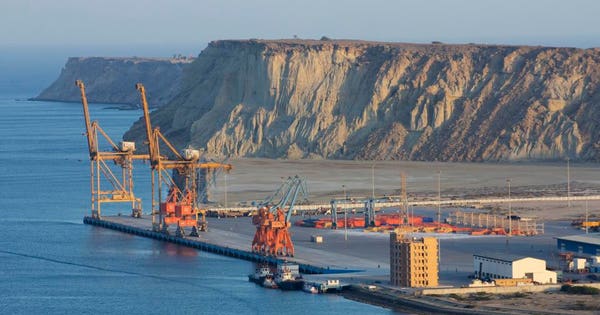 A $6 billion loan approved from the International Monetary Fund this week will ease Pakistan’s debt problems, for now. But it won’t stop China from turning the country into the next Sri Lanka.

China has been very close to Pakistan in recent years, for a couple of reasons. One of them is that Pakistan is a “natural” ally in Beijing’s long-time efforts to contain India.

The other reason is that Pakistan offers a “natural corridor” between western China and the Indian Ocean, and, therefore, an alternative route to Middle East oil supplies and the riches of Africa.

That’s why Beijing has been helping Pakistan build the China Pakistan Economic Corridor (CPEC), which stretches from Western China to the Indian Ocean.

While CPEC benefits China, this project benefits Pakistan too. It’s a big leap forward, as the country strives to transition from an emerging to a mature economy, creating a lot of jobs in the process.

But China’s involvement in the project hurts Pakistan, too. It adds to Pakistan’s corruption, since it involves state owned companies on both sides of the partnership.

Meanwhile, corruption keeps pushing the costs of the project higher by the day.

And that makes Pakistan more indebted to China, which has been financing the project. In fact, Pakistan’s external debt took off shortly after CPEC was launched.

Growing indebtedness comes at a time when the country is already living beyond its means, as evidenced by persistent current account deficits, government debt, and external debt.

The trouble is that the CPEC project is far from over, and the costs of completing it keeps on rising.

And that makes it very likely that Pakistan will have to reschedule its debt several times before it’s over, and share the same fate with Sri Lanka — swapping debt with equity, which in essence will hand CPEC to Beijing.

Like CPEC, the Hambantota port construction began with loans from China. But when Sri Lanka could not repay the loans, Beijing converted these loans to equity, in essence turning Sri Lanka into a “semi-colony,” in a subtle way.

That’s what will eventually happen to Pakistan when China assumes ownership and control of CPEC, and collect tolls from vehicles that pass through.

Oscar-nominated ‘Everything Everywhere All At Once’ features an IRS ordeal, but here’s what really happens in an audit, according to tax pros
Cryptocurrency Was Sold To State And Local Pensions As ESG
Rent prices have dropped the most in these 5 U.S. metros. Why it’s cheaper to rent than buy in many markets
SECURE 2.0 Glitch Appears To Remove Your Ability To Make Retirement Catch-Up Contributions In 2024
When Life Gets In The Way Of Your Retirement Plans