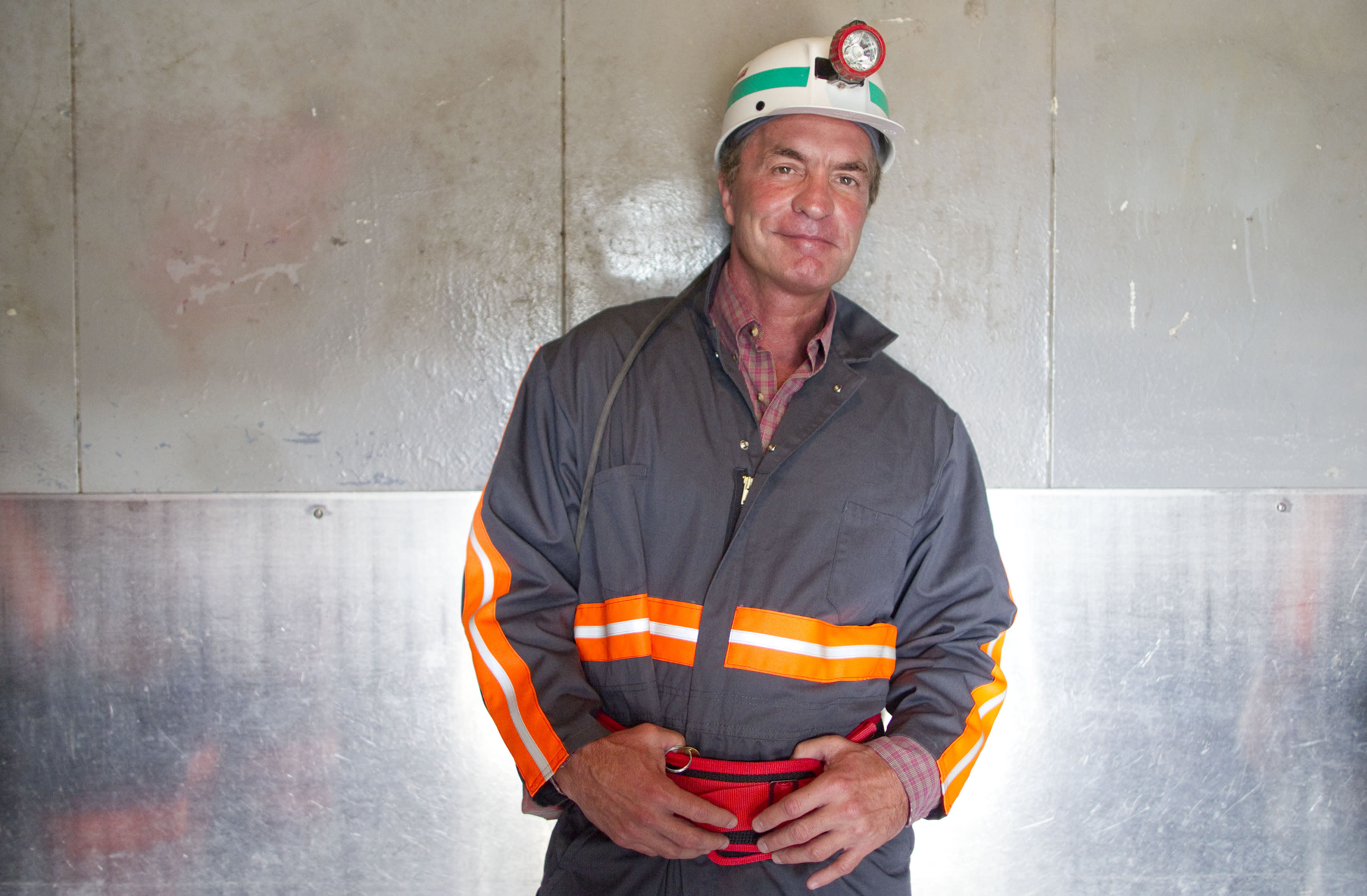 Billionaire West Virginia coal executive and philanthropist Chris Cline died in a helicopter crash Thursday, according to his alma mater, Marshall University. He was 60.

The Associated Press reported that Cline and six other people were killed when their chopper went down in Walker’s Bay, in the Abaco Islands, on its way from the Bahamas to Florida. NBC News has not independently confirmed that Cline was on board but Marshall University said in a statement he was killed in a helicopter crash.

West Virginia Gov. Jim Justice and Evan Jenkins, a justice on the state Supreme Court, both paid tribute to Cline, the founder of Foresight Energy of St. Louis, one of the nation’s biggest coal companies.

Gov. Justice called Cline “a very close friend” and a “superstar” on Twitter.

“Chris Cline built an empire and on every occasion was always there to give,” the governor said. “What a wonderful, loving and giving man.”

Bahamian police confirmed that seven people — four females and three males — died when a helicopter crashed near Grand Cay in the Abaco Islands on Thursday while on its way to Fort Lauderdale, Florida. Police didn’t release the names of the victims.

Officers and residents of Grand Cay discovered the aircraft, which had taken off at about 2 a.m. ET, overturned in 16 feet of water on Thursday afternoon, police said.

Jenkins, the justice, posted on Facebook that he was “heartbroken to learn that Chris Cline, his daughter, friends and pilot lost their lives in a tragic accident.”

“His life’s story was one of hard work, love of family and caring support for others,” he added.

Cline sold a controlling stake in Foresight for $1.4 billion in 2015. He resigned from Foresight’s board in 2017 but kept ownership of about a quarter of the company.

Forbes magazine put his personal wealth at $1.8 billion at the time of his death.

Cline, who was raised in West Virginia, gave a lot of that money to various charities. In 2011, his foundation donated $5 million to West Virginia University’s medical school and athletic department.

He also donated millions of dollars to Marshall University, whose athletic complex is named in his honor.

“Our hearts are heavy with the terrible news this evening of the passing of prominent Son of Marshall Chris Cline,” Jerome Gilbert, the university’s president, said in a statement Thursday.

“Chris’s generosity to our research and athletics programs has made a mark on Marshall University,” Gilbert said. “I am praying for his family.”

In 2012, Cline was a target of extortion by Vivek Shah, an actor who had small roles in several movies and TV shows, including “Bones” and “Hotel Hollywood.”

According to the FBI, Shah demanded millions of dollars from Cline and other high-profile figures — including the disgraced Hollywood producer Harvey Weinstein; Eric Lefkofsky, a founder of the e-commerce marketplace Groupon; and the oil and gas billionaire Terry Pegula — or else he would kill members of their families.

Shah’s plot was discovered when police found a fake ID in his home in Los Angeles, the FBI said. He was sentenced to seven years in prison in 2013.

Stocks making the biggest moves after hours: Tesla, Chevron, ServiceNow, Levi Strauss, IBM and more
These are the key tax forms you need to file your return — and when to expect them
Toyota CEO and President Akio Toyoda to step down
Almost half of Americans think we’re already in a recession. Here’s how to prepare if they’re right
IRS warns tax refunds may be ‘somewhat lower.’ With high inflation, that’s a ‘double whammy’ for families, says advisor