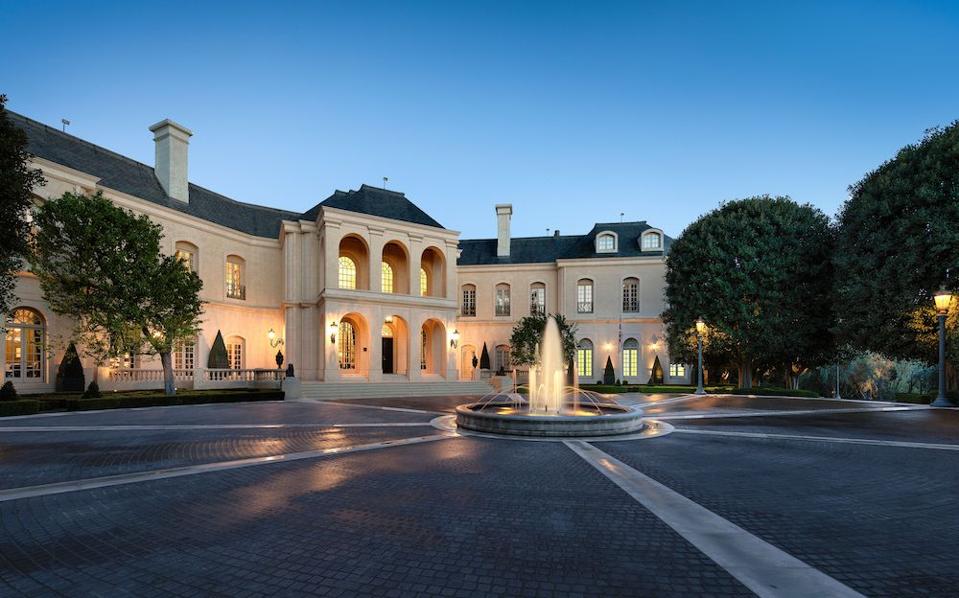 The former Spelling Manor, custom built for television producer Aaron Spelling and his wife Candy in the late 1980s, has just sold after three years on the market by its most recent owner, Petra Ecclestone, heir to the Bernie Ecclestone and part of the Formula One fortune. She purchased the 123-room home in 2011 for $85 million in an all cash deal, then splashed out a reported $20 million more to give it a major remodel on the interior. But just a few years later, in 2016, she listed the property for $200 million. Dubbed “The Manor”, it came down in price several times, but yesterday was marked as sold on the Multiple Listing Service at a closing price of $119.7 million.

That beats the current highest selling price on record for all of California by about two million, which was for a $117.5 million sale in the Woodside neighborhood in the Bay Area that closed in 2013. It also handily beats the $110 million record for Los Angeles, held by Hard Rock Cafe founder Peter Morton. According to the LA Times, this is the fourth sale over $100 million in Los Angeles, three of which have occurred in the same Holmby Hills neighborhood where The Manor is located. It is not the only $100 million sale of the summer, however. La Follia, a home in Palm Beach, Florida, just sold for a reported $105 million and will set price records there as well.

The Manor, a 56,500-square-foot home with 14 bedrooms and 27 bathrooms on 4.7 acres. It has a Versailles influence on the outside but a more contemporary feel indoors after Ecclestone’s remodel. Here’s a look at one of the living rooms where contemporary chandeliers and sleek fireplace surrounds define the character of the room.

The dining room is another example of how the contemporary feel matches the more classical arches part of the original design.

Adjacent to the main bedroom suite is the impressive dressing room.

The remodel also included turning the room used for Candy Spelling’s doll collection into a full-sized salon and massage room, as pictured here.

A bowling alley is another of the talked-about features.

It was also where Prince Charles and Princess Diana stayed in 1994.

The listing was represented by Jade Mills of Coldwell Banker, David Parnes and James Harris of The Agency, and Kurt Rappaport and Daniel Dill of Westside Estate Agency.

The outgoing CEO of a giant autos firm had a message for his successor: Don’t be like me
America Needs To Improve How It Treats Its Older Workers
Glacier-Surrounded Hunting Lodge Carries On A 100-Year Tradition In New Zealand
Is Delaying Social Security Benefits Still A Good Deal?
Tax season starts with boosted IRS workforce, new technology as agency begins to deploy $80 billion in funding