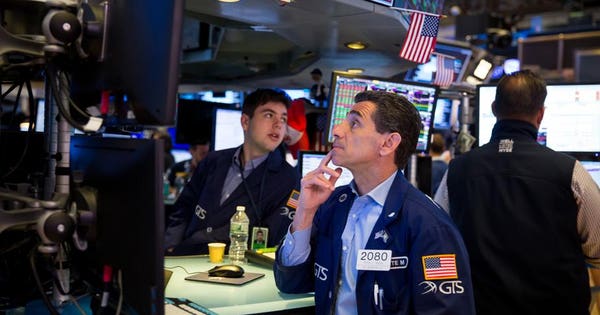 With the U.S. Treasury 10-year yield close to 2% and many other government bonds in Europe and Japan yielding negative rates. Does it still make sense to hold bonds in a portfolio?

The Role Of Bonds

Generally bonds offer stability and income to a portfolio. In fact, the asset class is sometimes referred to as fixed income. The main alternative to bonds, namely the stock market can offer a wild ride in the short-term. Seeing the stock market halve over a couple of years is quite possible and 10% dips can be annual events based on history. Unless you have nerves of steel and no short-term need for the cash you’ve invested, then being all-in in stocks can be too much risk for most people to bear.

Also, though the major stock markets do generally come back from dips to ultimately make new highs, there is no iron-clad guarantee that this will always be the case. For example, both China and Russia have seen their markets go to zero historically, due to asset confiscation. Other markets haven’t seen a total loss, but have seen declines that took over a decade to recover from if you bought at the absolute top.

Against this backdrop bonds can offer a steadier ride. They certainly have risk too, but generally see more stability over the short-term. As such, by combining stocks and bonds you may get a smoother ride as an investor. Bonds are likely to rise less over time if history is any guide. Yet, bonds are less likely to fall off a cliff when recession looms. In fact, if interest rates are cut, then certain government bonds that mature several years in the future can even rise in value.

Historically, bonds have been a great addition to a portfolio returning around 7.5% over recent decades. However, we should not ignore the decline of inflation over recent history. Bond guru Bill Gross calculates that yields would have to fall to -17% to repeat the performance of the past. That is basically impossible. However, it makes that point that what has driven improving bond prices is declining inflation and central banks have got price rises under control.

Inflation is now close to its sweet spot as prices rise at a low rate. So if anything from here, inflation could get worse, causing bonds to give back some of the gains they’ve made over past decades. Even if that doesn’t happen, with bonds remaining at current levels, all you’ll receive is the yield on the bond when you purchase it. Currently that means you can expect around 2% a year from your government bonds in the U.S.. That’s not inspiring, especially because rising prices and investment fees mean that you likely will see less than 2% as your actual real return.

As a result it’s fair to expect bonds to deliver mediocre returns going forward, well below the levels of the past. Plus arguably bonds are a bit riskier than in the past too, it’s hard to see interest rates going much lower from here, but relatively easy to think that rates may rise if inflation picked up on a medium-term view. Therefore, not only are bonds likely to deliver lower returns than in the past, they could be riskier too.

Also, this is written from the perspective of a U.S. investor when government bonds offer the prospect positive, albeit low, returns. In countries such Germany, Switzerland or Japan where yields on 10-year government bonds are currently negative, it is much less clear that holding bonds may sense when you are paying for the privilege of owning the asset rather than earning a return from the interest that’s paid. In these cases you are still receiving some protection in bad markets, but paying directly for that.

However, there remains a need to control risk in a portfolio for many investors. Going heavily into stocks especially at current valuations brings its own set of risks. Bonds can help manage that, though the deal being offered is less attractive than in the past. There are alternatives to bonds. For example, owning commodities, including gold, can be another way to diversify an equity portfolio. However, commodities tend to deliver a less steady return over time. You can also consider the use of options to help a portfolio, a strategy that may limit your upside but can help control downside. However, options are both complex and expensive so are out of reach of many basic investors.

It’s also possible to add credit risk to a bond portfolio to improve yield. For example, corporations can pay out higher levels of interest. This may help income, but the trade-off here is that these bonds can offer less protection in a bad market. The same risks that cause stocks to fall in a recession can also cause some corporate bonds to trade down too. As such these riskier bonds may offer more income in good markets, but potentially less protection in bad markets.

It appears returns going forward for diversified portfolios are likely to be less than historically because stock valuations appear high and yields on bonds are low. It’s not clear that is a reason to entirely reject the classic diversification between stocks and bonds. However, at the margin, considering other assets such as commodities or even options may be a useful trade-off when bonds are only offering meagre returns for future years. The one strategy that may prove flawed though is to reject bonds and load up entirely on stocks. That may seem appropriate in a bull market, but may be hard to sustain when the next bear market rears its head. It’s precisely the apparent rise of valuations globally that makes it important to continue to manage risk, even though bonds don’t offer stellar returns, they are still a potential source of stability for portfolios, while bringing some return.

Here’s where the jobs are for January 2023 — in one chart
Ask Larry: Is There A Good Reason For My Wife To Wait Till Her FRA To Take Social Security?
Savers poised for ‘biggest win’ in 2023 as inflation falls. Where to put your cash now
Nordstrom stock surges after activist investor Ryan Cohen buys stake in retailer
Pfizer expects 2023 sales to decline as much as 33% compared with record-breaking 2022