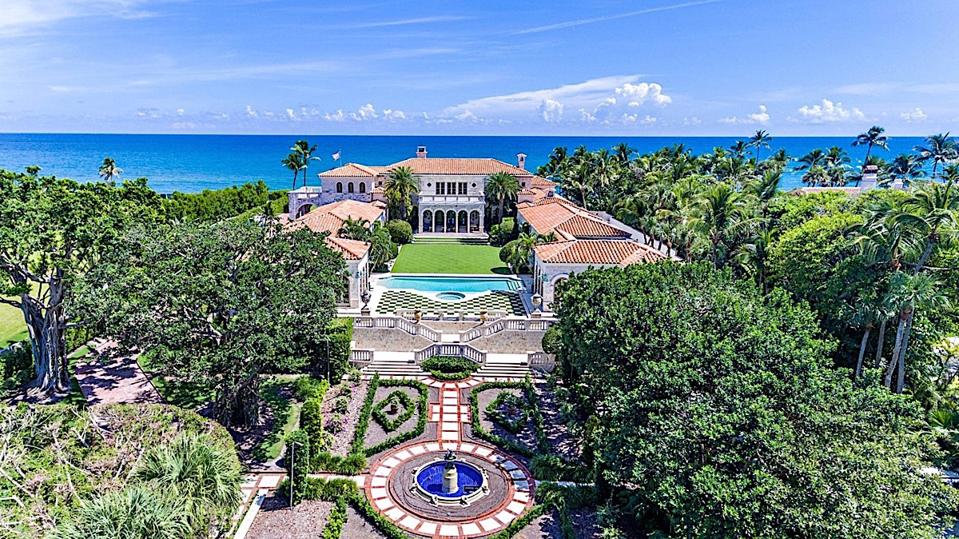 There has already been one sale topping $100 million in California this week and now there’s another one to report on the other side of the country. La Follia, a 37,500-square-foot building on Palm Beach’s Intracoastal Waterway just closed for a $105 million, according to property deeds cited by The Palm Beach Post. However the amount of money that changed hands is said to be closer to $110 million once commissions and fees are accounted for. The home was owned by Terry Allen Kramer, award winning Broadway producer and heir to Charles Allen Jr. who founded the investment firm Allen & Co. She died last May at the age of 85 and the home went on the market for $135 million as part of her estate. She and her late husband, Irwin Kramer, oversaw the build of the home that was completed in the mid-1990s as the only “direct ocean-to-lake estate” on Palm Beach. The Atlantic Ocean sits on one side of the home while the Intercoastal Waterway is on the other.

The sale sets a record for Palm Beach, beating out the 2008 sale by Donald Trump to Russian billionaire Dmitry Rybolovlev for $95 million (Forbes estimates Rybolovlev’s net worth at $6.8 billion). Rybolovlev has since razed the property and subdivided the 6-acre lot into three separate parcels. Two of them have sold for a combined $71.4 million, while the third is under contract with an asking price of $42 million, according to the Palm Beach Post.

La Follia is less than a mile from Mar-A-Largo, Trump’s Florida residence.

This property sits next to a group of nearly vacant lots totaling 17 acres owned by billionaire Ken Griffin, for which he paid a total of $250 million to several sellers so he could assemble the entire parcel. Griffin has set real estate records before with the most expensive sale for an individual property in the U.S. (a $238 million penthouse) and the most expensive property sold in London in over a decade (a $122 million mansion near Buckingham Palace). Forbes estimates Griffin’s net worth to be about $11.7 billion.

But back to La Follia. The Italian Renaissance-style home went at it full force with the ornate details and architectural motifs. Here’s the living room with intricate cornice work on the ceiling.

And the outdoor patio with coffered ceilings, columns and arched walkways.

The interior study combines soft wood tones to balance out the sun light from the wall of double doors that look out to the water.

One of the eating area off of the kitchen relies on the same theme of lining one end of the room with full glass doors to capture the water views.

The main bedroom suite has a private porch, dual bathrooms, a sitting room and office. There are a total of 13 bedrooms, 18 bathrooms, which includes approximately half a dozen of each dedicated to staff quarters.