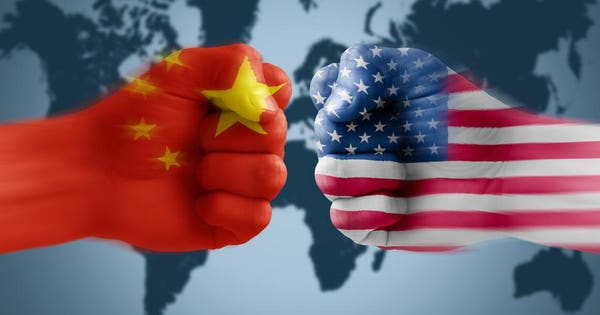 America is trying to turn China into another Japan. When it comes to trade relations between the two sides, that is.

That’s has been obvious from the very beginning of the trade negotiations, as it was written previously here. But it became more obvious after the breaking down of the negotiations back in May.

The sticky issue between the two sides isn’t so much on negotiation targets. Beijing has repeatedly demonstrated its willingness to cut tariffs on some American products and raise import targets on others.

It’s rather how a trade agreement should be enforced, so Washington gets measurable outcomes out of China.

That was also the sticky point in trade negotiations between America and Japan back in the 1980s. And America came up with the formula: the Omnibus Trade and Competitiveness Act.

Here’s how it happened.

In November 1983, the Regan administration began talks with Japan regarding the opening of its capital markets and the appreciation of the yen, an effort that led to the Plaza Accord of September 1985. Parallel to these efforts, in early in 1985, the two sides opened talks on another front, the Market-Oriented Sector –Sensitive negotiations. The talks covered four specific areas of trade friction: electronics, medical equipment, telecommunications, and pharmaceuticals. One year later, in 1986, the two sides agreed to establish the Structural Economic Dialogue, a preface to the Structural Impediments Initiative, which addressed trade issues for specific products on a regular basis (six months). In 1988, the US Congress enacted the Omnibus Trade and Competitiveness Act, in essence placing the US-Japan trade under Washington’s control.

Eventually, Japan had no choice but to surrender to American demands.

But China isn’t Japan when it comes to yielding to outside pressure. Even if that comes at a great cost. At least that’s what it has demonstrated during its long history.

That’s why Beijing doesn’t seem to be willing to let America apply the formula it applied to Japan, as trade negotiations are about to resume.  At least, that’s the message from the official Chinese agencies, following the Osaka meeting. “China’s official news agency quoted President Xi after the meeting saying that “negotiations should be based on equality and mutual respect,” a thinly veiled reiteration of China’s opposition to US demands for an agreement that would allow the US to enact punitive tariffs against China to enforce a future agreement that China could not retaliate against,” says PNC Financial Services Group Senior Economist Bill Adams.

Then there’s China’s rejection of America’s demand to have the trade agreement codified. “China also rejects the US demand to codify a trade agreement in Chinese law without a corresponding US law committing the US to permanently forgo tariffs,” explains Adam. “The Trump administration has proposed the US side of the agreement be exclusively a commitment by the executive branch, giving President Trump and future presidents discretion over reinstating tariffs on Chinese imports.”

Apparently, negotiators need to come up with a new formula that lets Beijing save face. But that will take a long time, testing Wall Street’s expectations.