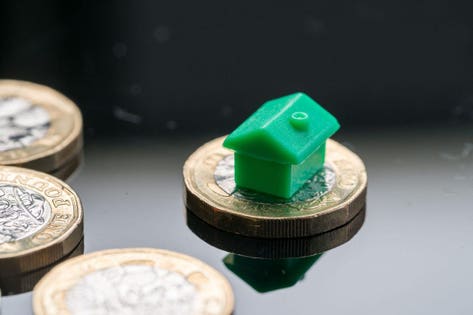 “What the Nationwide report continues to demonstrate is two opposing forces pushing against each other; cancelling each other out to a degree.”

Nationwide’s latest UK house price index report for June 2019 – published today and available to read here – on the surface paints a picture of a market that’s to some degree treading water.

Headline factors are that annual UK house price growth remains under 1% for the seventh successive quarter, with notably an eighth consecutive quarter of price declines in London. Where there is upward house price movement, it’s well away from the capital: Northern Ireland, Wales and Yorkshire & Humberside registered increases of over 3% in the last quarter (April–June).

Brexit continues to cast its shadow over these figures, as you might expect. It’s been three years since the Brexit vote, and the slowdown in house price growth has sustained as uncertainty has increased. The incoming departure of incumbent UK Prime Minister Theresa May and the lack of clarity over her successor, either Boris Johnson or Jeremy Hunt, and the direction they’ll take, is a further concern.

Yet it’s worth noting that Brexit uncertainty has steadied prices rather than depressed them outright. Working on inflation-adjusted figures, the annual peak for the average real price of a UK home was in 2007, when the number stood at £250,354. The market bottomed in 2012, arguably at the peak of UK austerity and in the aftermath of 2008’s global financial crash (which, rather than Brexit, is the biggest single factor by distance to damage UK house prices in the past 30 years). Back then, the average price of a UK house was £189,099.

Since then, we’ve seen tempered peaks and troughs in the market – a marked contrast from the sizeable slopes of the 1980s and 90s – and the average price of a UK house now stands at £216,515 in June 2019 (non-seasonally adjusted). That’s just 2.1% down from its 10-year high. In spite of sizeable pressures, pricing has proved to be relatively unresponsive. It’s been a much better decade for the housing market than the one before.

It would be negligent to expect any dramatic price lurches until the UK’s exit from the EU is finalised, or at least until the current 31 October deadline approaches. Indeed, for the time being, there’s comfort from Nationwide’s HPI’s reflection of just how changeless things are.

In part, that’s because there are so many counterbalancing forces at play.

Stamp Duty, for instance, is high right now, owing to changes which came through with the previous Conservative government. In 2014, taxes on the most expensive properties increased from 7% to 12%. A couple of years later, a 3% additional charge was introduced, meaning that buying a second home worth more than £1.5 million was pinned to a 15% tax rate.

Countering that, wage growth is healthy. The Office Of National Statistics reports that in June 2019, wages were 3.1% up year on year, against a UK inflation rate of 1.9%. Real earnings are gradually increasing, and interest rates remain low at 0.75%. In spite of warnings that several rate rises are expected in the next couple of years, the number of first-time buyers entering the market continues to rise. Good numbers of people still want to buy their first home. In part, that’s because of Help to Buy which has increased the immediate affordability of U.K. property and has, in turn, helped to prop up prices.

The growth away from London is also interesting. Likely a by-product of legislative changes to discourage overseas investors snapping up UK property, and government initiatives such as the Annual Tax on Enveloped Dwellings (ATED, more on that here).

Beyond this, there’s sheer affordability. The growth in the UK market is everywhere but the south of England. In part, this has been countering the outperformance of the London market in years past. But also it could be early signs of a slow economic shift away from the capital (perhaps inspired in part by projects such as HS2).

What the Nationwide report continues to demonstrate is two opposing forces pushing against each other; cancelling each other out to a degree. On the one side, political pressures and uncertainties, and on the other, active – and new – buyers in the market, fuelled by wage growth, low unemployment, good mortgage deals and Help to Buy schemes.

Whilst anecdotally, many agents are seeing an encouraging slight uptick in sales volumes, it’s unavoidable to conclude that the Brexit delay is clearly causing some concern, as is Stamp Duty legislation.

However, low levels of unemployment and good mortgage rates are helping to tip the scales. When it comes to Brexit, it’s clear that some have tired of putting property plans on hold and are deciding to push on with sales and purchases.

The prospect of a new prime minister has yet to ease the current uncertainty present in the market. As such, we shouldn’t expect any more significant changes in consumer sentiment or house prices until September and October, which will be a crunch time for both candidates.

Boeing posts quarterly loss as labor and supply strains overshadow increase in jet demand
Pending Home Sales Improve In January As More Buyers Return
Know The Times When An IRA Conversion Is Most Likely To Pay Off
Here are 5 things to know about filing a tax return this year
SECURE 2.0 Glitch Appears To Remove Your Ability To Make Retirement Catch-Up Contributions In 2024