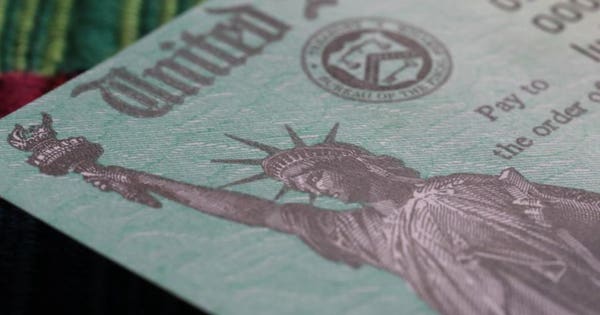 United Income, a financial planning advisory service, just released an important study called, “The Retirement Solution Hiding In Plain Sight.” Using government data and proprietary software, it calculates how much money retirees have lost, and are losing, by making mistakes about when to start claiming Social Security benefits. United Income’s answer: a whopping $3.4 trillion or $111,000 per household!

That’s enough to move half of the oldest Americans now in poverty out of that terrible state. Put another way, according to United Income, the average Social Security recipient would get 9% more income in retirement by making the “financially optimal” decision about when to claim benefits.

Increasing Your Social Security Benefit By 177%

According to United Income, someone who’d get a $725 monthly Social Security benefit by starting to claim at 62 (the earliest age) would see a benefit increase to $1,280 by delaying to age 70 — an increase of 177%.

By United Income’s calculations, however, only 4% of retirees make the financially optimal Social Security claiming decision. The rest of them are claiming too early. United Income estimates that 92% of retirees would be better off waiting to claim until at least 65.

The study’s conclusion: if boomer workers would take the most appropriate Social Security benefits at the right time, they’d increase their prospects for financial security in retirement.

The United Income study indicates significant attention to detail and uses the best available data to answer its question about optimal Social Security claiming. So, as someone who has been a Social Security analyst for decades and co-wrote Get What’s Yours: The Secrets to Maxing Out Your Social Security, I take its estimates seriously.

Personally, I would have made different methodological choices. But, in the end, I too would likely have arrived at a figure for lost Social Security benefits running in the trillions.

6 Reasons Why Retirees Are Leaving Trillions on the Table

So why are retirees leaving trillions on the table? And how can those trillions be used to support Americans in retirement?

There are, I think, six reasons people make the “wrong” Social Security moves:

First, many, if not most, people in the second half of life, are cash poor. They can’t wait until age 70 to collect their retirement benefit when they’d be roughly 70% higher, after inflation, than if they started claiming at 62.

Second, retirees don’t know how to value the extra Social Security benefits they’d receive in the future from exercising patience. Indeed, virtually none of the Social Security claiming tools from financial services companies I’ve seen get optimal claiming right. They focus on the actuarial value of benefits. This is off base, since any given household can’t play the actuarial averages. Social Security — by paying benefits in the form of inflation-adjusted income that don’t stop until you die — insures you against this financially catastrophic event. Properly valuing Social Security requires correctly incorporating the value of its insurance.

Third, the vast majority of retirees don’t use any Social Security software to make what, for many, is their most important financial decision.

The fourth reason is that retirees fear they will die before collecting what they are owed from Social Security. “Take your benefits. You could die tomorrow,” is what many Social Security staffers inappropriately tell people when they make benefit inquiries. But none of us will be kicking ourselves in heaven for not taking Social Security early. The real danger is not dying and kicking yourself in heaven for the money you could’ve received.

The fifth reason people take their Social Security benefits too early is they think they can invest that money in the stock market and make a killing. This is nuts. The implicit, perfectly safe, real investment return from waiting to collect higher benefits is three times more than you can earn on the market, based on historical averages.

The sixth reason is that Social Security recipients fear future cuts in benefits because they’ve heard Social Security is insolvent. But the politicians aren’t likely to cut benefits of current beneficiaries or people close to retirement. So a benefits cut is a worry for the young, not for those now retired or about to retire.

What Could Fix This Social Security Problem

How can retirees be kept from squandering trillions?

The study’s authors suggest eliminating the option to take retirement benefits early with exceptions for those with an incontrovertible need to do so.

This will force millions to work longer, which may not be a bad thing. But it’s very Big Brother social engineering.

A better option is to let some take a portion — say, one third — of his or her Social Security benefit early while letting the rest of the benefit grow. This would alleviate the cash flow constraints facing so many early beneficiaries. Mechanically, this would be fairly easy to implement.

Would this plan cost Social Security more money? Yes, based on proper accounting. But the additional costs are clearly worth it

The boomers, with the help of Uncle Sam and their employers, have made a financial mess of their retirement. As this new and highly valuable United Income study shows, the boomers are compounding their financial problems by making terrible Social Security decisions.

It’s time to turn this situation around.