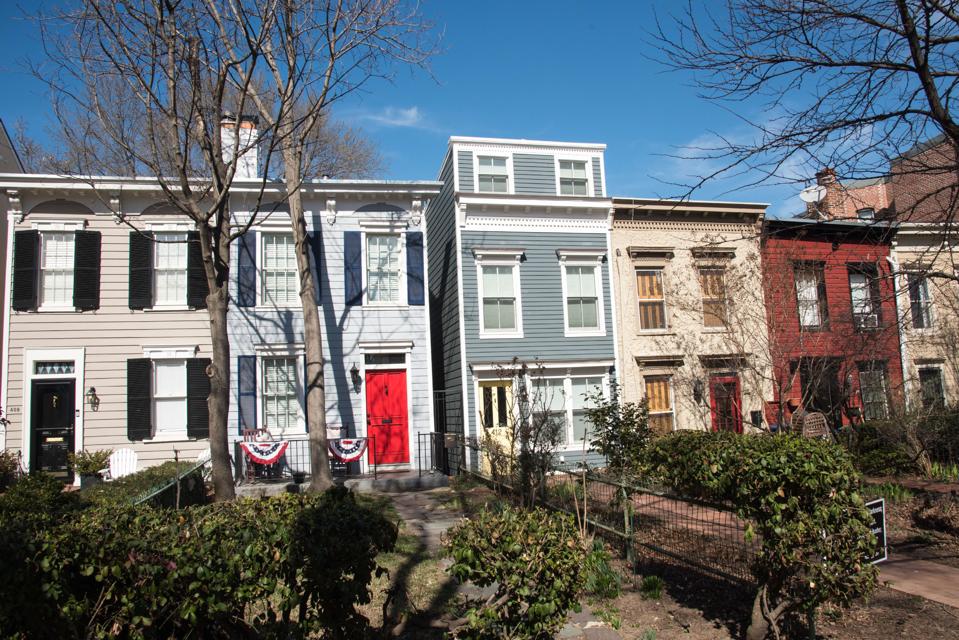 Headed into the year, all eyes were on the housing market as it showed signs of softening for the first time in recent memory. A sharp rise in inventory, talk of more rate hikes and shrinking home price gains in the fourth quarter of 2018 created a cloud of uncertainty.

Six months in, it’s safe to say that the sky isn’t falling. But you might think of the real estate market right now as behaving like a C student that isn’t living up to its full potential.

“The housing market is doing fine,” said Lawrence Yun, Chief Economist for the National Association of Realtors. “But it certainly can do better given what’s happening with job creation and the historically low mortgage rate that is currently in place.”

To make sense of this transitional period, it’s time for a midyear market pulse check. Here’s how leading industry economists are piecing together the first stretch of 2019 and what they say is in store for the future of housing.

“For the first time in a long time, we’re starting to see prices correct,” said Skylar Olsen, Director of Economic Research at Zillow. “And the big thrust that’s changing that narrative is the affordability challenge.”

She explains that when home values outpace incomes so aggressively, the two “have to snap back together eventually,” which is in effect what’s happened.

In April, the S&P Case-Shiller Home Price Index dropped for the 13th month in a row. To be clear, home values are still going up nationally; they’re just rising at a more moderate rate. Annual gains for April clocked in at 3.5%, down from 3.7% in March.

But in some markets the shift has been far more dramatic.

Take Seattle. For two years price growth accelerated faster there than anywhere else in the country. Then between April 2018 and April 2019, the year-over-year price change shrunk from 13.8% growth to a 0.0% flatline. Over the same time frame, San Francisco fell from 10.9% to 1.8% annual gains.

Notice a trend? The markets with the fastest growth fell the hardest. Some exceptions bucking the norm have been Las Vegas, Phoenix and Tampa, their resilience due to how hard they were hit by the 2008 housing crisis.

“I would say the price appreciation of 3% is a healthy development,” added Yun.

After four benchmark rate hikes in 2018, the Federal Reserve signaled it planned on two more increases this year. That gave analysts every reason to believe mortgages were well on their way 5.5%.

But in March the Fed moved away from that intent and showed signs of even lowering the interest rate (whether that will happen is still TBD). As expectations changed, mortgage rates dropped from 5.09% to 4.09% between November 2018 and June 2019.

However, low interest rates aren’t like an immediate caffeine jolt for the housing market. “It doesn’t impact the down payment,” said Olsen. “And that’s the real struggle, right? Just because mortgage rates dropped doesn’t mean I can suddenly reenter the housing market.”

Demand is also tied to homebuyer sentiment, which isn’t necessarily strong right now. In June, consumer confidence dropped 9.8 points to the lowest level since September 2017 as a result of tensions surrounding the trade wars, according to the Conference Board.

“Consumers are picking up on that lack of certainty about the economic outlook,” said Hale. “And that’s not necessarily going to inspire them to make large purchases like a house.”

Overall inventory has started to creep up a bit this year, though it’s deceiving to try and judge the state of affairs without seeing how the market is truly split in half.

“There is plentiful inventory on the upper end market, so the housing shortage is really on the mid-priced and low ends,” said Yun. “Because the property tax deduction has been limited, there is less desire or greater financial burden from owning than before, so the upper-end market appears to be generally softer.”

In addition experts say builders have faced a number of obstacles to ramping up new construction, including high land prices, labor barriers, material costs, and the onerous process to obtain permits.

All this puts pressure on profit margins so when builders do construct a new house, it tends to be more on the luxury end.

Finally, as people move less often and more boomers decide to age in place rather than downsize, “that’s just kind of holding up a lot of the inventory that otherwise would be lubricating the whole system,” Olsen added.

So together these dynamics have created a tale of two markets.

“If you’re selling an entry level home, you’re probably still looking at a pretty competitive market in most places,” said Hale. “But if you’re selling a more expensive home you probably have to adjust your expectations.”

Nationally, housing conditions could be described as a seller’s market that’s gradually moving more in favor of buyers.

Drill down to the regional or local level though, and it varies. For one, some metro areas outside of major cities have stayed warmer as they catch the spillover of priced-out buyers (see: Tacoma). Strong job creation and reasonable cost of living has kept Midwest markets like Louisville and Indianapolis thriving, along with markets that resemble the Midwest in affordability—Rochester, New York, being a prime example.

“It’s definitely a buyer’s market here,” said Kim Alden, a Realtor with Baird & Warner in the Chicago suburb of Barrington, Illinois. “Inventory is a lot higher. Buyers are negotiating harder than ever because there’s a lot of people who want to sell their house and they’re using that to get the lowest price that they can.”

Alden says that 65%-75% of her listings come from people who want to leave the state of Illinois altogether to escape new and existing state tax laws.

With supply high, she’s seeing sellers experience disappointment that they can’t get as much money for their house as they expected, with one exception: updated, smaller homes are “flying off the shelves.”

But high-end sellers will need to bust out the paint and spruce up their curb appeal to attract buyers.

What about the rest of the year?

Real estate experts remain optimistic about housing’s prospects for the latter half of 2019. Olsen expresses that even if GDP growth weakens and wages slow, it’s likely that the market is primed for some kind of a rebound.

The biggest reason for this is that as huge waves of millennials continue to reach peak home-buying age, that will put pressure on demand not only this year but in the years to come. And it’s hard to argue with long-term demographics. If a recession does hit at some point as part of the economic cycle, housing would therefore be impacted though perhaps not devastated.

Ultimately after a long post-recession hot streak, at this point housing was due to break fever. The hope is that the market will heat up a little slower next time and create some normalcy. For now, consider it a short-term correction, and hope that more homes will come on the market that people can actually afford.

“The perfect scenario going forward,” Yun said, “even off into the next couple of years …is if there can be a robust increase in new home construction, the housing market will be more of a bright spot for the broader economy.”

Watchdog Sounds Alarm On $5.4 Billion Of Potentially Fraudulent Pandemic Loans
Rivian to lay off 6% of its workforce as EV price war concerns grow
Before you enroll in Medicare, what to know about new rules that eliminate coverage gaps
More than half of all ‘Avatar: The Way of Water’ tickets have been for 3D showings
Ferrari’s profits jump 13% in 2022, supercar maker expects an even better year in 2023