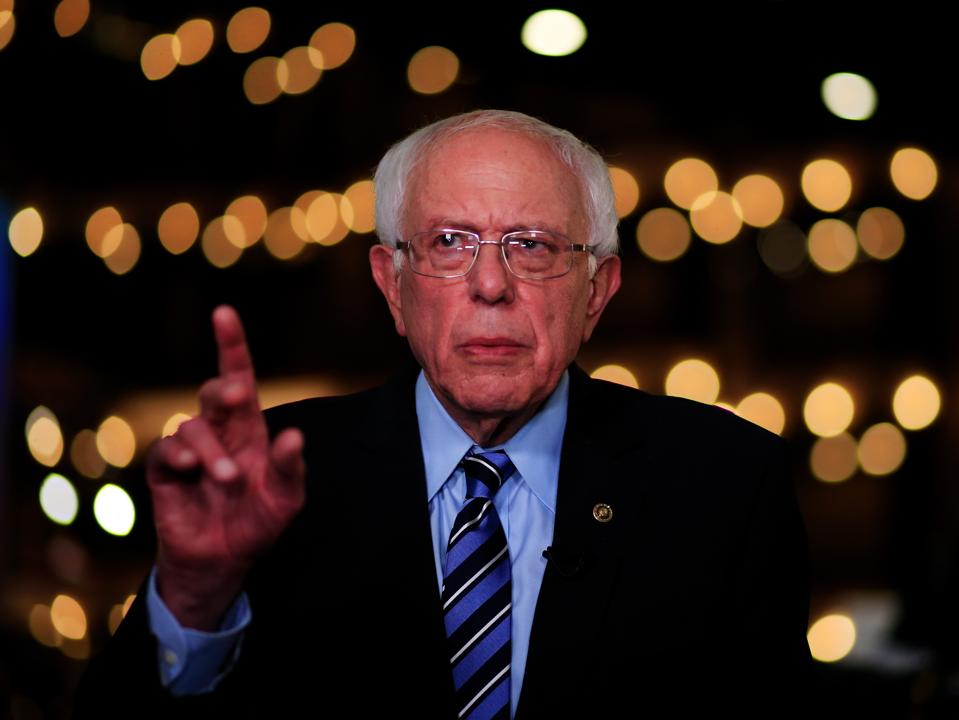 This is not the first time Sanders has proposed an FTT. He offered a similar idea as a presidential hopeful in 2016.  Then, he would have used the tax as part of a package to finance some of his domestic agenda that included free college and universal free health care.

Sanders also would create an income tax credit intended to fully offset the average burden of the tax for individuals with incomes of less than $50,000 ($75,000 for married couples). Sanders estimates his FTT would raise $2.4 trillion over 10 years, which he says is enough to finance his current student debt plan.

Would it raise that much?

When TPC analyzed Sanders’s 2016 version (and this one seems largely the same), it concluded the Sanders FTT would generate far less than his supporters claimed. At that time, Sanders estimated his tax would raise about $3 trillion over a decade while TPC concluded it would generate only about $400 billion.

While Sanders may have changed a few details and TPC has yet to model his latest version, the same intuition applies. TPC identified two issues that suggest the FTT would generate less revenue than Sanders says.

First, the larger estimate overstates the dollar amount of derivatives transactions. Second, a tax of the size Sanders proposes likely would change investor behavior. TPC figured a 0.5 percent tax would reduce the volume of equity trades subject to the tax by 85 percent, reducing revenue from both the FTT and from taxes on realized capital gains.

Investors (especially sophisticated institutional traders) could move to lower-taxed overseas markets or simply trade less. Here is a detailed explanation of how the TPC and Sanders estimates differed in 2016.

Of course, today’s estimates would be somewhat different from 2016, both because Sanders has changed some details of his plan and because a new estimate would focus on the years 2020-2029 instead of 2017-2026.

However, more recent evidence also points to lower revenue from substantial FTTs. For example, the European Union has been struggling to create its own FTT and its latest projections suggest the levy would generate much less revenue than earlier projections. In 2013, the EU projected the tax would raise between €30 and €35 billion annually. The latest estimate based on France’s actual experience with an FTT: €3.45 billion. The EU has been trying to adopt an FTT since 2011 but continues to struggle to agree on details.

What would Sanders’s FTT accomplish?

He seems to have three goals that may be, at least in part, inconsistent. He wants to raise a lot of money to pay for his free college program. He wants to discourage speculation (although one investor’s speculation is another’s investment). And he wants to punish Wall Street for the excesses he says   caused the Great Recession.

The problem, of course, is that the more he discourages trading, the less revenue his tax will collect. For example, Sanders wants to end computer-driven high frequency trading. These trades now account for roughly half all stock market volume, yet critics argue they do little or nothing to improve market liquidity or price discovery.

Because high-frequency traders live by arbitraging tiny spreads in stock prices, the Sanders FTT would put them out of business. But shutting down the flash boys would slash the revenue Sanders needs to pay for free college.

Who would pay the tax?

Sanders is unequivocal. In his statement describing the bill, he said the levy “targets Wall Street investment houses, hedge funds, and other speculators.”

But his FTT taxes transactions, not banks. At least in the short run, much of the tax would be passed on to investors, reversing a decades-long trend of lowering trading costs. Before 1975, investors paid commissions of as much as 1 percent of the value of a trade. Plus they had to bear the cost of the artificially high spreads brokers maintained between the price at which they bought a stock and the price at which they sold it. Now, for retail investors those spreads have narrowed to pennies and commissions generally range from $1 to $5 per transaction.

Thanks to lower transaction costs, the rise of investment vehicles such as mutual funds and exchange-traded funds (ETFs), and the growth of 401(k)s and IRAs, middle-income households have been able to enjoy some of the benefits of investing in the stock market.

But under the Sanders FTT, someone who buys $10,000 in mutual fund shares would pay a tax of $50—a 10-fold increase in transaction costs. That will discourage trading, though by how much is an open question.

An FTT has merits. But its ability to raise revenue is limited because trading will decline and perhaps migrate to markets not subject to the tax. Whatever its benefits, the Sanders version is not likely to raise enough money to pay for his ambitious education agenda.