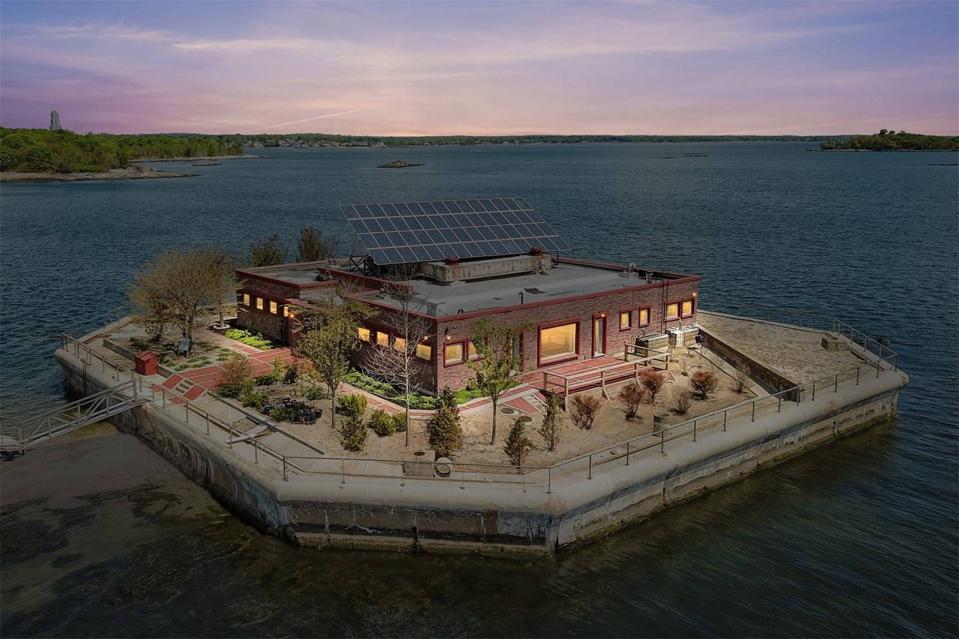 Two private islands north of New York City have come on the market for the first time in more than a decade. The combined asking price for both is $13 million.

Columbia and Pea islands are located in New Rochelle, N.Y., which is less than 10 miles from the Bronx. Columbia Island, the smaller of the two parcels at 2 acres, comes with a four-bedroom, two-bathroom brick home with 360-degree water views.

The islands have an extensive history. In 1940, Columbia Broadcasting Company purchased the property to use for a radio tower. In 1967, entertainers Mary Healy and Peter Lind Hayes bought it and built a residence, which they later donated to the College of New Rochelle. The current owner, human rights activist, real estate developer and former physician Al Sutton, purchased the property 11 years ago and extensively renovated it, said listing agent Patti Anderson of Julia B. Fee Sotheby’s International Realty.

The home is 19 feet above sea level and also has a pump that could process 60,000 gallons of water an hour, Anderson says.

“He has spared no expense in creating this beautiful location,” Anderson says.

The home has solar panels with a diesel backup, radiant heat and a reverse osmosis desalination machine, so the buyer can live completely off the grid.

The property has a dock that accommodates a 40-foot boat and the sale comes with a work boat and a barge.

Pea Island, which is .2 nautical miles away from Columbia Island, has 5 undeveloped acres and doesn’t have a dock, so it can only be accessed by a small boat, such as a skiff, paddle board, rowboat or kayak.

Is Delaying Social Security Benefits Still A Good Deal?
Egg prices rose 60% in 2022. One farm group claims it’s a ‘collusive scheme’ by suppliers
Oscar nominations: ‘Everything Everywhere All at Once,’ ‘Top Gun: Maverick’ among leaders
How ‘Skinamarink’ made $1.5 million on a $15,000 budget
Semiconductor giant ASML sees 2023 sales surge; says China revenue to be steady despite U.S. chip restrictions