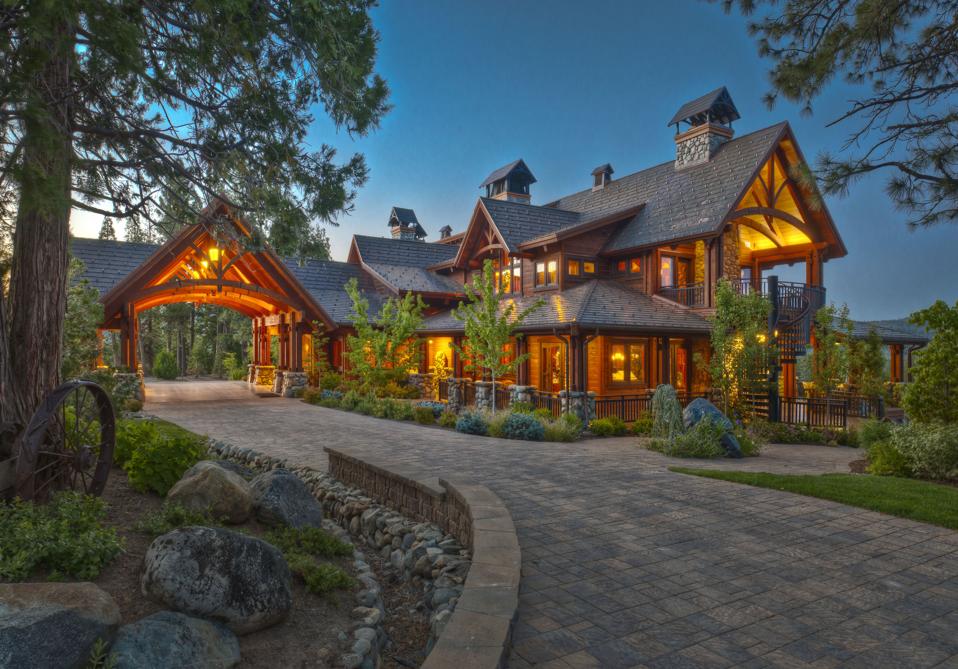 As the real estate market has slowed over the last year, luxury home auctions have seen incredible growth.

But these estates and mansions aren’t being auctioned off for the usual reasons, such as bankruptcy or back taxes. Instead, the auctions are being used as a marketing tool to drive up demand and increase visibility.

“Our business has been growing every year since 2008,” says Laura Brady, president of New York-based Concierge Auctions, which has several properties around the world awaiting bids. “On average, we see a 35 percent growth rate per year. The most recent year we have seen a really substantial uptick in sellers and real estate agents who represent sellers.”

This year Concierge Auctions will auction off approximately 200 properties, up from roughly 150 in 2018.

The seller of a high-end property may choose to go the auction route for several reasons, including the greater certainty of having a sale and being able to show what the market value is. Many properties on the auction block have been listed for a few years, and with the real estate market cooling off, sellers are looking for other avenues to find buyers.

“There are pockets that are seeing heightened inventory and lower sales,” Brady says. even in a healthy market it can be difficult to sell a high-end home because the buyer pool is so small.”

Brady says the average property gets interest from 200 to 300 qualified buyers with 50 showings and transactions completed in four to six weeks. Going the traditional route, these properties would take one to two years, or more, to sell.

Sellers get in advantage in all cash deals, with no need to deal with bank financing, and the ability to require quick closings and no contingencies.

Brady has seen a big growth in international business, as “the process for buying and selling homes in other countries is typically less organized and regulated than it is in the U.S.”

There has also been a major uptick in luxury auction activity in Florida, with three recent successful Concierge auctions in the Miami and Broward County areas totaling $131.25 million.

Earlier this year, an estate with a 13,000-square-foot home in Marco Island, Florida, called Greystone Manor, was auctioned off with no reserve, attracting more than 2,500 interested people. In the end, 12 registered bidders drove the price up to $5.1 million.

“More bidders brings more competition, and more competition means a higher price at the end of the day,” says Randy Haddaway, the founder and chief executive officer of Florida-based Elite Auctions, which handled the Greystone Manor auction. “It puts the seller in a position of power.”

Of course, there’s no guarantee that an auction will be successful.

“I recently raised the auction strategy for consideration with two sellers who have had a bit of a challenge finding the right buyer for their property,” said Robin Kencel, a broker with Compass in Greenwich, Conn. “As each has an appeal to a specific audience, we ultimately decided against this marketing approach. I believe the auction tool is best suited in situations where the seller has time and/or financial constraints and the property appeals to a large target audience.”