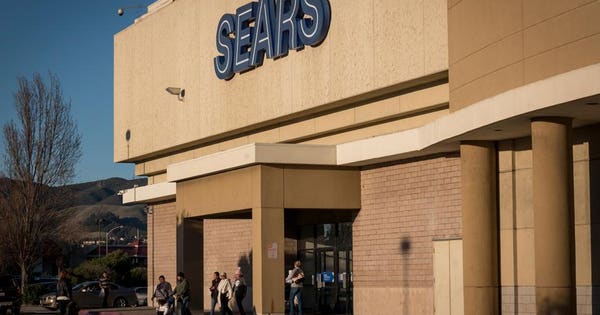 Sears is no longer the iconic retailer once was, leaving behind scores of shattered stores, but its landmark buildings are still standing tall. And they’re serving a new community function: homes of entrepreneurs, bringing new life to the local communities.

There was a time retail pioneer Sears ruled the US retailing industry. Its mail order catalogues and retail stores captured the hearts and wallets of middle-income Americans.

But in recent decades, Sears has been losing both the hearts and the wallets of middle-income Americans, closing scores of stores, and striving for survival.

Now, the landmark buildings that were hosting its stores are undergoing a “creative destruction,” as is the case in Houston, where Rice University this year unveiled plans to transform the 270,000 square foot  Midtown Sears property into the Ion. The landmark Sears building is currently under construction and the Ion will serve as the hub of Houston’s downtown broader innovation district, and bring new life to the Houston community.

“The Ion will not just be another home for startup companies – it will be welcoming to all Houstonians with engaging programming, job creation, gathering spaces and training programs that support neighborhood residents, says Allison Thacker, President & Chief Investment Officer of Rice Management Company. “The Ion will also link together all of Houston’s institutions of higher learning within our academic network.”

Bob Harvey, President and CEO, Greater Houston Partnership, explains the rationale behind the Ion project. “Houston has long been known as an innovation hub, but we saw a need to rapidly accelerate the growth of our startup ecosystem,” he said. “In taking a deeper look at other successful tech cities, it became clear we needed to build our efforts around a concentrated district of activity.”

“What’s most exciting is the across-the-board buy-in for the project from a network of Houston’s academic institutions, entrepreneurial and business communities and civic leadership. That unprecedented collaboration is helping transform how we think about innovation in Houston.”

And a source of the next generation of talent, according to Kroger Executive Vice President and Chief Information Officer Chris Hjelm.

The old Sears building located in the heart of Cincinnati before it was converted into the 1819 Innovation Hub.

The University of Cincinnati Archives

The University of Cincinnati 1819 Innovation Hub

The University of Cincinnati 1819 Innovation Hub

“This is a tremendous opportunity for Cincinnati Bell to engage with the University of Cincinnati, which is doing cutting-edge research and producing a pipeline of students who are developing in-demand engineering, marketing, and design skills,” adds Cincinnati Bell CEO Leigh Fox.

And there’s downtown Birmingham, where the city’s Sears on the southeast corner of 2nd Avenue North and 18th Street North has been transformed into the Innovation Depot.  “Since opening our doors in 2007, Innovation Depot has catalyzed significant revitalization to the area and has become a physical representation of the changing economy – and Birmingham’s growing reputation as a center for technology startups and entrepreneurship,” says Devon Laney, President and CEO of Innovation Depot. “The Innovation Depot has generated an economic impact of $2.65 billion in the Birmingham area over the last five years.”

While it’s unclear whether these new ventures will accomplish their mission to revitalize the local communities, one thing is clear. Schumpeterian capitalism will always find better uses for precious resources, like landmark buildings.