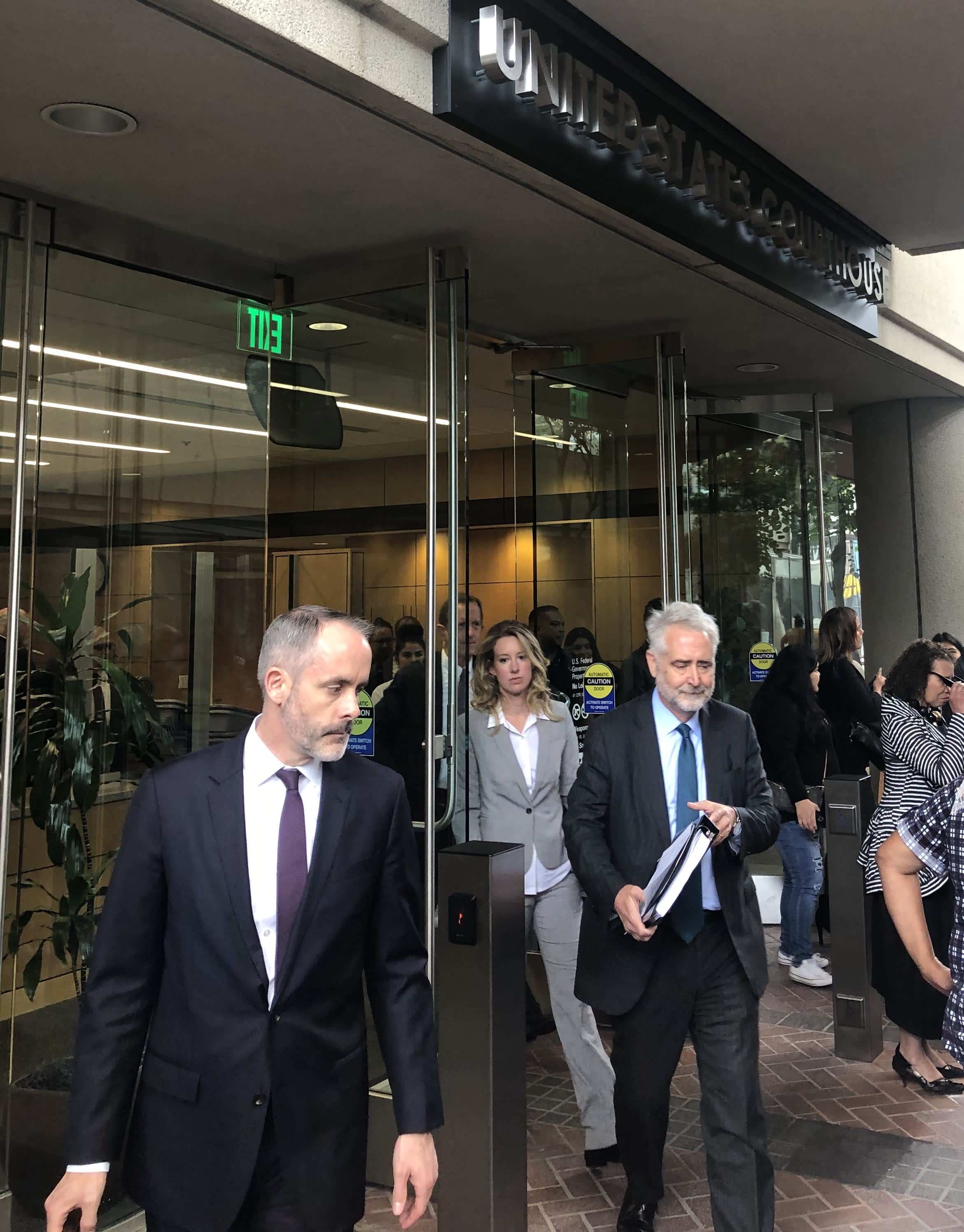 Theranos founder Elizabeth Holmes walked out of federal court on Friday with a delay in her criminal fraud trial until 2020 — but she wouldn’t say if she walked down the aisle.

Widespread media reports this month claimed Holmes tied the knot with Billy Evans, but there’s been no official confirmation. Holmes ignored questions from CNBC on the topic.

Holmes and co-defendant Ramesh “Sunny” Balwani are charged with nine counts of wire fraud and two counts of conspiracy to commit wire fraud with the now-defunct blood-testing company. They each face up to 20 years in prison if convicted.

Inside the courtroom, Judge Edward Davila said the trial will begin on July 28, 2020, with jury selection. The judge set aside three months for the trial.

During the hearing defense attorneys sparred with the government over what they claims they’re withholding critical documents.

“We have a lot of work to do. We want to be right and organized and we want to present a coherent defense to this court when this trial starts,” Lance Wade, an attorney for Holmes, told the judge. Prosecutors said the requested documents are in the hands of government agencies.

Davila instructed both sides to return on July 17 with an update.

Holmes founded Theranos, a blood-testing startup, in 2003 and grew the company to a valuation of $9 billion. The Theranos promise was sweet: they could run hundreds of lab tests with just a drop or two of your blood.

But it all came crashing down after the Wall Street Journal revealed the company’s claims were false in a series of articles beginning in October 2015. The company shut down in September 2018.

One of Jeff Bezos’ secrets to success: The boss should always talk last in meetings
How The IRS Might Spend Its Billions To Improve Taxpayer Services
As some retirees worry about surprises this tax season, these resources may help
64% of Americans are living paycheck to paycheck — here’s how to keep your budget in check
Is Social Security Going To Go Bankrupt?