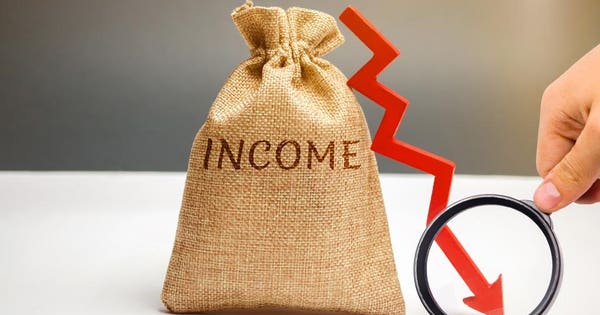 Democratic Socialist Bernie Sanders and Billionaire Ray Dalio are on the same page.  They both say that the stark reality that American workers have not had a wage increase for years is a crises and fault line of capitalism.  The great American wage repression is so bad that the United States leads rich nations in allowing 25% of our jobs to pay close to poverty wages. In most of the OECD that share is in the single digits. Solving the chronic American problem of low-wage employers has been a thin policy-stew of the tax code — through the Earned Income Tax Credit — sluggish minimum wage hikes, and embattled trade unions. One reason policies don’t help raise wages is because acting alone each policy undermines the other. People can’t live on the minimum wage and the EITC suppresses wage growth. And weak trade unions means weak political mobilization for both policies. But EITC and minimum wage  have to be in the same sentence and the same breath and in the same legislation.

Some activists and politicians — mostly Democrats I am afraid, and so is Ray Dalio afraid that rich people aren’t more worried — are working very hard to help poor and low-income people. They have advocated an increase in the minimum wage and expansion of the EITC. But no bill has them linked together. Why do they need to be linked?

It is common sense — once you think about it — the widely-praised Earned Income Tax Credit, which is a subsidy paid by tax payers encourages more low-wage employers. Minimum wages and unions can fix that. Don’t get me wrong, the EITC has great effects, it expands labor force participation and increases income to families as Hilary Hoynes of the University of California, Berkeley, and Ankur Patel at the U.S. Treasury found. The EITC helps working-poor mothers become economically engaged, and improves the life chances of their children by keeping them in school, providing better food, and even increasing their vocabulary.

But the crucial truth of the negative economic effect of the EITC is often overlooked as my co-author Aida Farmand and I argued in a recent much longer article in The American Prospect. The EITC subsidizes low-wage employers, who are able to attract EITC – eligible workers at lower wages than they otherwise would have to pay. Some workers get a raise from the government via the EITC. But the workers who don’t qualify for the EITC end up with reduced wages. More and more likely those workers are older workers (who mostly don’t have dependent children.) Merely expanding the EITC will continue to subsidize low-wage employers and drive down market wages. Indeed, there is no bigger supporter of the EITC than low-wage employers. For instance, the Walmart Foundation funds nonprofit organizations such as the United Way and One Economy to expand EITC outreach.

The economic dynamic makes it no question that an EITC should be paired with higher minimum wages and increased bargaining power for workers so that employers can’t lower wages when their workers get a subsidy because of their low wages. A $15 federal minimum wage by 2024 will have widespread positive effects for working women and men, kids and communities of color. Research by, again a Berkeley economist — here is Professor Michael Reich’s testimony – show that a $15 federal minimum wage will not create job loss in low-wage states in the U.S. and raise incomes.  I repeat, since the EITC lowers wages and the minimum wage is still a poverty wage for many families, it is a missed opportunity for the federal government and the more than 40 cities and seven states phasing in $15 minimum wages to not include a EITC and vice versa. The policies are complements like light blubs and lamps.

In a fierce and good-hearted effort to help poor working families Ohio Senator Sherrod Brown has introduced legislation called the Working Families Tax Relief Act that would broaden the EITC, which allows qualifying workers to claim a bigger refund. Senate Budget Committee Chairman Patty Murray had proposed another bill that would significantly boost the credit for low-wage workers not raising minor children. But legislation such as this will stop short of its goals unless companion measures are enacted to increase the minimum wage and expand union rights.

Oscar-nominated ‘Everything Everywhere All At Once’ features an IRS ordeal, but here’s what really happens in an audit, according to tax pros
Tax filing season has kicked off. Here’s how to get a faster refund
Audi’s new EV is a luxury SUV with augmented reality that doubles as a pickup
Dementia Prevention: Do You Love Your Brain?
Glacier-Surrounded Hunting Lodge Carries On A 100-Year Tradition In New Zealand