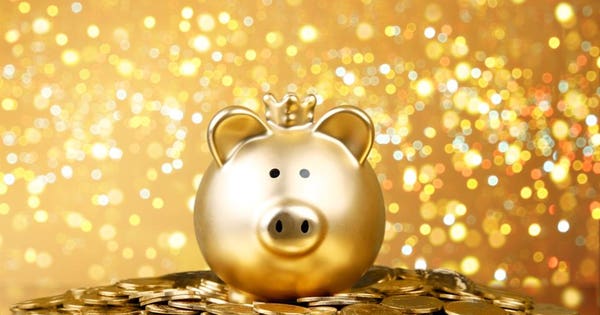 Retirees will collectively lose an estimated $3.4 trillion in potential retirement income, or an average of $111,000 per household, because they claimed Social Security at a financially sub-optimal time, according to new research out today by fintech United Income. That works out to a potential 9% increase in total expected future income, or an average annual increase of $3,400 in income, for households that make the better claiming decision.

“[I]ncome gains from improving Social Security decisions would be both broad and material relative to other income earned by retirees,” the report, The Retirement Solution Hiding In Plain Sight, co-authored by United Income founder Matt Fellowes and Jason Fichtner, former chief economist for the Social Security Administration, says.

Why are retirees leaving so much on the table? Building assets is hard enough, but when it comes to figuring out how to spend assets in retirement, things get much more complicated. Social Security benefits are just one piece of the puzzle. You have to seek out Social Security claiming advice. And the best claiming strategy for your household is different than for your neighbor. And, if you’re married, your best claiming strategy is probably different from your spouse’s. (Forbes’ contributor Jamie Hopkins breaks down the complex world of spousal benefits here.)

How many folks are making a big mistake? Nearly everyone. A mere 4% of retirees are making the optimal financial decision about when to claim Social Security, the report found.

You can claim your Social Security benefits at full retirement age (what age depends on when you were born which the SSA details in this chart; that’s age 67 if you’re born in 1960 or later), early at age 62 (for reduced benefits) or as late as age 70 (for a boost). But that doesn’t mean everybody should wait until age 70 to claim.

Most retirees will lose wealth in their 60s and early 70s if they choose to optimize Social Security but will be wealthier in their late 70s through the rest of their lives. That idea—losing wealth in the near-term—is why it’s hard for retirees to make the better claiming choice. Retirees may also be reluctant (or unable) to live off of investment account withdrawals or to work longer–two ways to tide you over if you delay claiming.

The researchers argue that early claiming should be made an exception for those who have a demonstrable need to claim early—possibly through means testing rules, or by at least making it clearer that benefits that start before full retirement age are reduced, minimum benefits.

What can you do to maximize your benefits? Start by getting a copy of your Social Security statement online; the SSA stopped mailing them out to most workers in 2017 (Under 60? Here’s Why You Need An Online Social Security Account). Take the decision when to claim seriously, and get advice from an advisor held to a fiduciary standard. For more insights into Social Security claiming, check out coverage from Forbes’ contributors Tom R. Hager and Larry Kotlikoff.

Note on the United Income report methodology: The researchers looked at the actual Social Security decision and wealth accumulation of 2,024 households from the Federal Reserve’s Survey of Consumer Finance, comparing the “actual decision” when they took Social Security to the “optimal decision” when they should have claimed, simulating the applicable amount of lifetime wealth, income, and taxes for every possible claiming age, as well as account sequencing strategy, and different market outcomes.