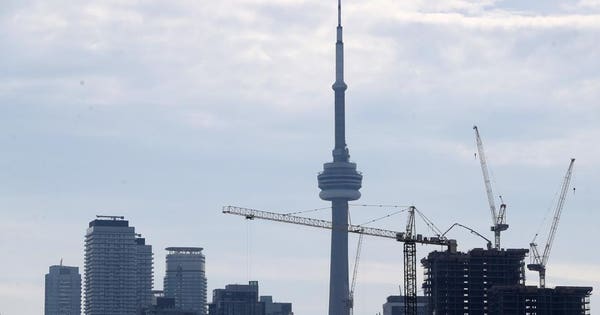 When the city of Columbus, Ohio, submitted its bid to become Amazon’s HQ2, city officials rolled out the usual fanfare: an assortment of tax incentives, promotion of its major educational institutions and real estate deals. But the hallmark of its proposal was a pitch to create a smart city by “embracing the reinvention of transportation to accelerate human progress.” The proposal noted that Columbus had just won the first-ever U.S. Department of Transportation Smart City Challenge, beating out 77 other communities with its proposal to become a model for connected cities of the future.

Columbus is not alone. Around the world, as increasingly mobile workforces prize connectivity, seamless transportation and sustainability as the determining criteria for quality-of-life, cities – large and small – have recognized that technology has become the great equalizer. From Boston to Bangkok, cities are unveiling plans to link fiber optics, light rail lines, automated vehicles and 5G networks in a seamless grid of always-on mobility.

However, not everyone is on board with this movement. Privacy advocates recently launched a campaign to stop Alphabet’s Sidewalk Labs smart city project in Toronto, citing a lack of transparency and concerns about how the company is collecting and using citizens’ personal data. As more smart city initiatives continue to gain momentum, they will raise significant questions about the role of private enterprise in government, the reliance on untested new technologies and the very definition of infrastructure spending. Sidewalk Labs released its master plan for the project this past Monday in an effort to address some of those concerns and promise to create “the most innovative district in the world.”

One example that shows both the real-world progress and the complex maze of regulatory and infrastructure-related issues that go along with these types of initiatives is the U.K.’s recently-announced effort to revolutionize the way people find parking spots with mobile apps that identify open spaces and allow you to pay for parking from your phone. Before the project can get off the ground, however, government and local authorities need to agree on a single standard for parking data. Only then will app developers be able to access the information on available parking spaces, permitted times and pricing that they need to begin the process of creating digital parking apps.

While the initiative seems completely logical, it introduces a debate on data privacy and level of collaboration between governments and private sector companies that can make some people skittish. As parking consultant Steve Vollar told the BBC, “There will be a lobby who will object to online payment details and knowledge of their movements.”

Smart city technology development has also been a cornerstone of China’s trillion dollar Belt and Road initiative, which aims to connect Asia, Europe, the Middle East, and Africa with an enormous logistics and transportation network. Speaking at Beijing’s first Belt and Road Forum in 2017, Chinese President Xi Jingping outlined his vision for a “digital silk road,” explaining: “We should pursue innovation-driven development and intensify cooperation in frontier areas such as digital economy, artificial intelligence, nanotechnology and quantum computing, and advance the development of big data, cloud computing and smart cities so as to turn them into a digital silk road of the 21st century.”

Jingping’s comments highlight the important role that advanced technology and smart city development will play in determining future centers of strength in the global economy.  That’s an important piece to this puzzle when you consider that more than 60% of the global population will live in cities by 2050 and 600 mega-cities are expected to generate 60% of the world’s GDP by 2025, according to McKinsey.

But that doesn’t mean converting these cities into seamlessly connected digital utopias will be easy. Even with this tailwind of urbanization and steadily growing interest from a variety of players, the smart cities movement is fraught with challenges. Among them:

John Hayduk, Chief COO at Tata Communications, wrote that: “Today’s leaders and lawmakers face the unenviable challenge of keeping up with a deluge of new technologies that were unimaginable just a few decades ago. Drones, self-driving cars, advanced surveillance, digital finance, smart cities and robotics are just a handful of examples that have the potential to transform the way we live.

“Falling behind puts us at risk of two distinct threats. On one hand, advancement and adoption may be stifled by concerns about murky policy or a lack of accepted technological standards. On the other, innovation without thoughtful oversight raises the specter of security, privacy and ethical breaches.”

TORONTO, ON- JUNE 24 – Construction cranes along Queens Quay to the west of the Quayside site. Sidewalk Labs unveiled a conceptual scale model of the Quayside development, all the buildings will be tall timber buildings with the tallest at 35 stories. in Toronto. June 24, 2019. (Steve Russell/Toronto Star via Getty Images)

Answers will evolve in legislative chambers and corporate boardrooms and will be shaped by finance and tax policies, market forces, community pressure and technological advances. The stakes are high and the challenges immense. Success will require diligence, transparency and a commitment to scrutinize, assess and manage the opportunities and risks.