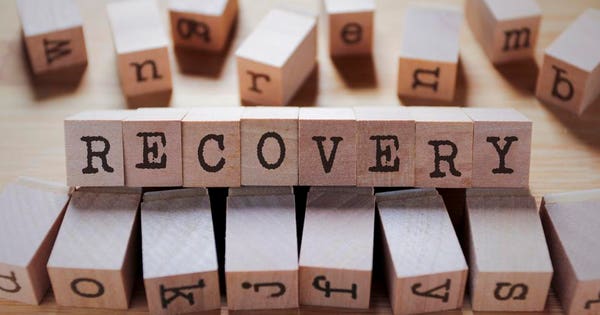 The worst recession since the Great Depression – the so-called Great Recession – ended ten years ago in June 2009. For many Americans, it has been a long arduous climb out of the depth of the recession. Modest growth, a slow labor market recovery and excessive income and wealth inequality have been the hallmark of the past decade. A series of policy interventions or lack thereof clearly show what to do and what not do to address these continuing problems as they persist.

Growth has been modest but has now lasted long enough to reduce unemployment below four percent and finally create much needed job opportunities for those who lost the most during the Great Recession such as communities of color and those without a college degree.

Income inequality rose and has remained high in the wake of the Great Recession. The richest Americans quickly saw their fortunes rise, while middle-class Americans waited for years to even see jobs come back and even longer to see some well-deserved raises in their paychecks.

Increasing wealth inequality has led to the highest concentration of wealth in the hands of the top one percent . Since the middle of 2017, the wealthiest one percent owned a record high of 31% or more of all wealth in the United States (see figure below). Middle-class Americans, especially women, people in rural areas and families of color lost a lot during the crisis and median household wealth – reflecting the experience of typical Americans still hadn’t gotten back to where it was before the Great Recession by 2016, the last year, for which data are available. Families owned a median wealth amount of $138,938 (in 2016 dollars) in 2007, but only $96,900 in 2016 — its lowest level since 1995. Families’ wealth has likely recovered since 2016, but families are still catching up to where they were before the Great Recession. After all, the share of total wealth for the bottom half of all household has finally recovered to 1.3% in the first quarter of 2019, the same level it was at the end of 2007. But that wealth share was well below the levels in the months and years preceding the Great Recession (see figure below).

The Obama administration inherited an economy in free fall in early 2009. They managed to enact a series of substantial policies that stopped the recession from turning into a depression and to bring about the economic recovery in 2009. The American Recovery and Reinvestment Act of 2009 (ARRA), what if often just referred to as stimulus, gave struggling Americans a boost in their unemployment benefits, Social Security benefits and paychecks. It also invested in infrastructure across the country, creating millions of new jobs, especially in construction and infrastructure. A number of additional policies such as a payroll tax holiday and additional infrastructure spending, among other effective spending initiatives, helped to start what has now turned into the longest period of continued job growth on record. It also created enough momentum for the economic recovery to likely reach a record length next month. The success of these policies is especially remarkable since the economy faced many headwinds from slow overseas growth to cuts in state spending that resulted in continued layoffs after the recession officially ended.

President Trump took over a strengthening economy that was in its eighth year of economic recovery in 2017. In quick succession, his administration and the Republican-controlled Congress worsened rather than helped address the dual challenge of below-average growth and excessive inequality. Labor market deregulations made it harder for workers to get paid fairly and build wealth for their own future. As one of President Trump’s executive actions he ended the proposed overtime protections for tens of millions of American workers before they could take effect. The Republican-controlled Congress then rushed an unpopular and wasteful tax cut in 2017. The tax cuts showered massive amounts of money on cash-rich corporations and the wealthiest Americans. Predictably, the tax cuts did not contribute to economic growth. In fact, economic growth slowed down a little more than six months after the tax cuts passed. The Congressional Budget Office estimates that whatever short-term gains there were from the tax cuts will be gone this year. Instead, the tax cuts predictably exacerbated economic inequality, boosting already-high wealth inequality even further, after the luckiest few had already gained the most during the recovery.

Many American families struggle with finding well-paying jobs that offer decent benefits, even a decade after the worst recession since the Great Depression ended. The twin challenges of modest economic and thus moderate job improvements, on the one hand, and excessive income and wealth inequality have not gone away. A lot of Americans have yet to recover from the onslaught of an economic and financial crisis more than a decade ago. The President and Congress need to address these challenges with effective policy measures.

The past decade has seen a series of large policy interventions, some successful, others unsuccessful . The lessons are clear. Policies such as infrastructure investments and boost to social insurance benefits help address the twin problems of subpar growth and excessive inequality. Supply-side tax cuts and labor market deregulations hostile to workers not only do not deliver, but actually worsen the problems. It is time for Congress and the President to heed those lessons and effectively help American families.

Jim Carrey’s Los Angeles Estate Hits The Market For $28.9 Million
Inside the ‘Wormhole,’ Relativity Space’s monster factory 3D-printing reusable rockets
Alphabet misses on earnings and revenue as YouTube falls short
States have $70 billion in unclaimed assets. How to check if any is yours
Montana Mountain Home Where Eagles Soar Asks $4 Million