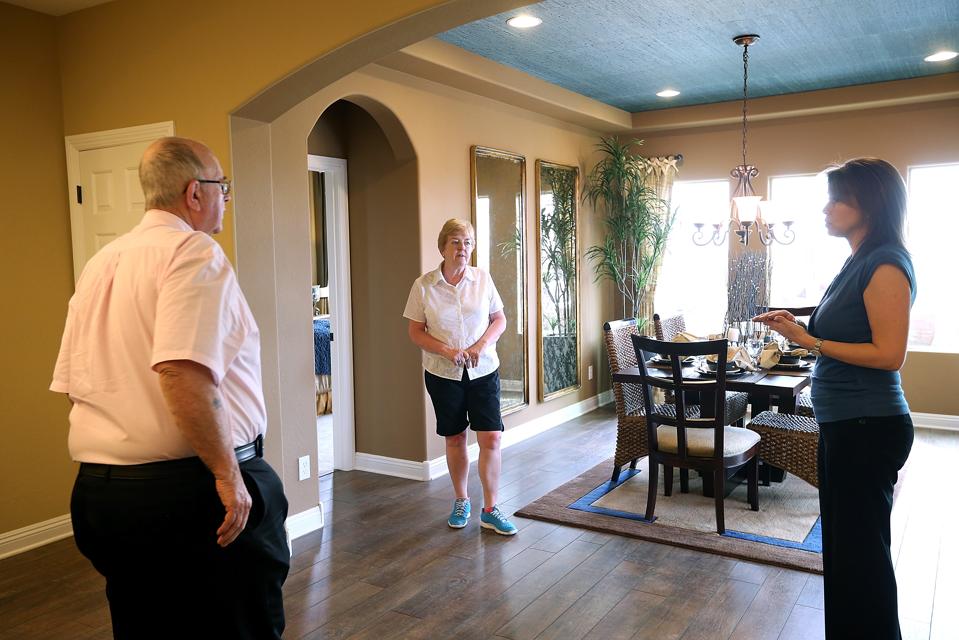 Baby Boomers are on the move, and it’s not just to the warmer Southern states. While the South continues to appeal to this age group, Boomers also are moving westward, notably to cities like Las Vegas and Phoenix.

Many older adults are downsizing and moving into rentals. Out of the 30 most populous cities in the United States, 16 experienced an increase of more than 40% in the age 60-plus renter household share between 2007 and 2017, according to research by RENTCafé. Austin, Texas takes the first-place spot as the city with the highest percentage change in the share of 60-plus renter households, increasing by 113% in the 10-year period. Phoenix shows the second highest increase of 112%.

RENTCafé analyzed Census data in the 250 largest U.S. cities and looked at the share and population of Baby Boomers in these cities by Zip code.

RENTCafé’s study shows that the Las Vegas Zip code 89138 occupies the first place in top 20 Zip codes with the highest net inflow of Boomers, 79%, in just five years. The Zip code is on the western edge of Las Vegas. The area experienced an increase of nearly 2,000 residents, according to the latest Census data.

Living in Las Vegas can be a smart choice for Boomers because in addition to the warm climate, Nevada has no state income tax or estate and inheritance tax. And there’s never a shortage of entertainment.

The second trendiest Boomer Zip code is 78754 in Austin, Texas, with a 74% rise in Boomer residents. Located on the Northeast side of town, within close proximity to two of the area’s largest parks, the residential Zip code gained about 2,800 Baby Boomers, according to the most recent Census reports. Looking at the bigger picture, Texas dominates the list with the largest share of Zip codes with the highest increase in Baby Boomers.

Third on RENTCafé’s list and home to the Phoenix-Mesa Gateway Airport is Zip code 85212 in Mesa, Arizona with a 66% increase in Baby Boomers. The area’s relatively affordable housing costs as well as the variety of leisure activities made this Zip code a top choice for almost 4,000 Boomers.

Baby Boomers also are flocking to Zip code 79119 in Amarillo, a city in the Texas Panhandle. The Zip was a magnet for 2,940 people in this age cohort, a 61% increase.

While members of the Baby Boom generation largely favor Southern states, they also are moving to Oregon, Washington and Idaho, according to the Harvard Joint Center for Housing Studies. Fifth on the RENTCafé list was Portland, Oregon, where the increasing senior population in the city and across the state is an ongoing trend. Zip code 97209 registered a 54% increase in Boomers, a gain of 3,619 older adults.

Here are 5 things to know about filing a tax return this year
You Shouldn’t Always Delay IRA Distributions
South Florida’s Trump Group Just Reset The Global Bar For Luxury Real Estate—Again
IRS warns tax refunds may be ‘somewhat lower.’ With high inflation, that’s a ‘double whammy’ for families, says advisor
Oscar-nominated ‘Everything Everywhere All At Once’ features an IRS ordeal, but here’s what really happens in an audit, according to tax pros