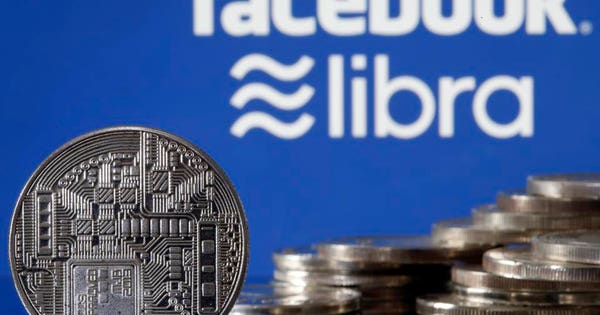 The virtual currency of Facebook Libra is a worthy effort but not the reason to invest in Facebook.

Facebook has started its own currency, the Libra. Bitcoin proved that you can create a currency without any government involvement although its wild price swings have kept it from being widely used.  Facebook can give its currency the scale needed to achieve a stable value by pricing its services in Libra. A stable-value Libra would be a license to print money and a big win for shareholders.

Facebook’s revenue last quarter was just over $15 billion. If this business was conducted in Libra, it would create a large ongoing demand for the currency that would provide enough trading volume for most people to conduct their business without causing wild swings in Libra’s price.

The reason for Bitcoin’s volatility is there is not much you can buy with it. Aside from some well-publicized pizzas, my sense is that most Bitcoin purchases are for things that the buyers and sellers wish to keep secret. Sometimes the volume of such transactions is large, sometimes it is not. Without a large, steady demand for the currency, the market for Bitcoin is not deep enough for its value to be stable.

Anyone who has ever tried to buy (or sell) a lightly-traded stock has experienced the same factors that keep Bitcoin’s price so volatile. If you want to buy more shares of such a stock than the specialist is offering (in many cases just 100 shares) you will take out that offer and then the next 100 shares will be at the next best, higher, price. If you wanted to buy 10,000 shares, you could easily move the price a lot higher if you bought it all at once.

Because the U.S. economy annually produces about 25% of the world’s goods and services, the market for U.S. dollars is deep. Just about anyone can buy or sell as many U.S. dollars as they want without materially changing the price. That makes the U.S. dollar a good way to store purchasing power.

Libra will have a hard time replacing the U.S. dollar. But in countries like Venezuela, a stable Libra could replace the local currency simply because it would maintain its value better.

Reducing the power of governments to steal their citizens’ savings by manipulating the currency would be a positive change in the world.

In a word, its called seigniorage. When the U.S. government prints a new $1 bill, it does not cost them a dollar. Let’s say it costs 5 cents for the paper, the ink, the labor, and everything else. The other 95 cents is called seigniorage and has traditionally belonged to the sovereign. If we were printing $100 bills instead of $1 bills, the seigniorage would be $99.95 instead of 95 cents — nice.

The greater the volume of transactions in Libra, the more Libra Facebook can issue, the larger the amount of seigniorage that accrues to Facebook.

With Facebook’s market cap just north of $500 billion Libra has the potential to double Facebook’s value if it becomes widely accepted which is far from a sure thing.

Throughout history, there have been many attempts to manage a currency so it maintains its value over time. No one has succeeded over the long-term, not even the U.S. The 29-page white paper Facebook released about Libra acknowledges many unresolved challenges. There is a wide range of possible outcomes, but this is a worthy effort for Facebook to pursue.

My Take: I put 10% of my bear market portfolio in Facebook before Libra was announced, on the strength of their advertising business as Robert Frazier, one of my managers who is an expert in social media, has explained in previous articles.

I think Libra is a smart thing for Facebook to work on. It does not add much value to the company at this stage. But it could be a big win for shareholders in a few years.

Use these links to receive an alert when I publish about Facebook or when Robert Frazier updates his views.

You Shouldn’t Always Delay IRA Distributions
What’s The Difference Between Roth IRAs And Roth 401(k)s – Updated For 2023
Oscar-nominated ‘Everything Everywhere All At Once’ features an IRS ordeal, but here’s what really happens in an audit, according to tax pros
Stocks making the biggest moves premarket: Wayfair, Salesforce, Paypal and more
Demand For Cold Plunge Pools Heats Up