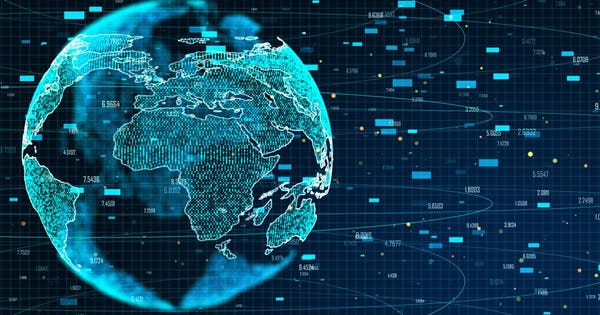 The G20 leaders are currently meeting in Japan to discuss closer economic cooperation, including in the domain of digital trade. At the preparatory G20 meeting of finance ministers earlier this month a notable progress was made towards an agreement on the reform of the international corporate tax framework. The proposed changes would lead to taxation of tech giants and their digital business activities.

Affecting, among others, companies such as Google and Facebook, these measures have been prompted by the increasing digitalization of the economy and the challenges this poses for national governments.

Countries have thus been exploring the ways in which to upgrade their tax systems to account for various digital business activities such as selling the user generated data. These are currently difficult to capture with the current rules and countries lose out on tax revenues. The OECD estimates that in 2015 alone, the cost of untaxed revenues from digital economy amounted to $240 billion.

Pending the global resolution to the issue, Europe has moved ahead with its own version of the so-called digital tax. For its part, in March of last year the European Commission introduced a proposal consisting of both a unified EU corporate tax base as well as the temporary Digital Services Tax.

Nevertheless, in light of the insurmountable opposition from some of the Nordic states, the proposal was earlier this year abandoned. Denmark, Sweden and Ireland expressed their reservations towards the idea of taxation of revenues, as opposed to profits, and warned that the Commission’s proposal was not compatible with the double taxation conventions, leaving countries open to potential lawsuits.

Notwithstanding these concerns, some of the other European countries such as the UK, France and Spain have unilaterally and within their own jurisdictions implemented measures similar to those proposed by the EU Commission. This has created a legal complexity and uncertainty not only in Europe but also globally, resulting in the need for the international community, including the United States, to act.

This has opened the way for a potential consensus building around the OECD/G20 initiative. The essence of the proposed OECD framework consists of two pillars. First, tax would be levied on profits based on where certain goods and services were used rather than where the company is located. Given that the digital economy often operates across borders, this will require an appropriate re-allocation of taxing rights in order to establish who collects what tax revenues and when.

The second pillar would eventually lead to a global minimum corporate tax rate in order to mitigate losses from companies taking advantage of loopholes by setting up their businesses in low-tax jurisdictions.

But while it is evident that the momentum is strong enough to bring countries to the negotiating table, it may still fail to lead to a real progress in what promises to be a long negotiation defined by technical and detailed issues. In other words, the devil is in the detail.

For illustration, here are five of some of the main issues that countries will have to overcome and pay particular attention to in order to reach a deal:

Undeniably, the growing sense of urgency among the G20 countries is palpable but the road to any meaningful outcome will be bristled with difficulty. The eventual breakthrough will depend less on the willingness to act than on the governments’ ability to overcome their differences. It seems, therefore, that the G20 summit of world leaders in Japan, attended among others by the Presidents of the USA and China,  poses itself as an opportunity for further progress.