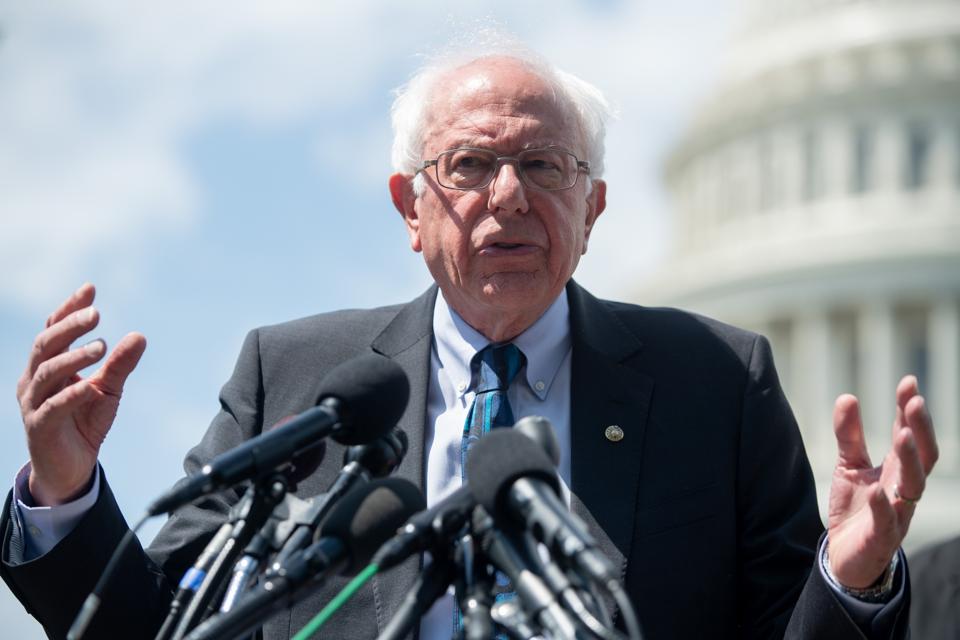 Presidential hopeful Sen. Bernie Sanders (I-VT) has introduced a plan to cancel all U.S. student loan debt. The debt, which currently totals $1.6 trillion, affects nearly 45 million Americans. The proposal would be paid for by a new tax focused on investors.

Sanders describes the tax as a “Wall Street speculation tax” and claims that it will raise $2.4 trillion over the next ten years. The tax – which is more properly known as a financial transaction tax (FTT) - would include a 0.5% tax on stock trades. The tax would apply to trades on a per transaction basis and would work out to a 50 cent charge for every $100 of stock. The FTT would also include a 0.1% fee on bond trades and a 0.005% fee on derivative trades. Deratives, like futures and options, can be tough to value, so the tax would be based on the value of the contract, and not the underlying assets.

While FTTs have been criticized as creating distortions in the market, proponents argue that it would reduce unnecessary trading and stabilize the markets. That’s because an FTT would necessarily hit high-frequency traders including those that rely on computers to quickly spot trading patterns and buy and sell quantities of stocks. If that sounds familiar, high-frequency trading was considered one of the factors that contributed to high-profile collapses like Knight Capital.

(Forbes’ contributor Len Burman co-authored a Tax Policy Center report on FTTs in 2016. You can read it here.)

According to Sanders, dozens of countries have imposed a similar tax, including Hong Kong, Germany, France, Switzerland and China. A 2012 paper (downloads as a PDF) prepared for the Committee on Economic and Monetary Affairs claims that $23 billion is raised each year by just seven countries through financial transaction taxes: half of this revenue is pulled in by the U.K. and South Korea alone.

A paper authored by Robert Pollin, James Heintz & Thomas Herndon estimating the revenue potential for the tax was published by the Political Economy Research Institute (PERI) at the University of Massachusetts Amherst in 2017. The study focused on the Inclusive Prosperity Act, which was introduced in the U.S. House of Representatives in 2012 and the U.S. Senate in 2015 (you can read the act, which downloads as a PDF, here). The authors concluded that the tax would generate about $220 billion per year, equal to about 1.2% of the current US GDP. You can read the paper here.

Sanders said about his proposal, “In a generation hard hit by the Wall Street crash of 2008, it forgives all student debt and ends the absurdity of sentencing an entire generation to a lifetime of debt for the ‘crime’ of getting a college education.”

Saying that “Every young person, regardless of their family income, the color of their skin, disability, or immigration status should have the opportunity to attend college,” Sanders pledged that if he made it to the White House, he would pass the College for All Act. That bill, S. 1947, which was introduced in the Senate, would include at least $48 billion per year to eliminate tuition and fees at four-year public colleges and universities, tribal colleges, community colleges, trade schools, and apprenticeship programs.

Like Sanders’ plan, Warren’s proposal would also be paid for with a tax. However, Warren’s tax focuses not on Wall Street trades, but on the holdings of the super-rich. Warren would impose a wealth tax of 2% on families with fortunes exceeding $50 million. The tax, dubbed “Elizabeth’s Ultra-Millionaire Tax” would affect the top 0.1% of households in the country or about 75,000 families. Warren estimates that the tax would raise $2.75 trillion over 10 years. You can read more about the tax here.

The wealth tax got an endorsement from a surprising source: some of America’s richest persons. An open letter to “2020 Presidential Candidates” calling for such a tax was signed by 19 people (including one “Anonymous”). Signatories included Abigail Disney, granddaughter of Roy O. Disney (co-founder of The Walt Disney Company), Facebook co-founder Chris Hughes, hedge fund advisor George Soros, and Asana co-founder Justin Rosenstein. You can read the letter here.