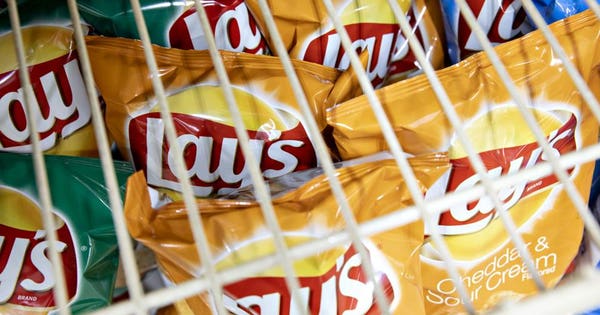 Once upon a time, PepsiCo had a Greek snack problem: Best Foods, a fast-growing start-up company founded by entrepreneur Nontas Ohonos.

That was back in the 1980s when PepsiCo entered the Greek market. The American giant had the scale and resources to expand into the market, snapping up Tasty Foods, a local snack company. But it didn’t have the entrepreneurial drive of Nontas Ohonos, who had already created a strong brand from scratch.

“When I started my company, Best Foods, with my brother back in the early 1980s, we had very few resources,” he says. “And capital equipment was too expensive. So we had to be very innovative, creating our own equipment. But it wasn’t easy. It took a great deal of experimentation to get the equipment and the product right. At times, we were frustrated. We almost went broke. But there was no way back.”

Eventually, the Ohonos brothers got things right — and their first Best Foods products lines, Foudounia and Lotto began to fly off the shelf.

The rest is history. Orders poured in, factory facilities expanded, and market shares soared, spoiling PepsiCo’s plans to expand its presence quickly into the Greek market.

But the American giant fought back, with aggressive marketing strategies to regain market shares.

But PepsiCo’s Greek problem wouldn’t go away. So Pepsi eventually had to buy Ohonos’ company out in 1992, and end his early career in the snack business. Or at least that’s what seemed the case at the time.

Now, twenty-seven years later, Ohonos is back with a group of snack companies, challenging PepsiCo again in the Greek market and neighboring Bulgaria and Romania.

How did it happen? Following the sale of his company to PepsiCo, Ohonos had plenty of money and time to pursue his fishing hobby.

But he wasn’t happy. “Fishing couldn’t help me suppress the energy I had inside me to create a new business,” he says.

Six months later, Ohonos was back to business, with a clear strategy derived from his previous experience, and his business motto: knowledge of the snack industry, acquisition of modern equipment, and development of dedicated employees.

An expansion into Bulgaria and Romania was a smashing success, and a new line of snacks under the Jumbo brand name began to flow into the Greek market, challenging, once again, the now largest player, PepsiCo.

John Papailias, commercial director of Halkidiki Flour Mills, isn’t surprised by Ohonos comeback. “Nontas Ohonos is obsessed with quality and innovation,” says Papailias. “And consumers in Greece and the other Balkan markets recognize it.”

The lessons? Entrepreneurship isn’t a just a career. It’s a never ending passion for the discovery and exploitation of new business opportunities.

Big multinational companies can buy out smaller enterprises, but they cannot buy the souls of the entrepreneurs behind them.

How ‘Skinamarink’ made $1.5 million on a $15,000 budget
Bank earnings scorecard: All the numbers are in. Wells Fargo, Morgan Stanley still our favorites
As interest rates climb, here’s why proposed caps on debt may not help reduce costs for consumers
Tax Cheats, Dodgers, Avoiders, And Evaders
SECURE 2.0 Helps You Shift From Taxable To Tax-Free Savings— But Your Employer Must Change Retirement Plan Documents To Allow The Option