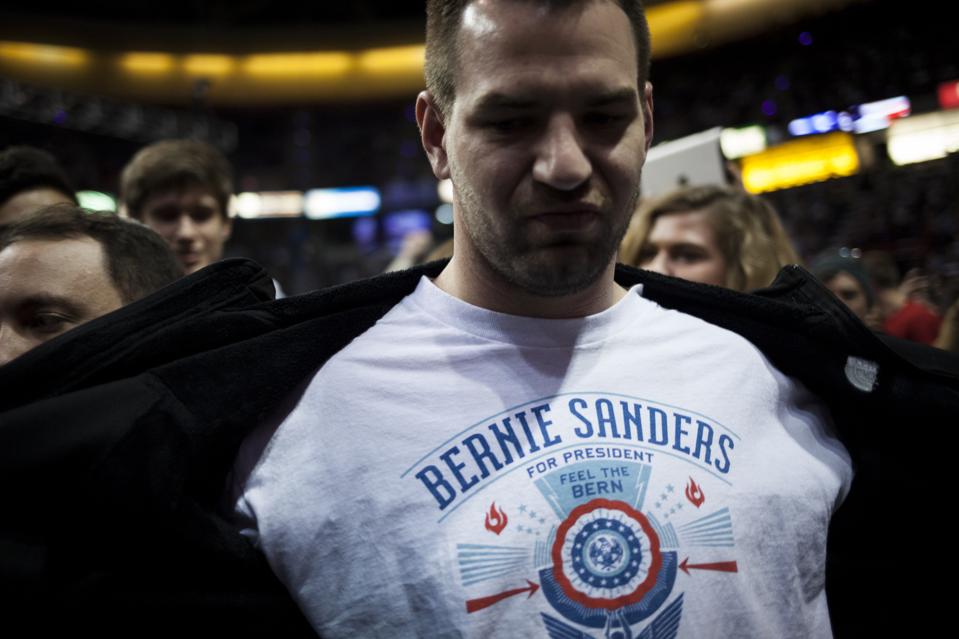 If you’re a rich Democrat, you wake up each day with self-loathing, wondering how you can make the world more egalitarian. Please tax me more, you say to your elected officials. Until then, the next thing you do is call your financial advisor to inquire about tax shelters.

If you’re a poor Republican, however, you have more in common with the Democratic Party than the traditional Wall Street, big business base of the Republican Party, according to a survey by the Voter Study Group, a two-year-old consortium made up of academics and think tank scholars from across the political spectrum. That means the mostly conservative American Enterprise Institute and Cato were also on board with professors from Stanford and Georgetown universities when conducting this study, released this month.

The fact that lower-income Republicans, largely known as the “basket of deplorables,” support more social spending and taxing the rich was a key takeaway from this year’s report, says Lee Drutman, senior fellow on the political reform program at New America, a Washington D.C.-based think tank.

”It is pretty striking that about a fifth of Republicans had views closer to the median Democrat than their own party,” he says. “A lot of them actually want a sizeable social welfare state. It’s a little bit of a puzzle why they don’t vote for the Democratic Party, other than long-standing cultural ties maybe and other ballot issues. What we have here is just one of the two parties stands out to have a bunch of its supporters in opposition to some of the party’s economic platforms but still gives them their vote.”

Across party lines, only 37% of respondents said they supported government getting active in reducing differences in income, close to the 39% who opposed it outright. Some 24% had no opinion on the subject.

Across party lines, Democrats were the ones who were most interested in a higher tax burden for the wealthy, though it is unclear if they considered themselves to be part of the income group that would be hit with higher taxation in a more progressive tax structure.

An overwhelming majority (79%) of Democrats earning under $40,000 a year wanted to tax the rich more. Democratic Party voters earning over $80,000 were 83% on board with taxing higher incomes at higher rates.

Democrats and Republicans also seem to parrot party narratives. If the Democratic line is that rich people don’t pay their fair share, and that low-income individuals are struggling due to discrimination, then it is the opposite for Republicans who take a more personal responsibility approach, by and large.

Some 67% of Democrats said people are poor because the economic system (read: capitalism) is unfair. Only 17% of Republicans think so.

Worth noting, only 37% of independents think people are poor because of an oppressive economic system, meaning the Democrats have lost the middle on that one.

Another 60% of Democrats think people are poor because they are being discriminated against. Only 13% of Republicans think so, and 29% of independents said that statement was “extremely” or “very” true/important.

On the low end of the spectrum, only 20% of Democrats said people were poor because they didn’t work hard, while 49% of Republicans believed that was the case.

Democrats are also convinced that wealthy people exploit those who work for them. A whopping 78% of Democratic Party voters said wealthy people either “somewhat” exploit or (“very”) exploit their workers. Some 38% of Republicans think so. But the Democrats here have a winner. A majority of independents (60%) also believe that to be the case.

Another takeaway: Rich people have got it made.

A majority of survey respondents regardless of party affiliation believe wealthy people hold too much sway in Washington and give undue advantages to friends and family.

This is the Voter Study Group’s second report on partisan views of economic policy.

“I did some analysis of 2016 data regarding (Bernie) Sanders and (Hillary) Clinton supporters’ views of economic policy,” says Drutman. “They were pretty much the same. That’s broadly true today, too. Democrats want more social welfare spending.”

Auto loan delinquencies are rising. Here’s what to do if you’re struggling with payments
Huawei turns to patents for a lifeline — including those in the U.S.
Qualcomm revenue falls 12%, guidance implies more pain this quarter
Stocks making the biggest moves midday: Meta, Align Technology, Coinbase, Eli Lilly and more
Stocks making the biggest moves before the bell: Apple, Alphabet, Amazon, Starbucks and more