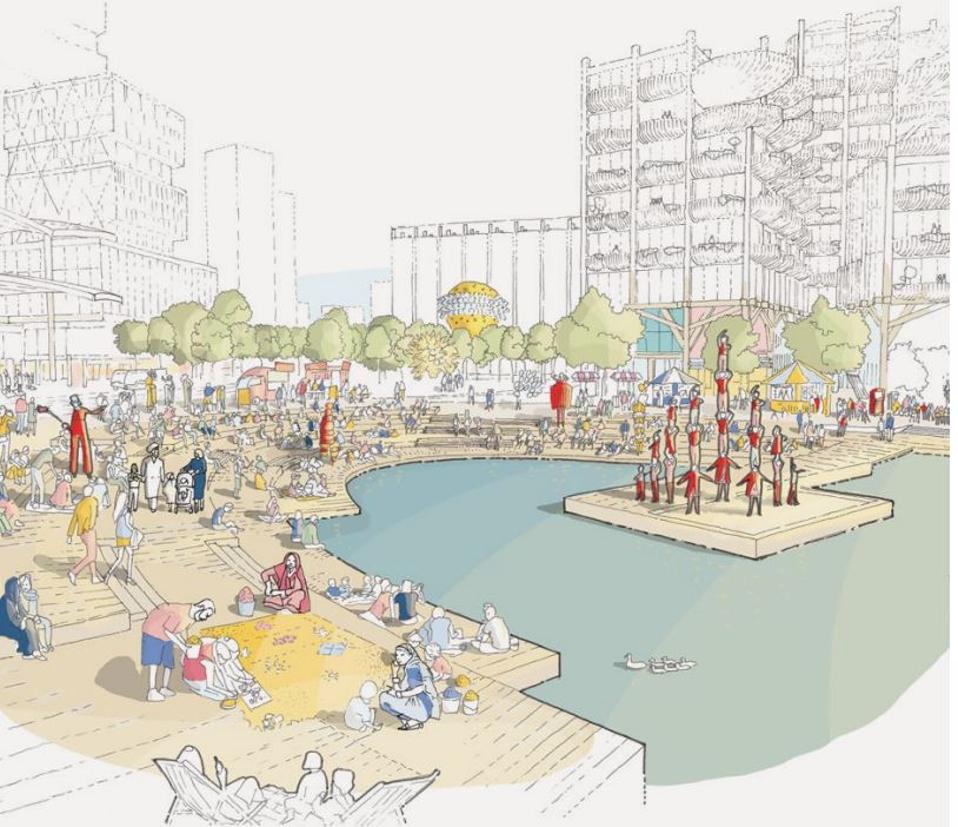 After a year and a half of public hearings and criticism, Google sibling company Sidewalk Labs just unveiled its master plan to redevelop a stretch of Toronto’s waterfront with “smart” features like snow-melting roadways, an underground delivery system and a slew of data-collecting sensors.

The 1,500-page planning document, viewable in segments below, will now go through a lengthy evaluation and public review process as the city decides whether or not it will move forward.

Dan Doctoroff, the CEO of the Alphabet subsidiary and former deputy mayor of New York City, touted the plan as a “groundbreaking blueprint for the neighborhood of the future” that is environmentally friendly and built for people of all income levels. Residential units make up 67% of the planned building in the Quayside district, for example, with 40% at below-market prices.

“We think it’s the first true articulation of what’s really possible when you combine cutting-edge innovation and forward-looking urban design to produce an inclusive community,” he said during a briefing with reporters on Monday.

Meanwhile, concerns about privacy and data collection have been rife within the planning process. Several advisers from Waterfront Toronto, a government agency working with Sidewalk, resigned in the past year due to privacy concerns, and Toronto citizens have formed advocacy groups like the #BlockSidewalk campaign.

Waterfront Toronto said in a statement that based on a read-through of the plans, it will require additional information to establish whether the initial proposals are in compliance with applicable laws and its own data principles.

The master plan outlines a capital intensive investment for Sidewalk, though also one that could potentially be incredibly lucrative. At this point, Alphabet’s subsidiary companies, called its “Other Bets,” have generated very little revenue. In the company’s most recent quarterly earnings, the “Other Bets” subsidiaries reported losses of $868 million and $170 million in revenue.

This story will be updated with more information. In the meantime, check out the planning documents below:

Microsoft beats on earnings as cloud unit shows strong growth
Amazon, Google, Meta, Microsoft lay off thousands — but tech jobs are still hot in 2023, Indeed finds
Cramer’s lighting round: Teck Resources is a buy
Transformative Real Estate Projects Worth Monitoring In 2023
Southwest CEO maps out a recovery after holiday meltdown: ‘We have work to do’