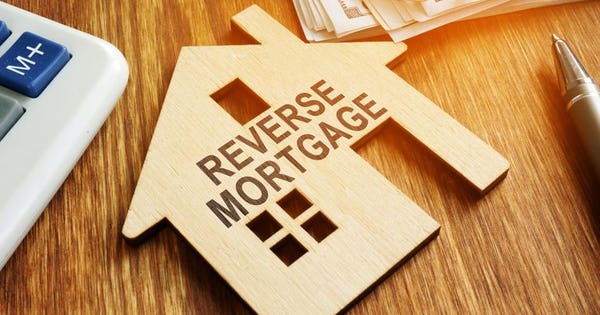 A few years back, I conducted and published research in the Journal of Financial Planning that showed Americans don’t understand reverse mortgages. In fact, respondents scored below 50 percent on a 10-question true-false quiz.

One possible explanation for the poor performance is a lot of misinformation floating about. A recent USA Today article titled “Considering reverse mortgages? Better to reverse course on this risky course” confirms my belief. The article contains many half-truths and misunderstandings and projects a negative connotation of reverse mortgages onto the reader.

It’s a similar uphill battle that annuities have faced – a somewhat complex concept that needs to be carefully reviewed, but it’s attacked and misrepresented in the broader media. As a result, people tend to shun annuities and reverse mortgages in their financial planning.

I often describe both annuities and reverse mortgages as oversold but underutilized. Because of a general consumer distrust and misunderstanding of the two products, the industries behind them have ramped up marketing and sales efforts. In some cases, though – like with celebrity ads on TV – this can actually push people further away from the products.

The article also covers the basics of a reverse mortgage: they can be attractive because they allow seniors to tap into their home equity to support cash flow. But the accuracy stops there.

And sure, reverse mortgages do have additional costs – payment into the FHA insurance fund – that not all forward mortgages have. But this payment offers up a product feature other loans don’t – the ability to not make money payments and never owe more than the value of the house on the loan. So yes, there’s an additional cost, but for an additional feature. We need to look at the entire situation before jumping to a conclusion.

Half-truth #2: Reverse mortgages are too expensive

Another misconception pushed in the article about reverse mortgages is its high cost. Reverse mortgages can absolutely be too expensive for the solution a client needs with closing costs, insurance premium and interest owed.

However, like any product, you need to review its value and not just look at the dollar amount. A new Lexus costs more than a 15-year-old KIA. That doesn’t mean one vehicle is better or worse based on price alone. You need to attach the price to its value and compare. This is similar with financial products. Reverse mortgages under the HECM program have features that are unique when compared to traditional mortgages, like the non-recourse aspect of the loan and that while the borrower lives in the home, there is no requirement to make monthly mortgage payments.

The USA Today article mentioned a scenario of how a reverse mortgage debt could grow substantially over time.  The article basically laid out an example of owing $1.5 million on a loan with a principal borrowing amount of $700,000. However, the article made no mention of the non-recourse aspect. So if the borrower had a home that ends up being worth $700,000, you can’t owe more than the value of the home with a reverse mortgage. So while there is a substantial cost with compounding debt interest on a loan, this is limited to a degree because of the non-recourse aspect of reverse mortgages. And furthermore, if you end up borrowing more money than your home is worth through the course of the loan, you made a smart financial decision, not a bad decision. You got more out of the loan than your home was worth. Showing dramatic debts without mentioning the non-recourse aspect of the loan leads to half-truth scare tactic. You need to understand the costs but also the protections the loan affords.

Longevity isn’t an automatic negative factor with reverse mortgages as it’s commonly believed. Many people see this retirement income product as a quick fix in a pinch for the short term. But reverse mortgages have been shown in numerous research projects to be more beneficial – not less beneficial – when there’s longevity in place. Therefore, reverse mortgages shouldn’t be viewed as a short-term fix – a traditional line of credit might be better. Instead, they should be considered as a long-term solution.

If you live to the age of 100 and took out a reverse mortgage that pays monthly income at 62, that’s when the homeowner “wins” the most. You’ll borrow more, make no monthly payments, and could have the loan secured by an asset with less value than what you received.  Utilizing a reverse mortgage early in retirement has also been shown to extend the longevity of an investment portfolio by helping to offset poor market returns (sequence of returns risk) early in retirement.

Like any retirement income strategy, reverse mortgages need to be researched, reviewed and considered beforehand. Don’t base your opinion on just one source. Reverse mortgages aren’t appropriate for everyone, as they come with costs and risks, but you might have the ideal situation.

On a higher level, we need to encourage more transparency and broader incorporation of all products – annuities, investments, reverse mortgages – into financial planning.  Pushing only one way puts Americans in a worse place for retirement.

The Average Rent In Boston Now Rivals Bay Area Cities
SECURE 2.0 Helps You Shift From Taxable To Tax-Free Savings— But Your Employer Must Change Retirement Plan Documents To Allow The Option
When Life Gets In The Way Of Your Retirement Plans
Hasbro warns of weak holiday quarter results, cuts 15% of its workforce
Tax season starts with boosted IRS workforce, new technology as agency begins to deploy $80 billion in funding