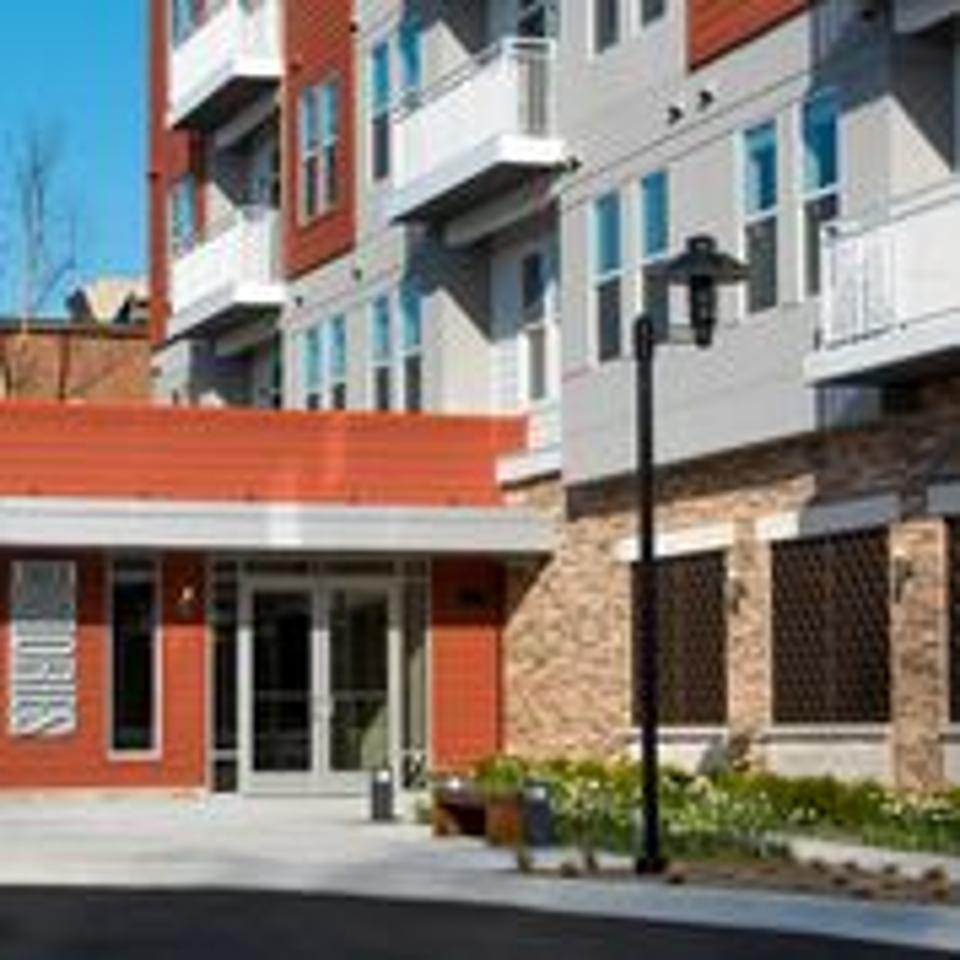 All the recent studies show that people want to remain in their homes and in their communities as they age, and the importance of community can’t be overstated. That’s how Ryan Frederick sees it. He’s the founder of SmartLiving 360, a concept in living that’s more than just building spaces that accommodate our needs at various life stages. “Where you live really does matter—social connections, your purpose, your overall health and well-being,” Frederick says.

The first community he helped develop (in partnership with Federal Realty Investment Trust, a public REIT) is The Stories at Congressional Plaza, in Rockville, Maryland. It’s an all-ages, walkable, mixed use community that opened in 2016. The Stories comprises two buildings—one new with 48 apartments and one existing with 150 apartments. All are rentals. The apartments have well-appointed kitchens with custom cabinetry, stainless appliances, quartz countertops. Bathrooms boast showers with bench seating, slip resistant tiles and blocking behind the walls for grab bars if needed in the future. Residents can customize their units with technology. It’s pet friendly and has a fitness center and a club room with a fireplace and a catering kitchen. There’s also a conference room with features designed with flexibility to support telehealth in the future.

More important is The Stories’ connection to its surroundings—the proximity to public transportation, shops, restaurants, entertainment. “People are not age-restricted and isolated; there’s an anchor in the wider community,” Frederick says.

The buildings filled quickly. “People in their 40s through their 90s, Millennials, families. In some ways, it’s representative of a traditional apartment building,” Frederick says, “but we’re able to get people who are a little older who saw this as a place that would work for them.” In fact, a number of people responded by signing multiple year leases, an unusual feature in an industry that primarily offers one-year or shorter leasing terms.

It’s a community in the truest sense of the word, with an emphasis on neighborliness. “We have had people organically create their own programming and activities. It’s ‘Your community; how can we help you make it what you’d like it to be?’ We ask, ‘What can we do in the built environment and the design of our spaces to make it easier to know neighbors?’”

To that end, when people move in, they fill out a storyteller profile. Then, a lifestyle ambassador, makes “a light connection based on that,” Frederick says. For example, a former French teacher moved in who was interested in tutoring children. Another profile was of a woman homeschooling her daughters, one of whom was learning French. The lifestyle ambassador was able to “do some subtle matchmaking,” Frederick says. “It led to some informal French tutoring, but it really led to a deeper intergenerational relationship. The kid didn’t have a grandparent in the area, and the French teacher has enjoyed working with young people. That wouldn’t have been possible in an age-restricted community and would be less likely to happen in a normal apartment building because they’re not focused on that.”

These lifestyle services can increase well-being and help people find purpose. And they also help stave off loneliness, an epidemic for people of all ages according to the former surgeon general, Dr. Vivek H. Murthy. Further, a Harvard study that followed 700 men for eight decades found that the men’s current happiness and life satisfaction—regardless of how they lived their early lives—affected their health. And the things that make them happy are social interactions and good quality relationships with others.

SmartLiving 360 is proof of concept for Frederick. The cohort is too small to show hard stats, but anecdotally, Frederick says “the turnover is low and people are opting to stay in the apartment building longer than they would in a ‘normal’ apartment building. More people see this as home as opposed to it being a jumping off step.”

Frederick’s model is to partner with developers and work with apartment buildings where they can make modifications in physical design and operating model. He also sees an opportunity to work with health systems and payors who are increasingly motivated to keep people healthy in the community. He’s “looking at the big picture,” he says. “We often spend money on health care once something happens. We spend very little on preventative measures.” But this kind of housing—at the intersection of the built environment and our health is what is going to keep us feeling better and in the end cost us as a society less.

“We’re on the cusp of a transformation of how we think about the role of place, including housing, and healthy aging. Expensive seniors housing models that bundle services and are located separate and apart from society will face increasing pressures,” Frederick says. “Baby boomers have a different mindset than their predecessors and many lack the financial resources to pay for these traditional models. Instead, expect well-located, cleverly designed and affordably priced apartments with a focus on the well-being of the individual and an operating model that delivers services on an as-needed basis to be a key part of this new chapter in housing.”

IRS warns tax refunds may be ‘somewhat lower.’ With high inflation, that’s a ‘double whammy’ for families, says advisor
Almost half of Americans think we’re already in a recession. Here’s how to prepare if they’re right
Uber Freight cuts 150 jobs, about 3% of the unit’s head count
We’ll need natural gas for years — but can start blending it with green hydrogen today, CEO says
Luxury retailer LVMH is optimistic as it sees Chinese shoppers and tourists returning